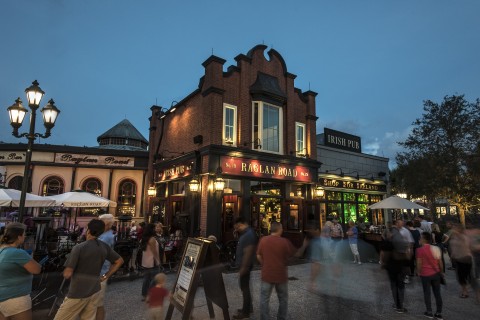 Walt Disney World can prove a weirdly difficult place to find a bite to eat late at night. The majority of Disney eateries close around the same time the parks do while the rest shut their doors by midnight. Perhaps like Cinderella’s carriage crew, the cast members inside all turn back into field mice and woodland creatures when the clock tolls 12…

The good news is guests looking for a late nosh aren’t doomed to a night of forlorn munching on free peppermints. We’ve gathered six of the best places to eat late at Walt Disney World. 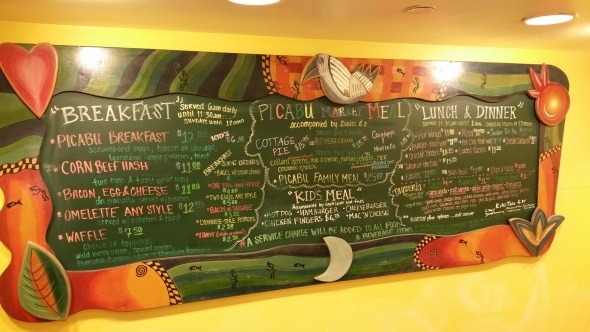 We can’t gush enough about Picabu Market, the 24-hour eatery tucked into the deepest corner of the lowest level of the Walt Disney World Dolphin (right next to where Gandalf fought the Balrog, I think). Despite its tricky-to-find location (seriously, ask someone if you get lost), this has become our hands down favorite place to eat super late at Walt Disney World.

Picabu offers a number of delicious hot dishes like rich potatoes, tasty corn, and pot roast, but the highlight of their menu is the burrito and taco bar. Similar to Chipotle, guests can customize a taco plate, burrito, or bowl of their choice, and the meats and toppings are richly spiced and delicious. Picabu also hosts a respectable snack shop and a wide range of drink choices. Even with picky eaters, you seriously can’t go wrong at this hidden gem. 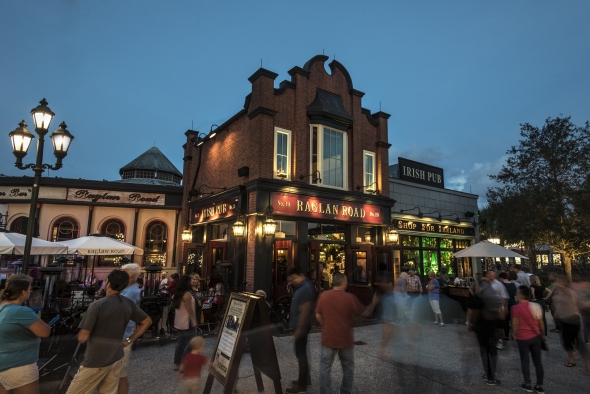 One would assume that Disney Springs would be a no-brainer choice for late night eating at Walt Disney World. However, scoring midnight eats here can prove hit or miss. The good news is that Disney Springs has several locations in The Landing area that have a solid track record for being open late.

The go-to destination is Raglan Road. On most nights, this rollicking Irish pub offers appetizers until 1:30 AM including burgers, wings, potato wedges, and desserts. It’s quick service fish-n-chips counterpart, Cookes of Dublin, is also usually open until midnight.

If you’ll be arriving before midnight, Bongos Cuban Café and express window are both great options if you are looking for more lively fare like empanadas, short ribs, and paella. Paradiso 37, Taste of the Americas also holds similar hours with an eclectic Latin American menu. The landscape of Disney Springs is constantly changing, so make a point to check the hours for the day at any eateries you are considering, particularly if it’s a weekday.