Missing your favorite rides? It is now easier than ever to relive your favorite moments from Walt Disney World vacations. I would be surprised if there was a single ride from Disney present or past that you couldn’t find a ride video for on YouTube. Just do a search for the ride name and enjoy!

Ambient music and attraction audio are just as easy to find. Once again, YouTube is your friend, as is Spotify. There are entire playlists of background music from throughout the parks you can listen to any time you like. I will admit that I usually listen to one of these playlists whenever I write an article for Theme Park Tourist.

Really want to revisit the magic as if you were actually there? Google Street View recently released a number of new galleries, maps, and 360 degree panorama photos for virtual touring Walt Disney World. If you have Google Cardboard or an Oculus VR rig, there are even a number of videos and Walt Disney World VR experiences you can try. Pretty cool!

3. Have a Disney magic night 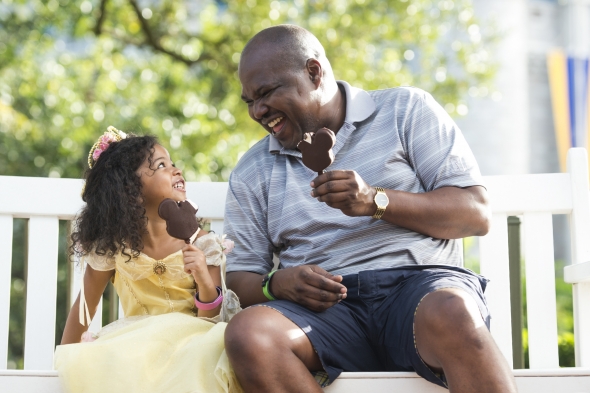 There’s no need to cut off the pixie dust cold turkey as soon as you get home. Are dad and the kids moping around like Eeyore and Ms. Sadness? Plan a Disney magic night!

The possibilities are endless for how you can do this, but an easy suggestion is to have a Disney movie marathon. Maybe you’re a fan of the classics? Consider a family tour of Disney’s Golden Age of Animation. Maybe you’re in the mood to take on the entire Pirates of the Caribbean series or have your own Pixar fest. Even a Star Wars marathon is technically a cure for the Disney shakes now.

Don’t stop there. Home chef Disneyphiles have posted hundreds of recipes online for replicating your favorite Disney dishes at home, from Mickey Mouse waffles to DIY Dole Whip. Bring the family in on the fun and cook an entire Disney themed meal together. Oh, and you know how only kids can wear costumes at Walt Disney World? There’s no need to Disneybound at home unless you want to. Have a family costume party to enjoy your Disney magic night!