Park Showdown: Which Disney Park Has the Best Food? 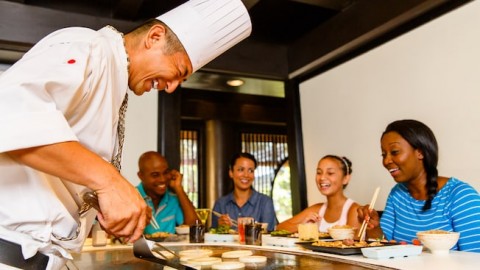 Are you feeling hungry right now? I should warn you that before this article is over, you might feel a bit peckish. Grab a snack before you start just to be safe. We’re about to talk about all the exquisite food options at the Most Magical Place on Earth.

Walt Disney World contains four distinct theme parks, each of which has its own plusses and minuses. Sure, the pros dramatically outweigh the cons at all of these places, but no theme park, not even a Disney one, is perfect. Today, I want to discuss a particular strength of each park to decide which Disney gate is the best. And to keep things interesting, I’m going to add Disney Springs into the mix. Here are my rankings of the best places to get food at Walt Disney World. 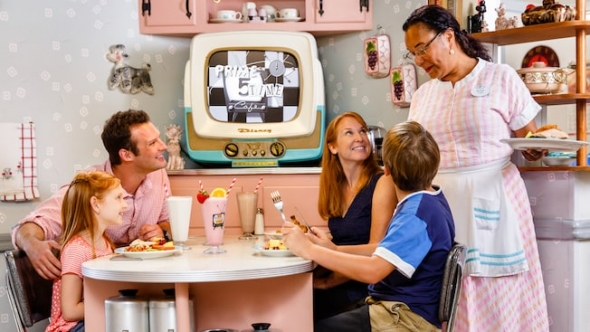 Image: DisneyThe first thing I should do is establish the rules for this exercise. Quantity and quality are both factors here. Hollywood Studios finishes in last place due to the former, not the latter. I’m a huge fan of 50’s Prime Time Café, and The Hollywood Brown Derby is one of the most impressive Signature Dining experiences at Walt Disney World.

I also love the Minnie’s Seasonal Dine character meal at Hollywood & Vine even though the food is thoroughly mediocre. And the truth-in-advertising part of this evaluation is that I’ve spent multiple birthday dinners at Sci-Fi Dine-In, possibly my favorite overall meal experience anywhere on the planet. Clearly, I have a bias toward some of the restaurants here. Why do I rank it last? 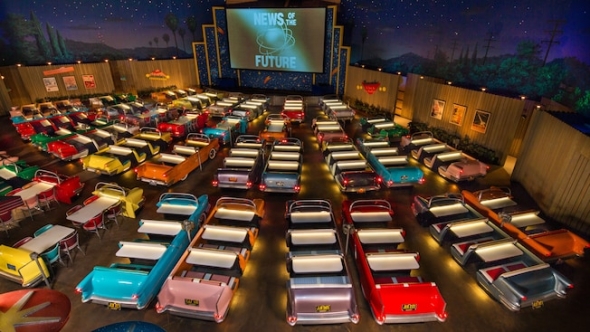 Image: DisneyName the best Quick Service meal at Hollywood Studios. I think it’s ABC Commissary, but the competition is like a children’s baseball game. Everyone’s happy if most of the kids hit the ball and then run to the right base. When Star Wars Land opens, the dining issue will become a discussion point.

This gate has two great Table Service restaurants, an overpriced but entertaining character meal, and an extremely expensive Signature Dining option. Also, it has the worst Italian restaurant at Disney, possibly even the entirety of Orlando. While some of the options are phenomenal, other theme parks on the campus are undeniably better. 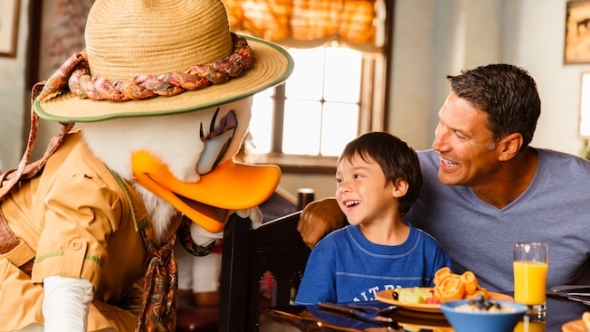 Image: DisneyNow things start to get interesting. I engaged in a lot of debate before deciding on third and fourth place. The positives for Animal Kingdom are readily apparent. While Rainforest Café is a middling chain restaurant placed at the park entrance, the other three Table Service establishments here range from good to exceptional.

Tiffin’s Restaurant is pricey, but you get what you pay for thanks to the exotic flavors on the menu. Tusker House is a delightful character meal in a marvelous themed setting. And Yak & Yeti Café is my favorite third party-operated restaurant at Walt Disney World. The one caveat here is that I’ve made the determination that adjacent resort restaurants shouldn’t count. We’re only discussing food at the applicable locations today, which takes Boma and Jiko off the table. So, the sit-down meals at Animal Kingdom are good but not the best. 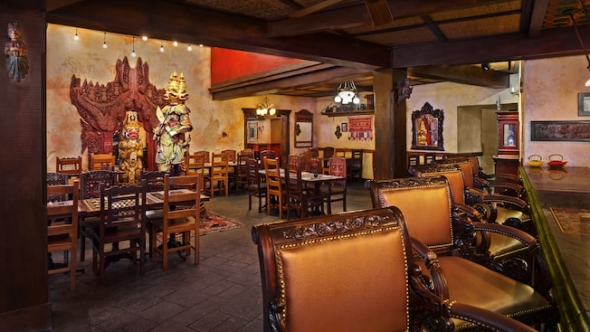 Image: DisneyThe counter service options have improved a lot recently. While Harambe Market and Flame Tree BBQ were already popular, Disney added a game-changer at Pandora – The World of Avatar. The food at Satu’li Canteen is novel, with meal presentations like no one has ever seen before at a theme park restaurant. Its addition has strengthened the Quick Service lineup at the park.

Overall, I have only minor gripes about the quality and quantity of options at Animal Kingdom. Its placement in fourth speaks to the overall strength of food services at Walt Disney World.