Just past the International Gateway, one of the hidden gems of Walt Disney World is visible. Disney’s BoardWalk is a bit incongruous for the area, but this tourist hub is part of a distinct plan. The company wanted to recreate an iconic slice of Americana in a new location. Today, we’ll look at the history of the BoardWalk entertainment district, explaining why Disney loved the concept and how they constructed such an authentic replica. 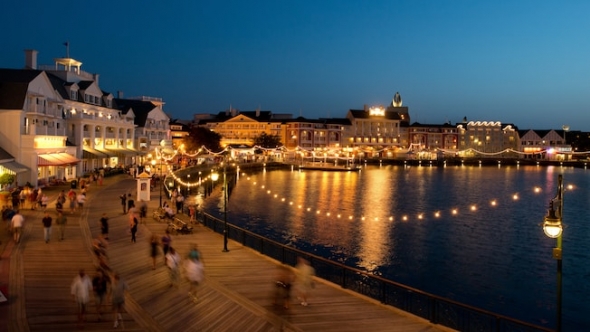 Image: DisneyWhen you think about Atlantic City now, your mind pictures a tourist destination, a place where residents of New York, New Jersey, and other nearby states love to spend a weekend or part of summer vacation. They hang out for a few days at this timeless oceanfront vacation spot, relishing time on the beach. They may have some fun at the casinos, too, although gambling’s hold on the city has diminished in recent years.

What you may not know is that Atlantic City is also home to the original boardwalk. Back in the 19th century, the sleepy little city by the bench wanted to attract tourists. City planners understood the appeal of the water. They also recognized that the town didn’t offer much else, though. They embarked on a new strategy, a way to entice guests to visit frequently. 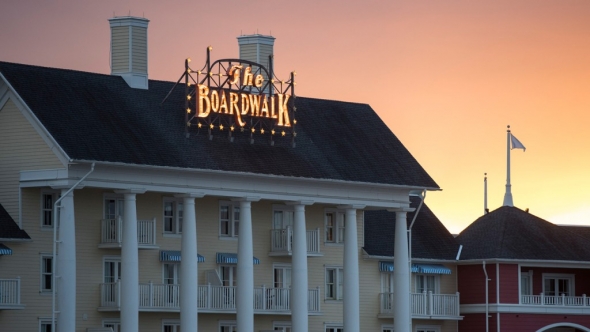 Image: DisneyThe key to their plan was to build over the beach. No, I don’t mean to pave paradise and put up a parking lot. Instead, they added a second level to the beach, so to speak. On the level above the gorgeous sand, Atlantic City constructed new infrastructure. It was capable of hosting shops and restaurants, ones that guests could walk by on their way to or from the beach.

This boardwalk also solved the largest problem with building around a beach. It’s the issue hidden in plain sight, the sand. You know that sand tracks everywhere, and it gets in all sorts of crevices. After spending time at the beach, you’ll find sand in your clothes, your bags, and…less comfortable places. With a new public space that was controlled the amount of sand, Atlantic City quickly grew in reputation as a great place to spend time, a reputation that it’s maintained for almost 150 years.