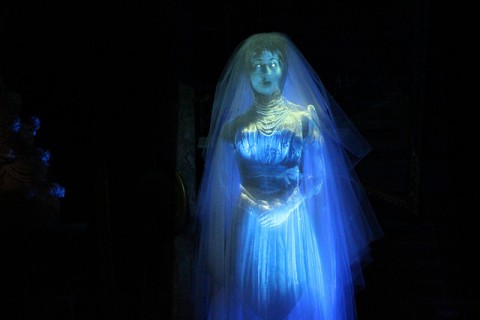 What is it about a good scare that captivates us as theme park guests? While gentle souls and families with small children might carefully avoid intense attractions, for many Walt Disney World visitors, it’s thrills or bust.

Scary attractions are a surprisingly controversial issue. Some visitors scoff in protest every time a new coaster is added, while others have criticized Disney for failing to keep up with Universal Studios in terms of properly jarring attractions. Still, Disney has been no stranger to scary rides—some of which might surprise you.

You might have never found any of these scary (for you are a mighty OAK in the face of fanciful peril). On the other hand, just the mention of them might send you into shudders. No matter who you are, these are some of the attractions in Disney history which struck the deepest chords with visceral fears in audiences.

It is worth noting that a few runners up didn’t quite make our top twelve. The Magic Kingdom mountains narrowly missed our list because the main scare factor in all three is specifically that they are roller coasters (other than Space Mountain which has the dark element). Rock N’ Roller Coaster is intense but is so upbeat that it keeps it from being too scary. This is, of course, purely a matter of opinion. Part of the fun of this is hearing your responses, so let us know what your top 12 would look like!

Fear isn’t just about coaster loops and drooling aliens. While a Fantasyland dark ride might seem like an odd choice, there’s no denying that Snow White’s Scary Adventure was one freaky attraction.

Unlike the Disneyland version which took a slightly gentler approach into poor Snow White’s worst day ever, the Walt Disney World version lured you in with sweet birdsong to thrust audiences headfirst into all the spookiest nightmare-scapes of the classic story. Even for adults, it was properly unnerving. From the sudden reveal of the Evil Queen’s haggard form to the tortured skeletons ornamenting her castle to the grasping fingers of the cursed forest, the whole ride screamed childhood terrors. The only two respites from the creep-factor were a brief jaunt through the dwarves’ cabin and a blink-and-you-miss-it fairytale kiss at the end.

While the scare factor remained firmly in the PG-friendly realm of Fantasyland, we would be remiss if we didn’t acknowledge that Snow White’s Scary Adventure definitely lived up to its name. 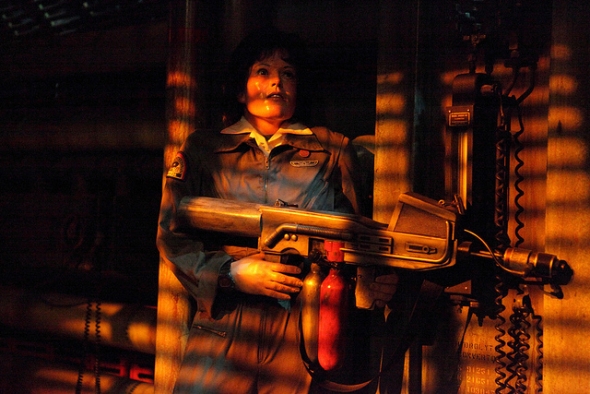 Everyone’s favorite tour through cinema history almost didn’t make our list. After all, The Great Movie Ride was an upbeat, slow moving attraction full of quirky humor. Sure, Munchkins are creepy and there was the whole cackling witch popping out of a tower of smoke thing, but unless you were seriously scared of synchronized swimming or 1920’s mob movies, The Great Movie Ride offered a fairly tame ride experience.

Oh, except for that one scene.

The Alien section of The Great Movie Ride remained controversial throughout the entirety of its run. The internet frequently hosted rumors that Disney had removed it from the ride to make it more kid friendly, which of course was untrue. While very brief, the short segment where audiences entered the the self-destructing Nostromo was, for a time, one of the scariest things in Walt Disney World. For some kids, keeping your eyes open during this section became a rite of passage. In a way, the Alien scene ended up proving a tiny preview for what ultimately became our #1 pick (keep reading if it isn’t obvious). 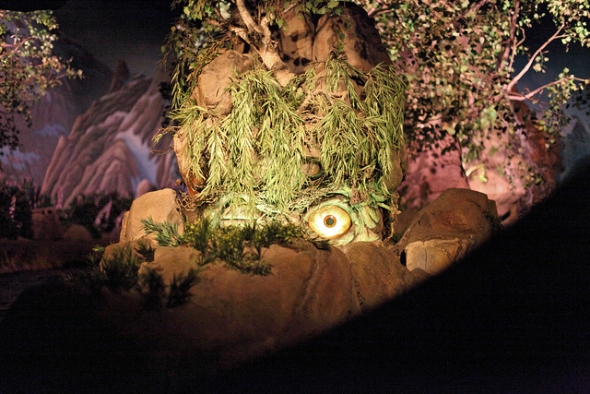 We can’t go on enough about how much we miss Maelstrom. It easily landed on our list of Disney’s strangest attractions ever, and World Showcase just isn’t the same without it (dancing snowmen… BAH!). It is possible that this kooky hodge-podge of a gentle tour of Norwegian culture and bonkers thrill ride probably didn’t strike any fear chords in you.

If you didn’t like trolls, however, Maelstrom had them in spades…

As a kid, I was admittedly terrified of Maelstrom because of the trolls. The ride’s wacky set-up didn’t help. It only made the experience more disturbing, like some sort of heavy metal video gone mad. While this made me love the attraction as an adult, it scared the heebie-jeebies out of me as a kid. Every way you looked, the thing-under-the-bed was watching with glowing yellow eyes. Oh, and the gift shop at the end filled with gnarled micro-trolls definitely drove it home. While it was a fan favorite, there’s no doubt that Maelstrom definitely at least landed on many guests lists for scary attractions. 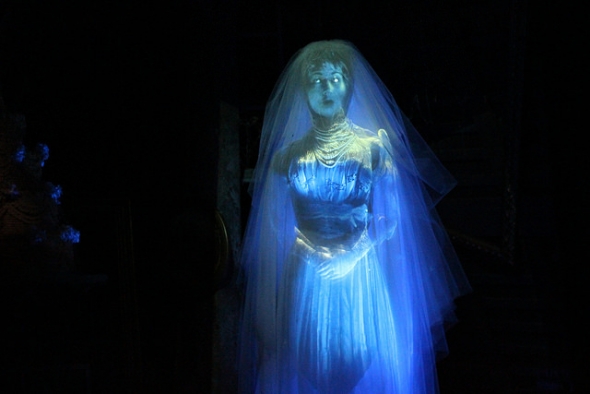 This one is a surprisingly controversial pick. “The Haunted Mansion isn’t scary at all!”. Still, with its gravestones, ghosts, and ghouls, there’s no denying that Disney’s Haunted Mansion still maintains its own flavor of scary.

Scared of closed spaces? The pre-show presses you into the stretching, contorting horror room of your nightmares. Scared of death? Before you even get on the cart, audiences are startled by the lightning illuminated sight of a swinging corpse. Don’t like things jumping out at you in the dark? Haunted Mansion is full of freaky ghouls popping out from behind gravestones, hellish ghosts, and let’s not forget the soulless gaze of those freaky busts whose eyes follow you wherever you go… Disney’s Haunted Mansion may be whimsical, but it is still a haunted house and carries plenty of scares to hold to its namesake.