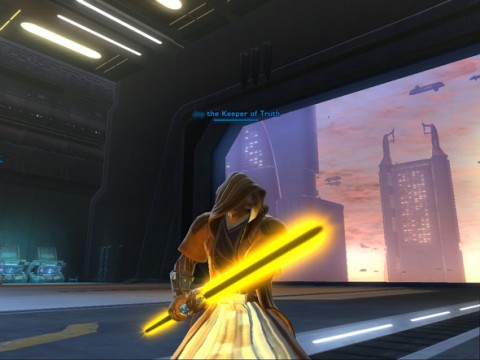 Writer's Note: This feature was written before the opening of Star Wars: Galaxy's Edge. However, we were excited to see the theories in this piece actually panned out!

With the arrival of Star Wars: The Last Jedi in theaters, fans are hungrier than ever for news about Disney’s ambitious plans for Star Wars Land—aka Galaxy’s Edge-- due to open in 2019.

Since confirming the project at D23, Disney has set the bar higher than ever before for the incoming Hollywood Studios expansion. Galaxy’s Edge won’t just be Tomorrowland with a Star Wars spin. Disney plans to change the landscape of theme parks forever with the creation of a land where guests don’t just visit and observe adventures and props from that galaxy far, far away, but where they actually become part of the Star Wars universe. While Disney has been generous regarding details about the project—from plans for a stunningly immersive Star Wars resort to hints about flagship attractions—what we have seen so far is only the tip of the iceberg.

While we can garner few hints for Disney may have in mind from news releases and their previous work of Pandora: The World of Avatar, there is another unusual source where Disney Imagineers may have been pulling some inspiration.

Indeed, the connections between Star Wars: Galaxy’s Edge and a pair of popular Star Wars videos games are far closer than you might realize.

1. The power of immersion 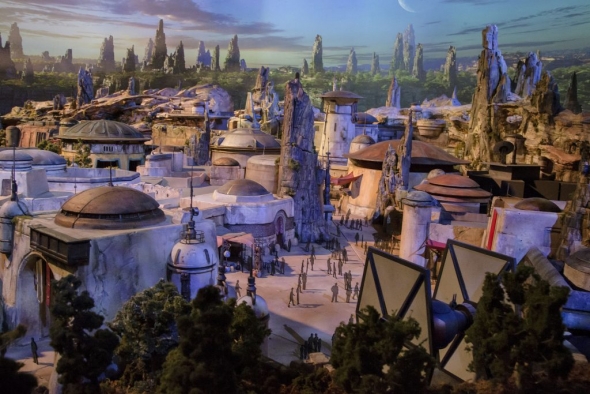 “Immersion” seems to be the favorite buzzword of Imagineers in recent years. Both Universal’s Wizarding World of Harry Potter and Disney’s Pandora beautifully showcase the power of immersion in the theme park setting. Gone are the days of simple prop museums and ambiguous dark rides. Modern audiences don’t just want to observe their favorite stories—they want to dive head-first into them.

Video games thrive on immersion, particularly a unique subset of games called MMORPG’s—short for Massively-Multiplayer-Online-Role-Playing-Games or MMO’s for short. For those unfamiliar, that’s geekspeak for online games where thousands of players from around the world all step into a shared universe together like a giant sandbox. Rather than being given a linear story to follow, players are encouraged to explore that world at their leisure and to make “choose-your-own-adventure” style choices within quests that vary from player to player. Participants become characters within the shared world where players form intricate communities complete with crafting systems, social events, and interest clubs.

Star Wars fans are no strangers to the MMORPG concept. Star Wars Galaxies was one of the first MMORPG’s to gain mass popularity (even before its more famous cousin, World of Warcraft), and ended up being a game so loved that even after it was shut down in 2011, fans banded together to create emulator versions of the game so they could keep playing. It’s successor, Star Wars: The Old Republic, maintains a steady player base of several hundred thousand players. Both games host their own economic and social systems, where players can take on the Empire one night and sip blue milk in a cantina with friends the next. 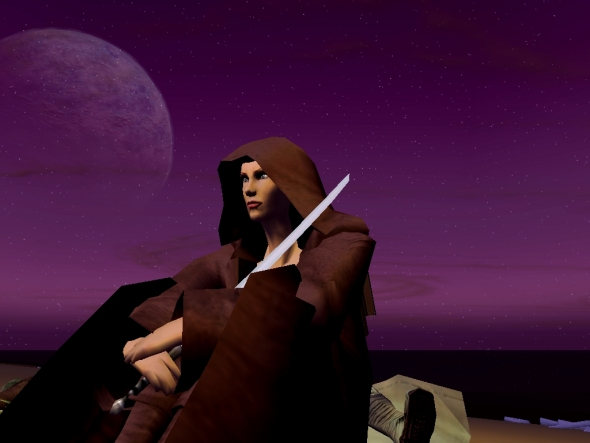 The language Disney has used to describe Star Wars: Galaxy’s Edge is strikingly similar to that used by MMO developers. Stop for a moment and think about the concept described earlier: a shared-world experience where players/visitors become part of their favorite stories through complete immersion. The pattern is almost exactly the same, only Disney is bringing it to the forum of real life, where guests of diverse backgrounds will participate together in the Star Wars experience. Both the little girl playing pretend as Rey and the super-practical grandmother who scoffs at the idea of make-believe will participate in the atmosphere of immersion in the unpredictable world of Galaxy’s Edge.

Disney has described in detail their plans to make every element of Galaxy’s Edge feel like you are a citizen in the Star Wars universe, from the food at the cantina to the toys available at merchandise stops (no action figures!). Even the land’s fictional location won’t be a replication of Tatooine or Endor to mimic the films but will represent a new planet within Star Wars lore.