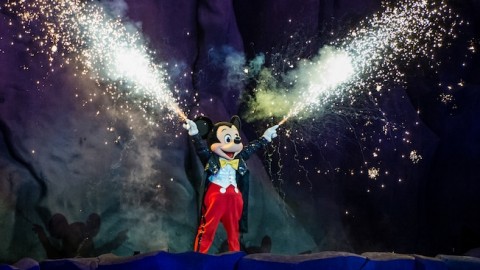 Every now and again, Disney decides to put on a show. Generally when they do, park planners understand that the show won’t be around forever, just a few years. When something is truly spectacular, however, it can stand the test of time. A prime example is one of the longest running and most beloved exhibitions at Disney theme parks. Today, let’s go behind the show to learn about the history and inner workings of Fantasmic!

The basics of Fantasmic! 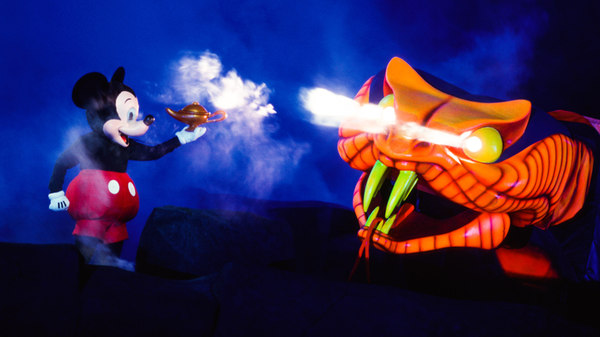 Image: DisneyFor those unfamiliar with Fantasmic!, it’s arguably the most daring exhibition Disney’s ever created. It takes place on a soundstage where Disney’s heroes square off against Disney’s villains. And it also has storytelling in the sky, where fireworks soar into the night. And it even finishes the tale in the water, where a giant boat carries dozens of costumed cast members past the stadium seating area.

Describing Fantasmic! as a three-in-one performance is fair. The soundstage portion is the most important part, but the surrounding water also reinforces the proceedings. Special effects including bright lights and water tricks mirror the action on stage. Guests in the front rows of Fantasmic! even get wet. There’s that much going on during the show. And it ends with everyone waving at the characters on the boat as people celebrate the victory of Disney heroes over their nefarious counterparts, one of which is a 100-foot long snake! 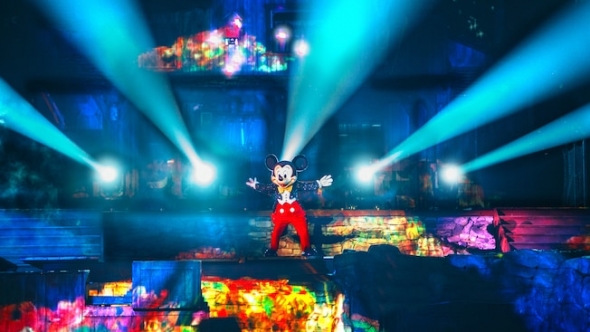 Fantasmic! is undeniably a spectacle. Disney built it to host thousands of guests each night. At Hollywood Studios, the shows proved so popular that even running two of them nightly, the park didn’t have enough seats. In 2012, the amphitheater added another thousand guests, giving it a capacity of roughly 9,000. In order to watch the 25-minute show, guests show up 45 minutes to an hour early, book a FastPass, or book a meal that includes guaranteed Fantasmic! seats. The fact that North American theme park tourists still do all this 20-25 years after the introduction of the show speaks volumes. It’s on the shortlist of greatest things Disney has ever done. Amusingly, Disney added it because things weren’t going so great at a part of Disneyland…

The history of Fantasmic! 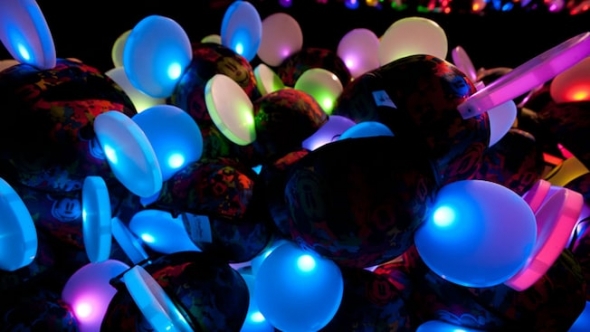 Image: DisneyIn 1992, Disney officials faced a serious problem with Rivers of America. The region in front of Rivers of America was a wasteland, a plane where folks ignored all the entertainment that Disney offered. Park planners were frustrated by this situation, as Disneyland is a small park. Any wasted space there is problematic. It hurts the traffic flow.

Theme park tourists didn’t care about the meta problem, though. All they knew was that the Mark Twain Riverboat was a quaint notion, and Tom Sawyer Island wasn’t much fun for anyone over a certain age. The park’s decision makers appreciated this point of view and tried to reinvigorate the dead zone at Disneyland. And what’s always worked best for Disney? They chose to put on a show! 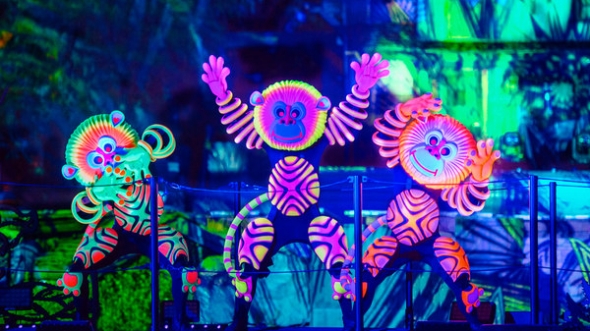 Image: DisneyFantasmic! became the historic exhibition that not only stood the test of time but also eventually received duplicate performances at Disney’s Hollywood Studios and Tokyo DisneySea. It was an ambitious project that required changes to Rivers of America and Tom Sawyer Island. It also required fireworks…and water, an unusual combination for a nighttime show. Most importantly, it needed more Disney characters than had ever been involved in a performance before. And these characters must appear twice a night, oftentimes sharing the stage with dozen or more others.

Despite the overwhelming complexity of Fantasmic!, it works beautifully. Disney officials like its park impact so much that they introduced a similar (but not identical) version at Disney’s Hollywood Studios in 1998, six years after the original. And then they added another iteration at Tokyo DisneySea in 2011. Yes, this exhibition is so remarkable that Disney was still copying the blueprint 19 years after its debut! What’s so great about Fantasmic!? Well…

A cast of thousands (well, almost 50) 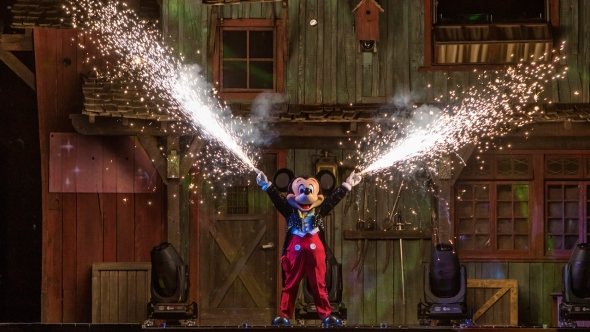 Image: DisneyThe show starts the right way. The first character introduced is Mickey Mouse. Mickey’s about to have a strange dream that guests can see…and it’s eventful. The show starts with some highlights from Sorcerer’s Apprentice before merging seamlessly into The Lion King and then The Jungle Book. It’s the third film that has the show’s high point, but we’ll get to that in the next section.

For now, let’s stick with all the characters and stories at play in Fantasmic!. Dumbo and Aladdin are next followed by a trio of water-based films. Those are The Little Mermaid, Finding Nemo, and Pirates of the Caribbean. Water stories are understandably important since so much of the exhibition occurs in the water, where splashing and lighting effects and other technologies enhance the story. Disney isn’t averse to blending the air and the water, though. Aladdin and Jasmine follow Elizabeth Swann and Captain Jack Sparrow, which gives you the idea of how Disney casts out conventional storytelling rules for Fantasmic! 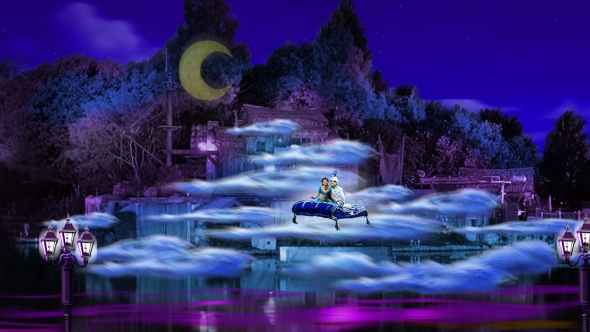 Image: DisneyThe show features a cast of 46 (!) Disney characters. Anyone who has participated in a play or other type of show should boggle at that number. It’s obviously a huge number of cast members to train. With two performances each night, these workers have little margin for error. When they make major mistakes such as tripping and falling, they make headlines. For example, Dopey fell off the second floor of a boat onto Goofy during a 2016 show. It was a huge story in Disney circles that week, which is a kind of backhanded compliment. Crucial errors are so rare that they became headlines when they happen.

The other stunning part of the production involves the costume changes. The 46 characters wear 78 costumes during a single performance! The highlight of the event happens toward the end. A boat carrying 26 different costumed characters drives by the crowd. And you’ll be happy to know that the name of this vessel is the Steamboat Willie! Fantasmic! is a loving tribute to all things Disney.