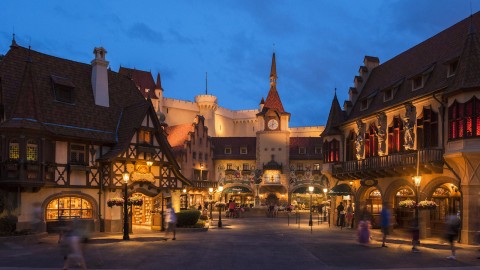 Oktoberfest isn’t just a German celebration. It’s a way of life, especially at the Germany Pavilion in Epcot’s World Showcase. The food and spirits on sale here are the stuff of myth and legend, but the appeal is the hominess of the entire region. When you enter this place, you’re walking into a Bavarian village, where you’ll feel welcome and happy. Here are six great reasons to love the Germany Pavilion. 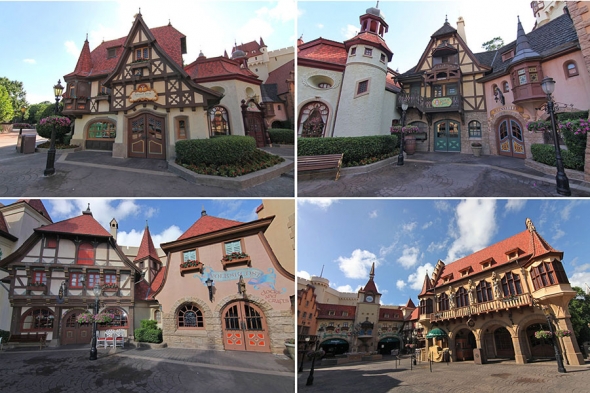 Image: DisneyThe original plans for the Germany Pavilion would have created a kindred spirit to Fantasyland. Folklore is a huge aspect of German culture. Imagineers planned to emphasize this aspect by creating a humble Bavarian village accentuated with a few mythological touches. One of them was a ride akin to Maelstrom at the Norway Pavilion, but those plans were dropped.

Disney prioritized the folksy nature of German villages instead. They had existing inspiration for this style. Imagineers based the Sleeping Beauty Castle at Disneyland on Neuschwanstein Castle in a village named Hohenschwangau near Bavaria, Germany. They took plenty of pictures of the entire region when planning the castle. Almost 30 years later, Disney’s Epcot construction team was able to call upon these resources in building Germany.

The theme of the pavilion is that you’re entering a plaza that hosts Oktoberfest. Always. Yes, you can visit any month of the year and still celebrate the most famous of German traditions. The music that you hear in this part of the World Showcase is even Oktoberfest-appropriate, which is to say upbeat and fun. Fans of German culture will feel right at home at this pavilion. 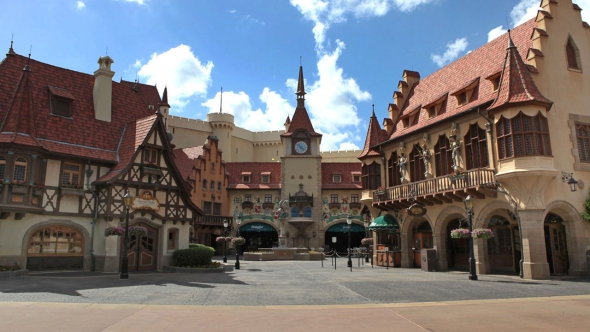 Image: DisneyThe last thing you’d expect as you walk through the World Showcase is to see is a miniature train set…and you definitely wouldn’t expect it to be working! Should you head over to the Italy Pavilion side of Germany, you’ll see an adorable hillside train depot. It mimics an idyllic German village complete with train station.

This feature wasn’t an original part of the Germany Pavilion. In fact, it wasn’t even intended as a permanent feature. Disney added it specifically for the Epcot International Flower & Garden Festival; however, theme park tourists loved it so much that park planners wisely chose to keep and maintain it.

The train set, while delightful, isn’t the most recognizable architectural structure at the Germany Pavilion. That honor unmistakably goes to a central fountain that functions as the hub. Fittingly, a statue of Saint George overlooks the water, and a magnificent clock tower lords above it. According to legend, Saint George once bested a dragon, making him the ideal caretaker/overwatch. His triumph is immortalized by this statue. The design of town center mirrors the hubs of German villages, creating a perfect destination for Oktoberfest travelers.