Walt Disney once announced his intent to build a better tomorrow. His blueprint for the Experimental Prototype Community of Tomorrow (E.P.C.O.T.) was functionally a utopia predicated upon capitalism. Even before this presentation, however, Disney had obsessed what the future world would look like. He even tried to encapsulate the best ideas in a themed land, one we still celebrate to this day. Here are seven amazing facts about the history of Tomorrowland. 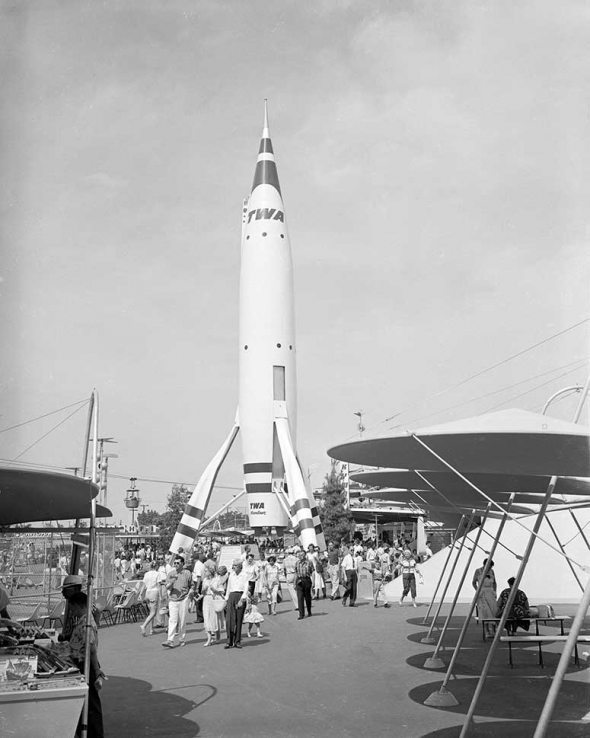 Image: DisneyThe genesis for Tomorrowland was Walt Disney’s obsession with society’s future. He was far ahead of his time as a gadget guru, passionately embracing new technologies and ideas. He envisioned Tomorrowland as a celebration of the seemingly impossible, particularly mankind’s attempt to conquer the moon. We’re talking about an era where the word astronaut wasn’t even a popularized term yet! Despite the science fiction nature of the concept, Disney embraced it as science fact.

During the 1950s, Uncle Walt interacted with many NASA scientists and other experts on space travel. He picked their brains as he planned Tomorrowland and used this knowledge to build an attraction that simulated the experience. Rocket to the Moon was similar to in-the-round concerts in that a circular movie projector rested in the middle of the attraction. Guests encircled these screens and watched as their “rocket” lifted off, escaped orbit, and headed toward the moon. 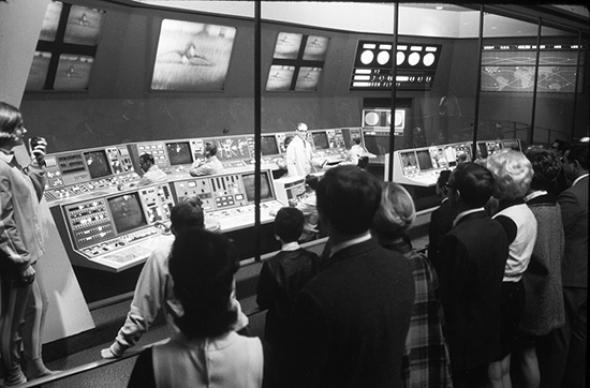 Image: DisneyThe problem with running a theme park that projects the future is that time passes. What once seemed impossible one day becomes the present and, eventually, the past. Rocket to the Moon became outdated when Neil Armstrong walked on the moon in 1969. In 1975, Disney altered the attraction to reflect this change, creating Mission to Mars in the same space. They also mirrored it at Tomorrowland at Magic Kingdom, offering fitting tributes to Walt Disney’s love of space travel. Alas, both versions of the attraction closed in the early 1990s. In their place, Space Mountain has become the lingering remnant of Uncle Walt’s love of astronauts and space travel.

Image: DisneyWalt Disney famously bought as much land as possible for the Florida Project, and he did so on the sly. He knew that if anyone realized he was the buyer, the acquisition costs would skyrocket. By largely keeping his plans under wraps, Disney was able to purchase 40 square miles of land, which is basically a space the size of San Francisco.

Due to the land purchases, The Walt Disney Company was tight on cash when they opened Magic Kingdom. The purpose of the theme park was to earn money so that Disney could pay for later expansions and, hopefully, a version of E.P.C.O.T. With money in such short supply, the opening version of Tomorrowland was threadbare. As you’ll see in a moment, only two attractions were open, and the express purpose of one was to carry guests out of Tomorrowland. Disney always planned to fill out the themed land later, which they did with the construction of seminal attractions such as Space Mountain in 1975. If you’d visited Tomorrowland at Walt Disney World in 1971, however, you would have felt extremely disappointed.