Did you know Walt Disney World is also the happiest place to race on earth? runDisney is Walt Disney World’s very own destination race series that gives families the opportunity to race through the actual theme parks! Just as there is so much to choose from in attraction, restaurant, and shopping options, there’s also a sizable selection of marathons to choose from, each at different times throughout the year. Let’s take a look at the race events Walt Disney World offers. 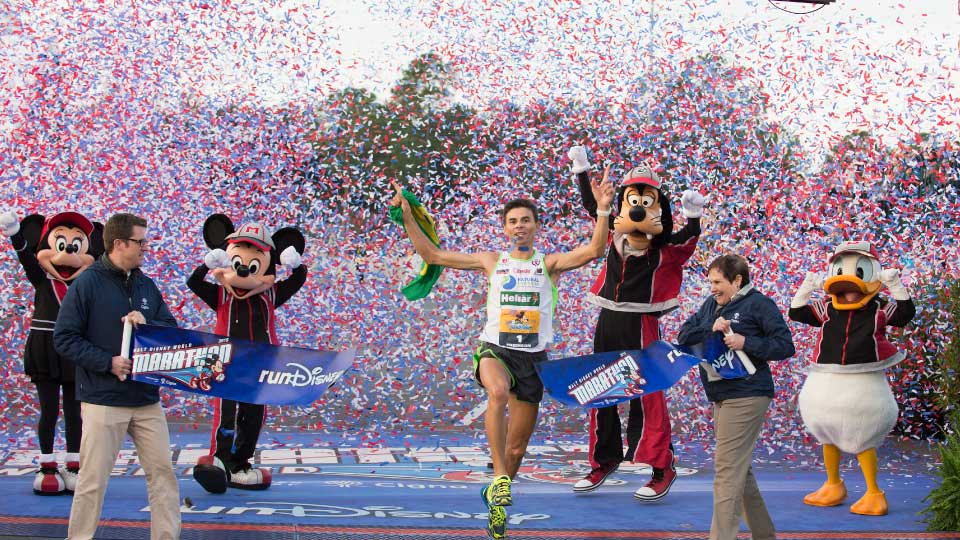 The half marathon only takes you through Magic Kingdom and Epcot but there’s just as many thrills and surprises along the course filled with Disney magic. Goofy’s Race and a Half Challenge is a combination of both the 26.2-mile marathon and the 13.1-mile half marathon spread out over two days and totaling 39.3 miles. Racers who complete this challenge receive the coveted Goofy medal and bragging rights of course.

There’s also a 10K hosted by Minnie Mouse herself and a 5K perfect for families of all ages. runDisney kid races are perfect for children under 13 and take place at the ESPN Wide World of Sports Complex. Races include a diaper dash crawl for 12 months and under all the way up to a one mile run for 13 years old and under. The best part is every child who participates is a winner and receives their very own finisher medallion! For those up for the ultimate race challenge, the Dopey Challenge is a combination of the 5k, 10k, Half Marathon and Full Marathon. Sprawled out over the entire weekend, participants run a total of 48.6 miles and if completed, receive the Dopey Challenge medal to add to their other list of finisher medals. 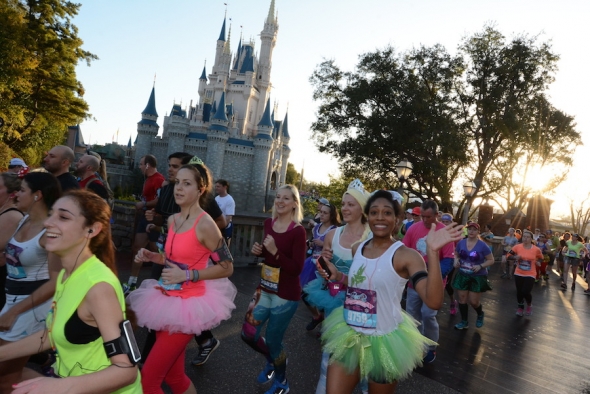 Next up is a race weekend fit for royalty, the Disney Princess half marathon weekend. Princes and Princesses from all over are encouraged to join a weekend of magical runs and Disney entertainment that transport you straight to a fairytale! All while you’re favorite Disney Princesses cheer you along.

Runners start and end their race at Epcot but the journey includes a run through Cinderella’s home park, Magic Kingdom with endless surprises along the course. This race is suitable for all levels of runners. Just as the official Marathon Weekend offers options for those not ready for a half marathon, as does Disney Princess Half Marathon. Disney Princess Enchanted 10K is a 6.2 mile run that starts and finishes at Epcot. This is a timed 10K race that includes a run through Disney’s Yacht & Beach Club Resorts. The weekend also has a 5K option, starting and ending at Epcot and a runDisney kids race where every Prince and Princess is a winner.

For the determined individuals stands the ultimate Disney Fairy Tale Challenge that includes both the 10K and the Half Marathon. Totaling 19.3 miles, participants who finish both races are awarded the Disney Fairy Tale Challenge medal in addition to other medals received from both races. For those wanting extra royal treatment, VIP Race Retreat packages are available that include early access to the runDisney Expo, a private hospitality tent near the finish line, private restrooms, Disney character meet & greets and so much more.