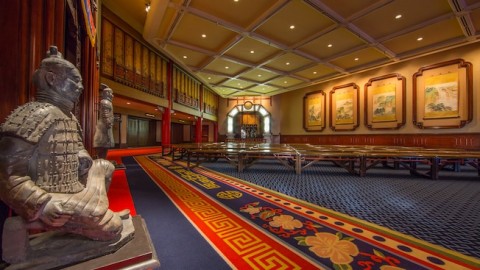 Throughout recorded human history, China has stood as the one constant. While African and European countries have their own claims, China is generally regarded as the oldest civilization in the world, one that dates back more than 5,000 years. It’s the reason why Chinese citizens think of their country as the center of the world.

At Walt Disney World, Epcot doesn’t position China in the center, but this pavilion was integral to the inception of the World Showcase. To this day, cast members take pride in the authenticity of its look and style. Meanwhile, Disney executives rotate exhibitions and update other parts of it to keep the area engaging. Like the country it represents, this pavilion is both timeless and modern in style. Here are six amazing facts about Epcot’s China Pavilion. 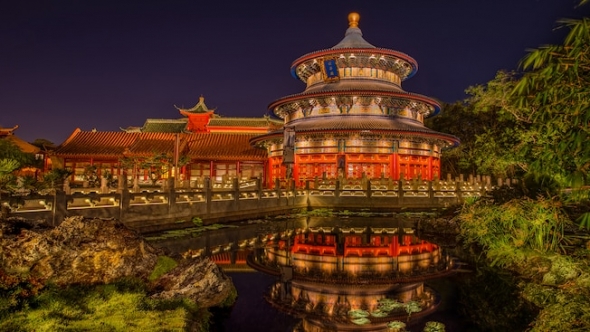 Image: DisneyWhen Disney Imagineers planned Epcot in the late 1970s, they knew that China must have a presence at the park. Otherwise, the entire World Showcase would feel incomplete due to the omission. To their credit, park strategists understood the importance of the China Pavilion.

Lacking the time and resources to build a worthy structure, Disney outsourced the project to Palmer-Smith Co. of Southfield, Michigan. This company also constructed the France and Japan sections as well as Horizons in Future World. As such, their imprint on Epcot is something that impacts theme park tourists to this day.

You’ll know that you’re at the China Pavilion when you see the Zhao Yang Men aka the Gate of the Garden Sun. It’s arguably the most colorful gate at the World Showcase. Still, the masterwork is the centerpiece of the China Pavilion, the Temple of Heaven. From a distance, it looks like a three-level building that has three surrounding rings. The building is basically what you’d visualize of a Chinese temple, and that might not be a coincidence.

The China Pavilion has recreated a legendary Beijing structure, also named Temple of Heaven. It’s actually a larger complex, but the most famous part of it is the Hall of Prayer for Good Harvests. This is the temple that Disney has replicated at the China Pavilion. It’s a true wienie, a façade that attracts the eye as guests approach the pavilion. 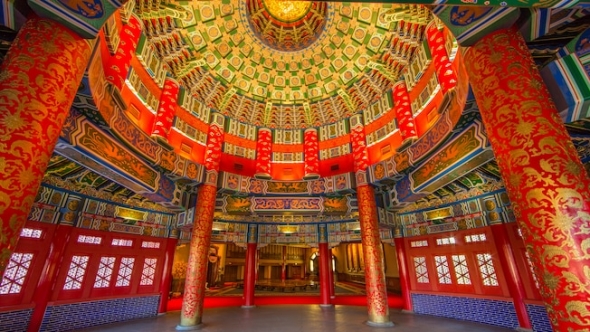 Image: DisneyWhen you shut your eyes and imagine China, a few stereotypes and clichés are likely to enter your mind. That’s perfectly normal and valid. At the China Pavilion, many of these philosophies are reinforced, and that’s by design. The area surrounding the temple includes white stone walkways and gardened areas.

Disney stressed legitimacy in the gardens. The foliage that you see has its roots in China, figuratively and almost literally. Disney imported several trees indigenous to China including the chianthus petusa and the Chinese scholar tree. Cast members even found Chinese-looking trees in the United States. A century-old weeping mulberry was imported from…New Jersey.

The music is similarly thematic. Gentle sounds are piped in to reinforce the serenity of the temple grounds. The interior of the building features amazing acoustics that amplify sound. This isn’t a place where you should ever yell.

Numerology also plays a factor. The temple has nine stones and four pillars inside coinciding with 12 pillars outside. Four, nine, and 12 are all symbolic numbers in China, representing the seasons, the tails of the dragon, and the number of months in a year. Disney’s shown loving attention to detail in building one of the most relaxing pavilions at the World Showcase.