Behind the Ride: Avatar Flight of Passage 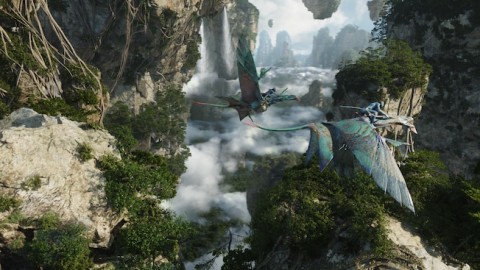 Walt Disney World expansions are rare. Discounting the reboot of Fantasyland, Imagineers have only constructed one truly original new themed land in the 2000s, although that will change with the arrival of Toy Story Land in 2018. For now, the short list consists of exactly one expansion: Pandora – The World of Avatar.

Disney park planners felt tremendous pressure to build something magnificent with Pandora. Sure, the company always has lofty standards for its legendary Parks & Resorts division, but they felt hyper-competitive with this themed land. It was, whether Disney will admit it or not, a direct response to the ultra-successful Wizarding World of Harry Potter. Pandora had to raise the bar for a new themed land so that Disney could establish dominance once again. The ride that is integral to this goal is the E ticket attraction at Pandora. Let’s go Behind the Ride yet again to learn about Imagineering triumph that is Avatar Flight of Passage.

The Trick: the longest line queue ever built 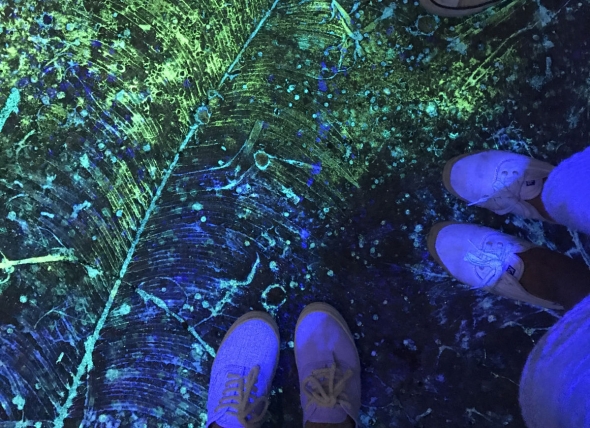 Image: DisneyPlenty of debate on the internet involves the lingering impact of Avatar. At one point, it was the number one North American movie of all-time. At the time of publication, it’s still the global box office champion. Suffice to say that Avatar sold a metric ton of movie tickets, domestically and internationally.

When Disney announced the Pandora expansion in 2011, they projected huge crowds, especially given what was happening with the Wizarding World of Harry Potter. A few years later, the idea that Avatar would appeal to customers as much as Harry Potter seems a bit silly. Still, the crowds at Avatar Flight of Passage are roughly what Disney had projected.

In order to host all that traffic, the attraction had to have a massive line queue…and it does. While the need isn’t there most of the time (thank heavens), this line can service six hours’ worth of traffic! Even this long after its debut, Flight of Passage still has a two-hour wait on most days. That’s a lot of guests who would feel bored if the wait weren’t engaging. 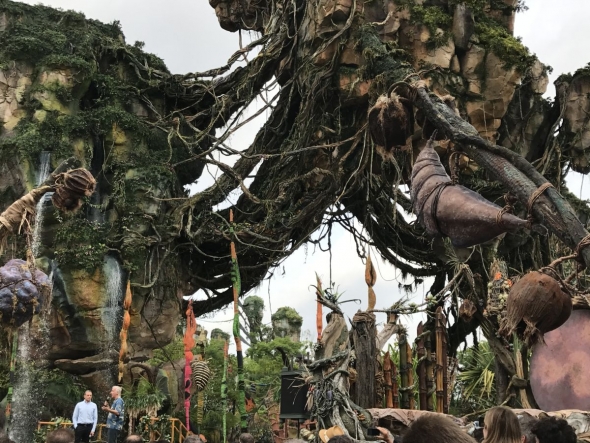 Image: DisneyDisney addressed this by building THE best line queue of all-time. As you walk through the line, you’ll see a story told in several phases. As you may know, Pandora – The World of Avatar takes place long after the wars between humankind and Na’vi is over.

The backdrop is a previous Resources Development Administration mining facility, the kind seen in the first movie, which means it has military stuff. After the war, it becomes the Pandora Conservation Initiative’s Mountain Banshee Project, a research facility. As you wander the halls, you’ll see remnants of the war-torn Pandora of yesteryear, which feels incongruous with the current high-tech science center.

Disney’s attention to detail on the theming is so precise that the outer portions of the facility are dilapidated. Trees and vines grow on the walls where once humans had held down the fort while mining Unobtanium. The electrical equipment is all rusted after decades without usage. Then, the colors come alive as the queue enters the bioluminescent portion of the mine. Finally, guests approach the line in the middle of the facility, and there they see…

Avatar is one of the most amazing ride attractions I've experienced since Soarin'. Even though we had a 2 hr. wait, the line queue kept us occupied throughout the wait process. We met some amazing people while waiting, too. Disney you did it up right!. Can't wait to experience the line queue at night.

I loved this ride. Wouldn't it be amazing to use this same technology and have us soaring through various Disney movies. The wildebeest stampede in Lion King, Flying with Aladdin through Agrabah or the cave of wonders, riding a door in Monsters Inc. and so on. I think this tech could be used on so many levels.