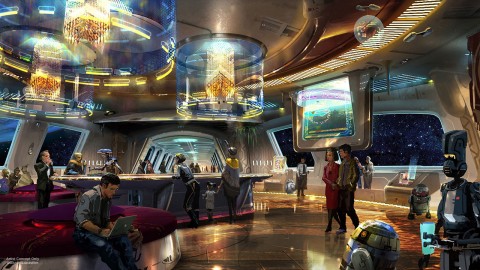 I recently told a friend that the 2017 D23 Expo is probably the closest I will ever come to Walt Disney’s dramatic announcement of the Experimental Prototype Community of Tomorrow in 1965. That may sound hyperbolic, but the staggering number of changes that Disney announced represents a five-year plan for Disney. It also hints at the long-term future of the Disney Parks & Resorts division. Disney has reached a turning point, and they have chosen to throw out the prior rules for theme park management in favor of a new style. As of right now, Disney is all-in on intellectual properties (IP). Let’s take a look at why this happened and what it means.

The early days of Disneyland 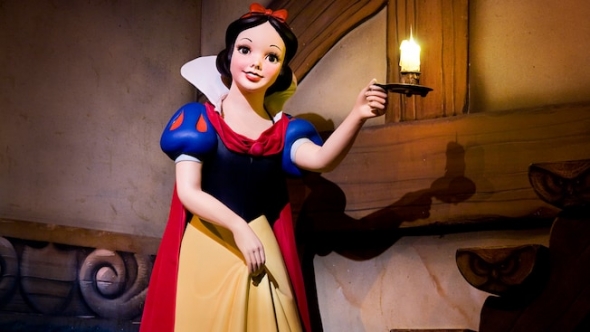 Image: DisneyWhen Walt Disney bought the orange groves that would become the Happiest Place on Earth, he had a vision for the new enterprise. The facility would elevate current standards of family-friendly entertainment. Amusement parks, carnivals, and regular parks at the time all had their flaws. They were often unclean, unsafe, and unwelcoming.

The day it opened to the public, Disneyland stood out as a refuge for families, a wonderful day’s entertainment that would simultaneously delight small children and the elderly. The key to this universal appeal was a basis in stories Walt Disney understood well.

Uncle Walt constructed entire themed lands that transported guests to faraway places and, sometimes, even different time periods. He did this by retelling popular stories, many of which guests already knew. One of the anchors was Snow White, an original attraction at Disneyland but, more importantly, the first animated movie released by what we now know as The Walt Disney Company. Everyone knew Snow White and wanted to share that experience as a themed ride, even if the one that Disney made was confusing to many guests. 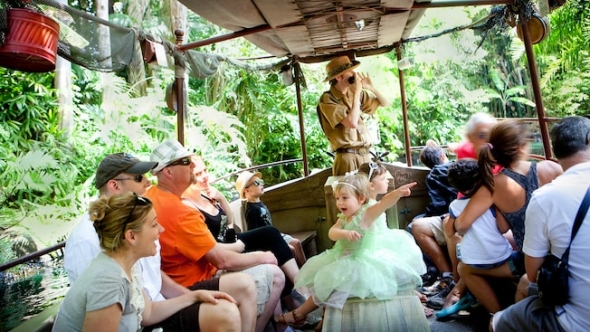 Image: DisneyDisneyland also provided new adventures that had a focus on theming. Jungle Cruise is probably the most famous of these creations. As you know, it sweeps theme park tourists away on a sardonic boat ride through the Amazon River and, later, the Congo. The idea is to make you feel like you’re there, and the intellectual property drives both concepts.

Similarly, Walt Disney embraced every opportunity to sell merchandise and park tickets via known Disney brands. The first major example was Davy Crockett, a wildly popular television series in the mid-1950s. As soon as the show grew an audience, Disneyland gained attractions to match the show. And that model has become the anchor of Disney theme parks over the years. Most television series and movies that gain a loyal audience and glowing reputation eventually receive a park presence.

This all makes me so sad. My favorite rides at Disney have always been the original IPs and stories: Haunted Mansion, Pirates (pre-Depp), Jungle Cruise... I have more happy memories of the Carousel of Progress than I do of any of the 600 Toy Story shooting rides. Even Maelstrom's always held a special place in my heart, not because it was a spectacular ride, but precisely because it was so unknown; it was like a little secret tucked away in the otherwise grown-up centric World Showcase.

I don't want or need to ride the movies. Like, I have TV at home. Give us something different in the parks.

D23s announcements for me reeked of soul-less corporate synergizing. No vision. Minimal enrichment or sophistication (the space restaurant may be the only exception). It's all 'Ride our Fantasy Movie Franchises' at the expense of learn-something-about-the-actual-world-while-having-fun. No coherence of theme. No depth beyond what an MBA manager-type understands of "themed amusement parks".

Disney only stated that a 'Guardians of the Galaxy' ATTRACTION would be at Epcot. There's no proof anywhere that it'll be a roller coaster. Please only use terms that the park has stated rather than go on what you personally want to see.