Everybody Has a Laughing Place: 6 Places to Laugh Out Loud at Walt Disney World

3. Get harangued by Vikings in Norway 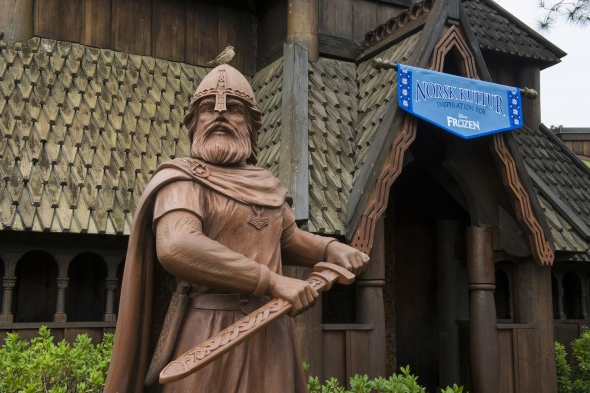 If you’re still mourning the loss of Maelstrom to the icy winds of Elsa’s touch, a recent addition to Epcot’s Norway pavilion might just be your new laughing place. At random times, Vikings parade through the Norway pavilion. At first, they look silent and stoic—a noble addition to celebrate Norway’s seagoing heritage.

Then the tiny horn comes out.

The Vikings make an utterly unpredictable show out of haranguing guests in the pavilion. As far as we’ve seen, they stay in character and do not speak English (though they make quite a show out of learning a guest’s name). Instead, they interact with guests through grunts, drum-banging, horn-tooting, general shenanigans, and occasionally shouting at passing friendship boats. If you happen to be sitting at Kringla Bakery og Café when they make their appearance, you can expect them to wander through the seating area, inspecting guests and even occasionally stealing a grape or two.

Losing Maelstrom may have been a sad blow for fans, but the Vikings have ensured that Epcot’s Norway has maintained just a little bit of that old kookiness from the days of yore. 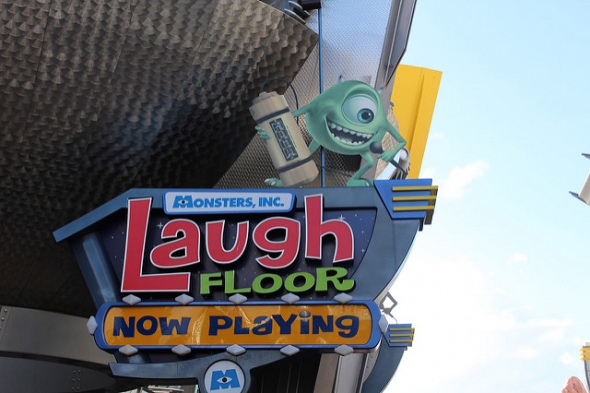 Overall, we tried to avoid attraction humor for this particular list. Once you’ve been on a ride enough times, certain humor elements lose their luster, and tastes vary widely on what is and isn’t funny in an attraction. However, if we’re talking about laughing places, Monster’s Inc Laugh Floor in Tomorrowland cannot be ignored.

The overall appeal of Monster’s Inc Laugh Floor might vary depending on your feelings on the original film—at first, the premise can come across as cheesy: guests have basically been chosen to provide electricity to the monsters’ world through the eliciting of laughter. However, similar to Turtle Talk at The Seas with Nemo, the unpredictable element of guest interaction makes this attraction surprisingly disarming.  The Monster’s Inc team strikes the full spectrum of humor with a clever mix of canned jokes and hilarious comebacks that always make for a new experience on the ride. If you need a serious dose of the lolz, Monster’s Inc Laugh Floor is the place for you.

How is Turtle Talk with Crush not on here? That is always funny.

I know you tried to stay away from attractions but one that really stands out is the Country Bear Jamboree. It's amazing that after all these years and all these visits those crazy hillbilly bears can still get a laugh out of the audience. It's not quite as effective on the off season where the audience is mainly consisted of seasoned veterans but if you go when the house is packed and there are a bunch of silly kids with their even sillier grandparents and you'd be hard pressed not to guffaw with them. Especially over poor ol' Buford's fate.