Is This The REAL Roller Coaster Capital of the US? Here Are 8 Reasons it Could Be... 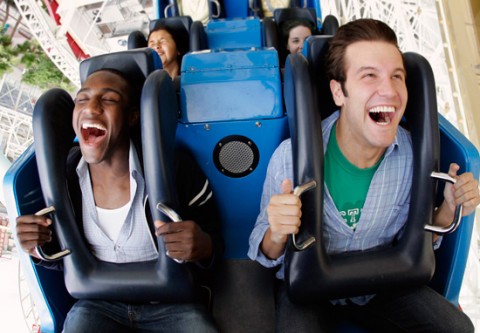 We previously discussed the best roller coasters in Florida, proving that the state had a strong argument for the title of Unofficial Roller Coaster Capital of the United States. Today, we’ll evaluate the other primary contender, California.

Home to the world’s first theme park, Disneyland, California’s roots pre-date the industry. Walter Knott and his wife, Cordelia, built a berry farm in the area and then increased tourism with a ghost town. An amusement park arose from there, one that is still open to the public today. The joint presence of Disneyland and Knotts Berry Farm gives the West Coast a strong claim to the roller coaster throne, but which Golden State attractions stand out? Here are the eight best roller coasters in California.

Pronounce the name the way that it’s spelled, and you’ll have a strong idea about the core concept of Xcelerator. This attraction is a steel launched roller coaster akin to Top Thrill Dragster at Cedar Point. Xcelerator was actually the first of its kind, even as Top Thrill Dragster got more hype over time. The Knott’s Berry Farm ride is longer and better, though.

Whereas Top Thrill Dragster basically launches you straight up and then the ride ends, XCelerator is a full-fledged roller coaster that starts with a bang. When the ride begins, you’ll go from zero to 82 miles per hour in roughly 2.3 seconds. Imagine that for a moment. You’re at a complete standstill but then you’re going over the speed limit only two seconds later! That’s why it’s called Xcelerator, and the ride delivers on its promise.

The roller coaster sends you 20 stories into the air and then drops you at a 90-degree angle afterward. You won’t have any time to catch your breath during the first 15 seconds of this impeccable thrill ride. The only reason this attraction isn’t ranked higher is its duration: Like Nic Cage, Xcelerator is gone in 60 seconds.

Six Flags Magic Mountain is going to have a strong presence on this list. Its third best roller coaster is still one of the seven best in the Golden State. That goes a long way in explaining why any self-respecting theme park tourist should have a visit to this park on their bucket list.

Tatsu is a flying roller coaster, which means that you sit upright like in a recliner with your back parallel to the track. Since the introduction of Tatsu, many other flying roller coasters have been built, yet this one remains the tallest and fastest of its type in the world. It even has two other claims: the only zero-gravity roll for a flying coaster and the highest pretzel loop for one. It’s an engineering marvel that has stood the test of time. And fittingly, Tatsu translates as Flying Beast, which is precisely what it is.