Have You Walked Right Past This World Showcase Hidden Gem? 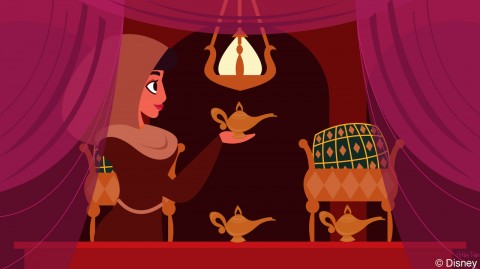 All of the pavilions at the World Showcase are spectacular. Some of them have better food, others have superior shops, and a lucky few even offer entertaining attractions. Only one of them is the work of a king, though. His passion for the project along with his financial backing is why this pavilion is such a showstopper at the World Showcase. Here are five reasons that explain why the Morocco Pavilion is so majestic. 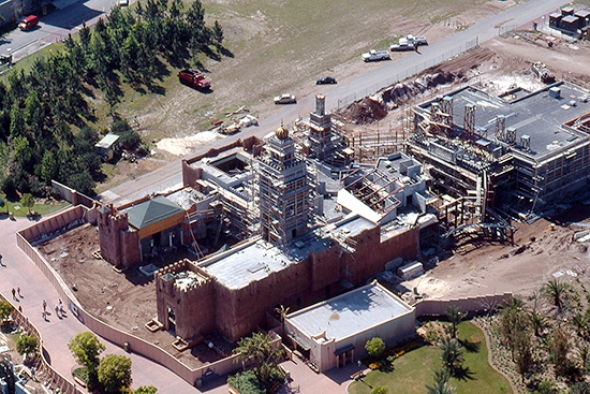 Image: DisneyThe first thing you need to know about the Morocco Pavilion is that this themed area is 100 percent authentic. The good people of Morocco made sure of that. They had an unprecedented role in the development of the Pavilion. How this happened is an interesting story.

Disney park planners had tried for years to persuade various countries to pay for a presence at Epcot. They only found one interested party, and he didn’t arrive until after the World Showcase had officially opened. When the world entered Epcot for the first time, they discovered nine pavilions that were all Disney’s representations of other cultures rather than ones with a personal touch from the respective nations. The Morocco Pavilion was different. 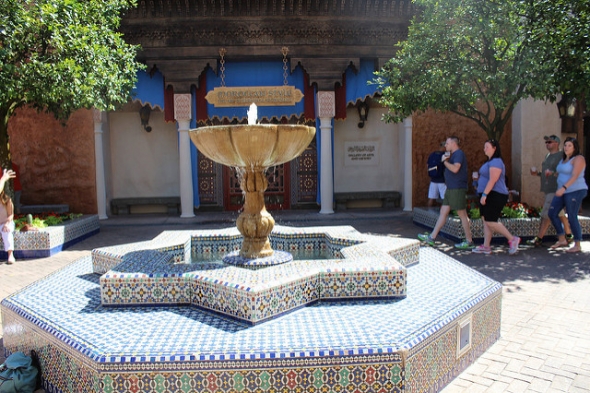 King Hassan II wanted the American people and other world travelers at Epcot to admire and appreciate the artistry of his people. To that end, he commissioned the construction of a pavilion at the World Showcase. He also offered to pay for everything, making it the only Epcot pavilion where The Walt Disney Company didn’t have to pay any upfront costs. Because of the king’s largesse, Disney execs were thrilled to learn that their original plan for Epcot’s pavilion nations to pay their own way was once again in play. They simply had to assure the Moroccan king that they’d honor his people, their customs, their heritage, and even their religion.

The build and style 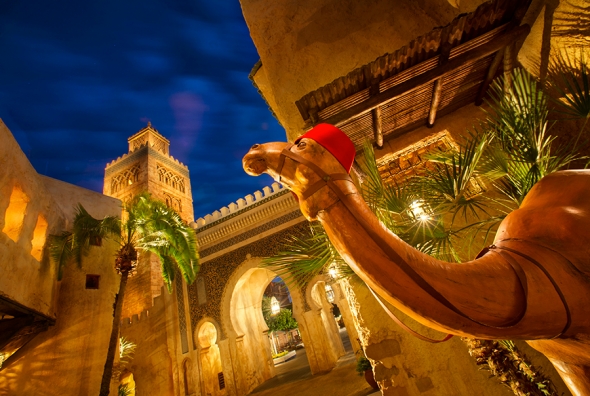 Image: DisneyPark planners felt a tremendous amount of pressure to construct Morocco the right way. After all, they believed at the time that this could be the start of what Disney had always wanted. Nations would pay to have a park presence at the World Showcase as long as Morocco looked great. In hindsight, this philosophy seems ambitious bordering on naïve, but it was definitely true at the time.

For his part, King Hassan II refused to take any chances with the pavilion. He sent 19 of his people to America. Their express purpose was to build edifices and artworks that would seem right at home in Fez. To show respect to the customs, these artisans went so far as to crack some of the mosaic tiles they had crafted. It’s a philosophy that only Allah can perfect anything, so the Moroccan people intentionally damaged their own creations…not much, mind you. They did just enough that if you study each mosaic carefully, you’ll notice the cracks. 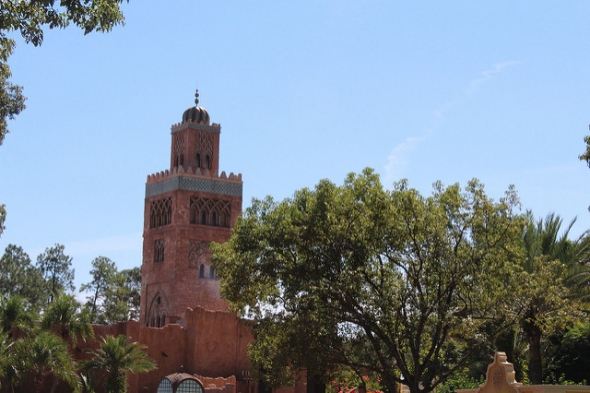 In terms of style, the Morocco Pavilion is opulence personified. Many of the structures are recreations of architectural triumphs from the home country. The showpiece of the area is the Koutoubia Minaret, a prayer tower replica of the actual building in Marrakesh. Believe it or not, Disney and King Hassan went so far as to make it the same size as the original.

Image: DisneyOther geometric patterns throughout the pavilion are 100 percent authentic in style. The Bab Bou Jeloud gate would seem right at home in Fez, because that’s where the actual structure resides. In Morocco, it’s a gateway to Fes el Bali. At Epcot, the structure signifies a bridge between the old and new portions of Moroccan civilization. The front of the pavilion is the new city, while the other side of Bab Bou Jeloud gate is the old city, if you were wondering.

The Morocco Pavilion also respects another of the country’s customs. This area doesn’t have any special lighting during Illuminations. To accentuate the show, Epcot would have to add lights to the Koutoubia Minaret, and Muslims would consider the action sacrilegious. Disney certainly wouldn’t want to disrespect their guests in their own pavilion. That’s why the area remains respectfully dark.