Behind the Ride: Indiana Jones Adventure 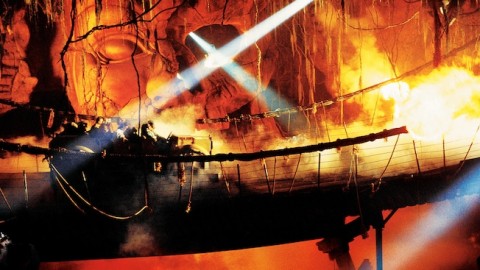 Star Tours receives all the hype, but it’s not the only Lucasfilm intellectual property (IP) with a presence at a Disney theme park. This attraction casts you in the role of a grizzled archaeologist, one known for a whip, a cocksure grin, and a fedora hat. He’s the perfect example of the Adventureland hero. There’s just one problem. When Disney built a ride for this man, Henry Walton Jones Jr., he wasn’t even a Disney property.

How then did a man who chose his pet’s name, Indiana, as his moniker become one of the central figures at Adventureland? What was Disney’s thought process here, and how authentic is the recreation of the Indiana Jones movie franchise in the attraction? Let’s go Behind the Ride to discover all the secrets and history of Indiana Jones Adventure. 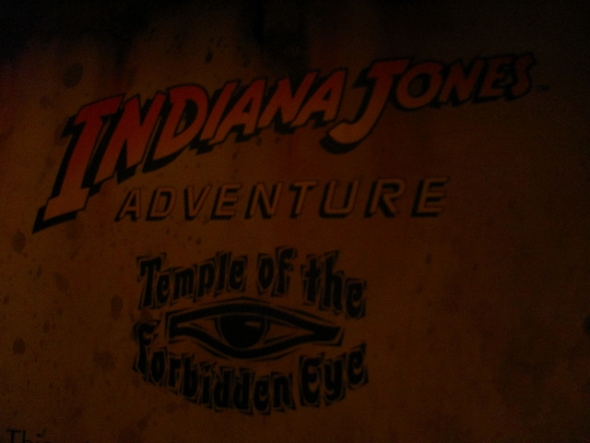 While The Walt Disney Company rarely uses outside IP as the backbone of its attractions, it’s made exceptions from time to time. Jeopardy appears in the former Ellen’s Energy Adventure ride, and The Twilight Zone is the only dimension where a Tower of Terror could plausibly exist.

Of course, the first non-Disney ride ever was a cousin to Indiana Jones. Star Tours, based on the Star Wars franchise, (officially) arrived at Disneyland in January of 1987. George Lucas, the creator of Star Wars, was also the man who imagined Indiana Jones into being. After Disney deftly handled the adaptation of Star Wars into an amusement park attraction, Lucas expressed an interest in their doing the same with Mr. Jones.

This discussion took place all the way back in 1988. It quickly bore fruit, as Disney had just added a new gate at Walt Disney World, Disney-MGM Studios, which we now know as Disney’s Hollywood Studios. Disney wanted a fun celebration of the filmmaking process. When Lucas offered the Indiana Jones license, they had the perfect idea. In 1989, the Indiana Jones Epic Stunt Spectacular! arrived, and, with the recent closure of The Great Movie Ride, it’s now the oldest remaining Hollywood attraction at the park, although rumors of its impending demise have been around for several years. 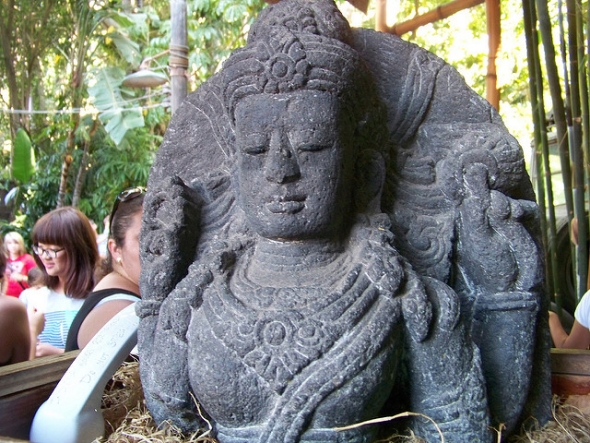 What you may not realize is that Indiana Jones Adventure wasn’t the first Indiana Jones ride. Yes, construction began on this project in 1989, the same year as the stunt show. The first Indy ride open to the public, however, arrived in 1993 at Disneyland Park in Disneyland Paris. Indiana Jones and the Temple of Peril is a mine cart roller coaster that quickly became one of the anchor selling points at Euro Disney.

For six years, American Imagineers toiled to build a unique attraction at Disneyland’s Aventureland. They spent more than $100 million on the project, with one park planner describing the cost as $200 million in 1995. That’s the equivalent of $325 million today. Disney spent a lot of money to be in the business of Indiana Jones. What did they get for their money? Read on…

The Experience: An authentic exploration of ancient ruins…in the line queue

The Trick: Turning a negative into a positive 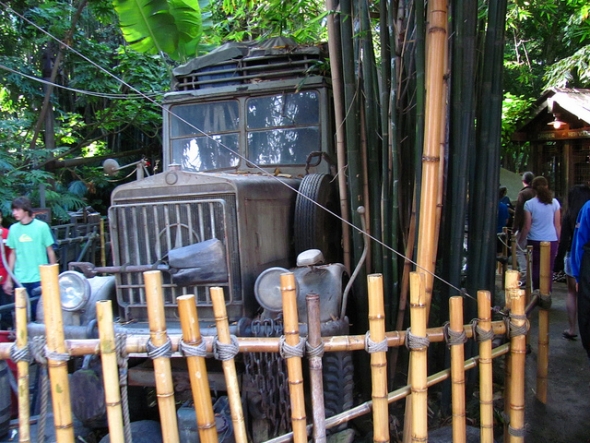 Space is perennially tight at Disneyland. Walt Disney himself lamented that he couldn’t afford more land when he constructed the park in the middle of former orange groves. In attempting to introduce the Temple of the Forbidden Eye to Adventureland, park planners faced a problem. They had a finite space where they could build what is an extremely large attraction area. It’s more than 50,000 square feet in size, most of which is housed in a huge building at the south of campus. And for an added degree of difficulty, Imagineers had to construct the temple so that it didn’t interfere with the Disneyland Railroad.

The only way that Disney could fit it in the available space was by positioning it on grounds that aren’t technically part of the park. This trick is one that Disney used for the first time 30 years prior to Indiana Jones with The Haunted Mansion. The catch is that for it to work, guests would have to walk about 1,000 extra steps to reach the attraction entrance. 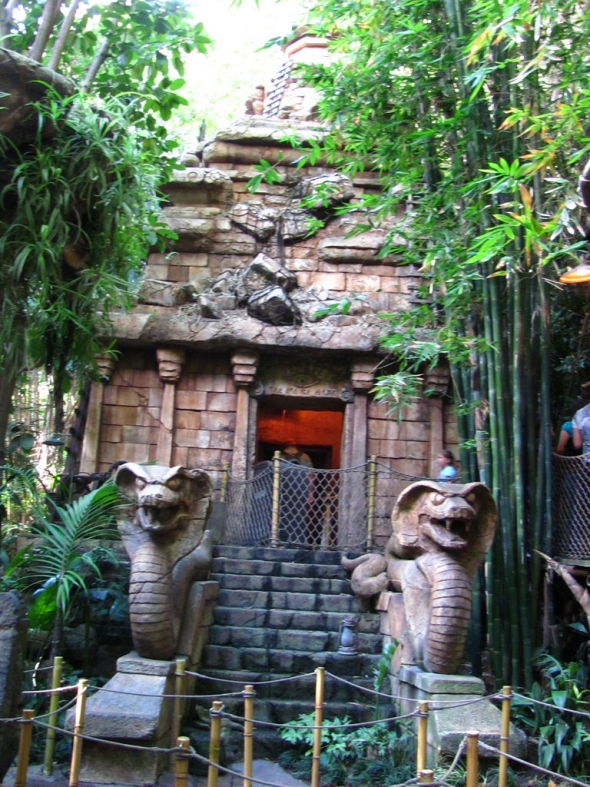 Where most park planners would see obstacles, Imagineers saw a huge opportunity. Guests HAVE to walk that path to get to the ride. So, Disney turned the entire area into a mini-themed land inside Adventureland. They added enough trees to create a realistic jungle background, as if the explorer has to navigate through thick foliage to reach the intended destination. Bamboo fences guide the path, and ominous signs hint that the structure ahead is unsafe at best. There are even a few high voltage warnings, an oddity for a derelict temple.

This elongated ride queue has become a staple of the Imagineering toolbox. Expedition Everest takes the same idea and stretches it to the logical extreme by offering artifacts in every square inch of interior line queue. Avatar Flight of Passage has the longest line queue ever built, capable of entertaining guests for three full hours. Many of the conceits of both attractions began with Indiana Jones Adventure and its unavoidable half-mile line queue.