Here's How Many Guests Can REALLY Fit on Magic Kingdom Favorites... 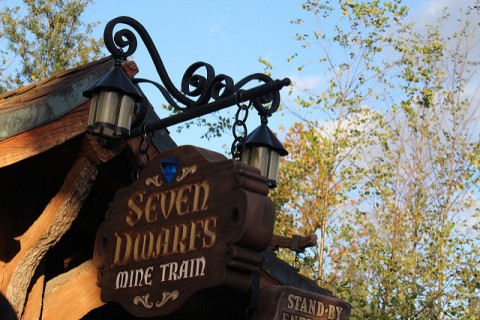 McDonald’s proudly displays a list of number of customers served. The current estimate is that the company has sold more than a quarter-trillion burgers, making them the scourge of cattle everywhere. It also leads to a different question. Which Disney attractions serve the most customers? Today, we’ll take a look at Magic Kingdom. Let’s see which of their rides are the biggest crowd-pleasers in terms of throughput. Note that I’m not including the Walt Disney World Railroad or the Tomorrowland Transit Authority PeopleMover since they’re specifically designed for transportation, even if the PeopleMover wound up as a ride. 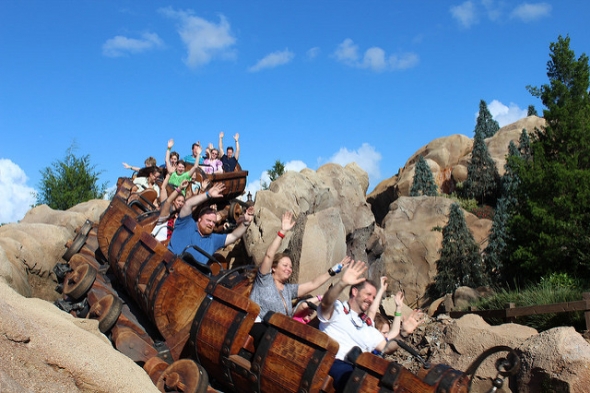 One of the things that you’ll notice on this list is that common sense is a factor in determining ride throughput. Any attraction that can have multiple ride carts in motion simultaneously is better than one that can’t. Similarly, the rides that have larger ride cart capacity are better.

Let’s consider Seven Dwarfs Mine, the newest attraction at Magic Kingdom. Its coaster carts have a clever design of 2 x 2 x 5. What I mean by that is the trains divide into sections. Each row holds two theme park tourists, and each cart has two rows. What’s novel about the Mine Train is that it tethers five different carts together. These combine to form a super-cart that holds a total of 20 people. That’s the maximum occupancy, a good one at that. 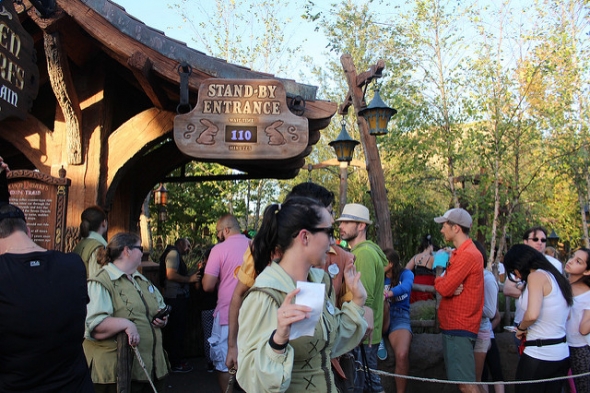 Working against its throughput is that this attraction has a strange limitation for a roller coaster.  It’s only 2,000 feet long, which is tiny for a coaster. In fact, it would have been on the small side in the mid-1990s, much less today. The short track limits the number of coasters that can operate at once. If Disney had built a track that was twice as long, Seven Dwarfs Mine Train would be in the discussion for best throughput. Instead, it hosts about 1,500 people or about 21,000 daily riders. That’s good enough for seventh best attraction at Magic Kingdom, but we’re going to see a lot better. Note that I am making one major assumption here, which is a 14-hour park day. That’s the case when Magic Kingdom opens at 9 a.m. and then closes at 11 p.m. I’ve based all daily calculations off of these hours of operation.

I don't believe, that the track length is that crucial for the hourly capacity. If "7 Dwarves" had twice the length, it wouldn't have twice the capacity. If the trains would still be the same size (20 people per train) and the trains would still depart every X seconds, the capacity would still be the same. The only thing that would change is that there would be twice as many people simultaneously on the ride.
Same thing is true for Mermaid and Haunted Mansion. You would only get a higher capacity if the omnimover was moving faster or if you placed more people in a single row.