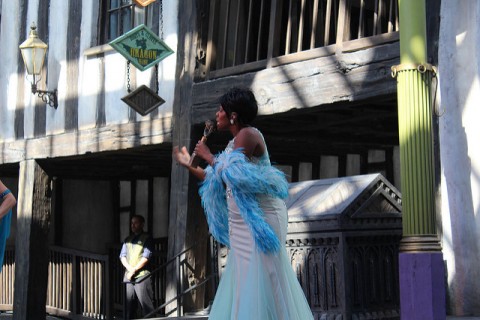 Universal Studios Orlando is best-known for its roller coasters and thrill rides. This grittier alternative to Disney lacks some of the pixie dust and polish, offering highlights that appeal to a slightly older audience. While the high-speed thrills here are superb, you’re missing out if you don’t think to linger in the streets. Universal Studios Florida and Universal’s Islands of Adventure both have some outstanding shows that you can catch when you know where to be.

Grab a show schedule while you’re visiting, or use the park’s handy app to check when these performances will take place. Though exact show times vary, you can usually catch each of these several times a day. 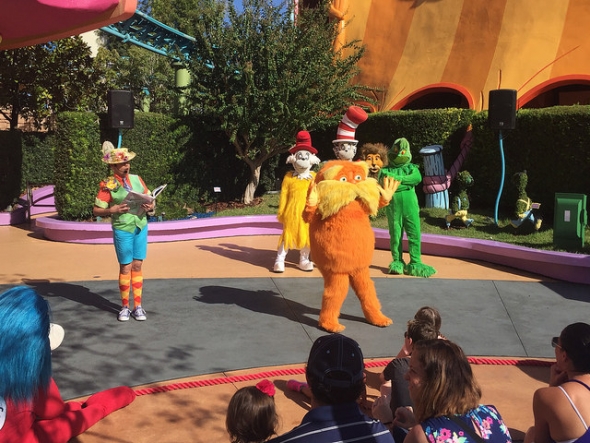 Perfect for small children, Oh! The Stories You’ll Hear! Is a character-led show that brings classic Dr. Seuss tales to life. A colorfully-clad storyteller is joined by The Cat in the Hat, Thing One, Thing Two, Sam-I-Am, The Lorax, and The Grinch. They sing, dance, and playact their way through familiar stories, giving them a rich new life that you can experience live and in person.

The show takes place hourly during peak seasons. It typically happens outside in the streets of Seuss Landing, but has been known to happen inside Circus McGurkus as well. 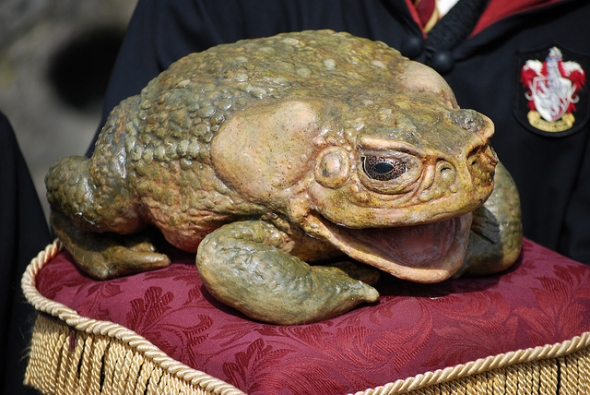 Where: Universal’s Islands of Adventure: Hogsmeade

There’s a permanent stage in Hogsmeade near Hogwarts Castle that hosts the Frog Choir several times throughout the day. This choir of Hogwarts students features both human and slightly inhuman singers, as each person holds a croaking frog to accompany them. You’ll find someone to support in the choir no matter which house you’re from; the choir includes one student from each. You can usually catch the show once an hour. 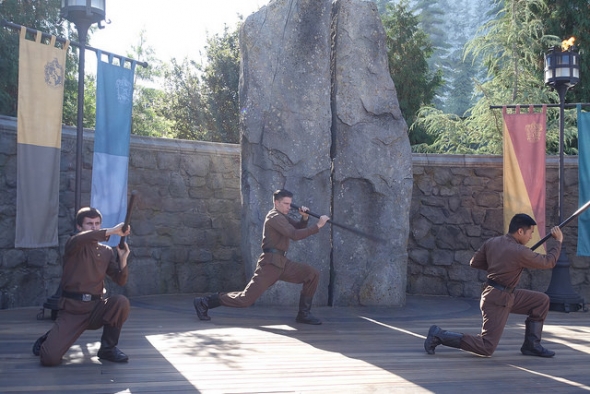 Where: Universal’s Islands of Adventure: Hogsmeade

The Triwizard Tournament is upon us, and the students of Beauxbatons and Durmstrang are rallying spirits for the coming competition. This stunning show includes ribbon dancing from the delicate girls of the French Beauxbatons Academy followed by a rousing acrobatics performance from the boys of Durmstrang.

The Triwizard Spirit Rally typically takes place hourly, with Frog Choir performances following 30 minutes later. Hang out in the streets of Hogsmeade nursing a butterbeer long enough and you’ll see them both.