The American Adventure is Red, White, Blue, and AWESOME!!! 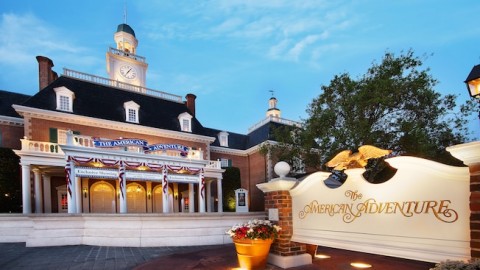 Walt Disney was a patriot! He tried to fight with the Allies in World War I, but he was too young. When the United States entered World War II, Disney was in his 40s, a bit long in the tooth for battle. That didn’t stop him from aiding the Allied cause, though. Disney created a slew of heroic videos that informed the American people what they could do and how they could help. Dude wrecked the Nazis without using a weapon!

Walt Disney loves this country so much that his blood wasn’t just red. He bled blue and white, too!

When Walt Disney proposed the Experimental Prototype Community of Tomorrow, he didn’t pick some other county to host the city of tomorrow. Hell no! He chose America! He planned that sucker in Florida, God’s country. And after he died, no Disney employee was going to rob that red, white, and blue-blooded American of his dream! 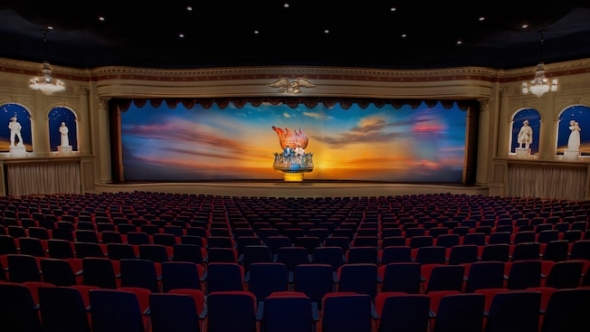 Epcot was going to stay in Florida, and it was going to include a World Showcase full of pavilions honoring other countries. One pavilion was going to tower above them, though. Let’s talk about the most kickass Pavilion at Epcot, the American Adventure! And it’s going to have a lot of exclamation points because it’s about America! USA! USA! USA!

“We built America, and the process made us Americans!” 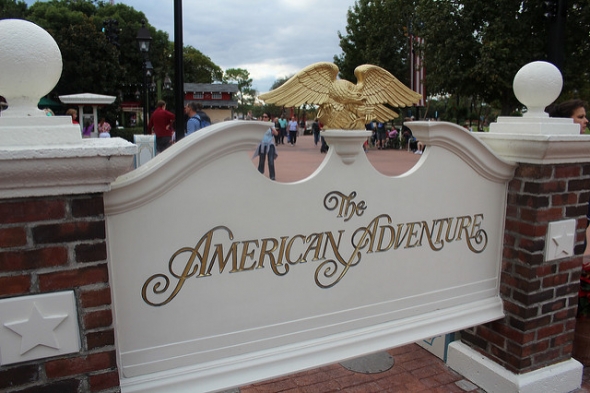 By now, you all know what forced perspective is. Disney’s park designers can make something look much bigger than it is. Uncle Walt signed off on the idea with Sleeping Beauty Castle at Disneyland, and it’s become a staple of parks around the world. The American Adventure doesn’t need any of that chicanery, though!

Americans are freakin’ huge! We know that size matters, but we don’t have to show off on the subject. We know we’re huge, and that’s enough. The American Adventure is the same way. It’s so massive that it uses the inverse version of forced perspective. This pavilion looks half of its actual size. From a distance, theme park tourists think that it’s only a couple of stories tall. Up close, people realize that it’s a massive five-story building! Let those other, smaller buildings act bigger than they are. America’s tough enough that we don’t need our pavilion to trick anybody. It’s awesome enough on its own! 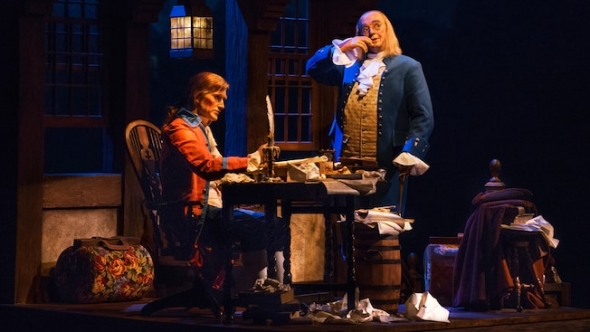 Image: DisneyWhat does the American Adventure look like? Imagineers built it in the only way that makes sense. It looks like the 13 colonies that broke away from the tyranny of King George III. Imagine colonial Williamsburg with an authentic Disney touch. That’s the theming here. And it’s so realistic that you might worry that the British are coming from several pavilions over. Don’t worry, though. You’re American. You can take them!