Behind the Ride: Despicable Me Minion Mayhem 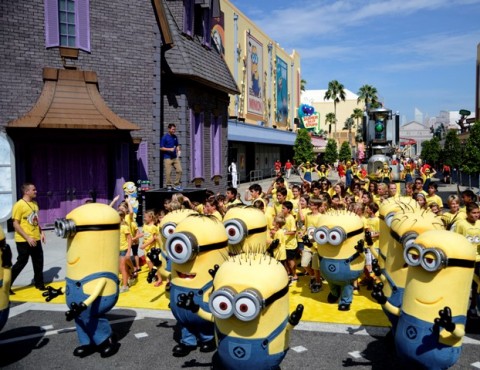 With this one silly phrase, a little girl in an animated movie stole the hearts of millions of people around the world. Her adoration of a stuffed animal was so relatable, so communal that this quote has become a part of the pop culture zeitgeist. Amazingly, it’s not even the most memorable part of the movie it comes from.

No, the star of Despicable Me wasn’t Agnes, the youngest of three orphans. It wasn’t even Gru, the villain who adopted them. Instead, it was his Minions, those adorable victims of repeated, seemingly random and arbitrary cartoon violence. 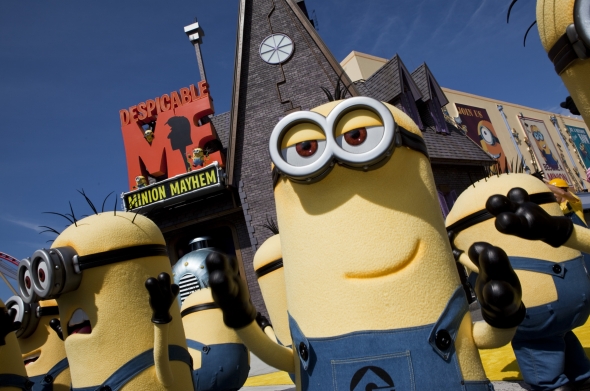 Image: UniversalAll those poor lil yellow dudes want are bananas and some mayhem. In 2012, Universal Studios Florida gave them their wish when the park introduced its latest attraction. Despicable Me Minion Mayhem was an instant classic, one so beloved that the company has duplicated it in Hollywood and Japan. Let’s take this opportunity to go Behind the Ride to understand what makes Minion Mayhem so wildly entertaining.

The experience: Setting up the complex storyline of the ride

The trick: A pair of new Despicable Me mini-movies! 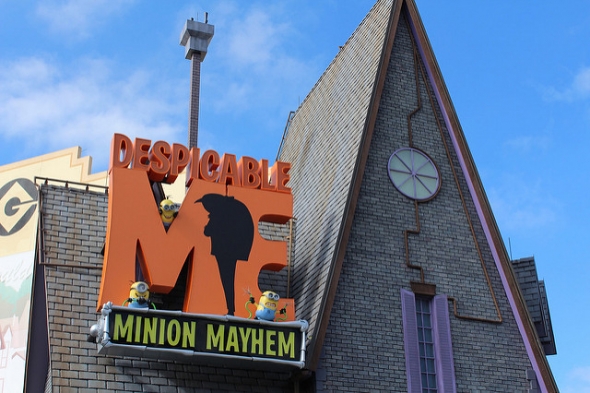 “We have finally worked out all of the kinks…as far as you know.”

The Minions are basically animated versions of the Three Stooges, only there are a lot more than three of them. Despite its name, Minion Mayhem isn’t just about Kevin and his mostly anonymous companions. Instead, it’s the latest big project from Gru, a (slightly) reformed supervillain and new parent to three daughters. The Minions help in carrying out the plan, but it does require a great deal of setup.

Without a mini-movie, you’d board the ride without any idea of what’s happening. To solve this problem, Universal ride designers asked the producers of the Despicable Me franchise to create a new four-minute clip and a shorter clip for the pre-show waiting area.

The first clip is basically a training video for the Minion Goggles. Gru and his girls (Margo, Edith, and Agnes) introduce themselves and play with the camera. Then, Gru offers instructions about how to use the Minion Goggles properly. You need them to see the world through the eyes of a Minion. Don’t think about the incongruity of Minion home base being safety-focused. Just enjoy the silliness! 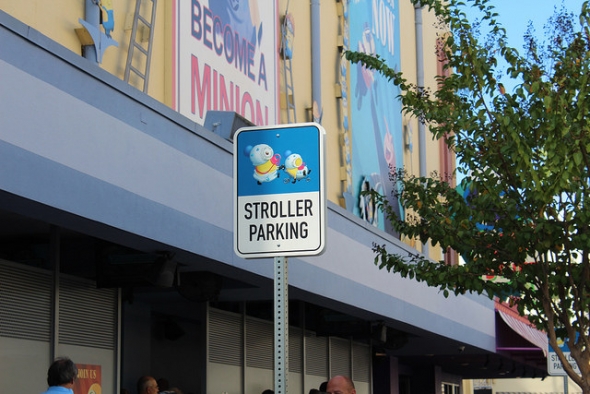 After the first pre-show clip, you enter a place known as the Minionization Prep Room. It’s really the second pre-show portion of the line queue, but this is the place where Minion Mayhem truly begins. That’s because this Despicable Me clip feels like it would be right at home in one of the movies. It’s that authentic in tone (and hilarity). The gist is that Gru needs more Minions! Duh! The attrition rate on these things is horrible, so of course he’d be in the market for more!

The second mini-movie is long on exposition but also full of big laughs. I’m not overstating the situation to say that the clip is one of the true highlights of the entire attraction. What’s impressive about the movie is that it distracts as it informs. The people in the final room forget that they’re still in the line queue for the ride. Instead, they all feel as if the ride has already begun. A theme park attraction is all about entertainment. Gru’s secret project is huuuuuugely entertaining.

Minions play pranks on one another, Gru cracks wise about the personal hygiene of some guests, and the three girls offer their usual dose of wisdom and kindness. They’ve made Gru a better person, and the secret of this ride is that he wants to show them his gratitude. But first, you must go through Minions Training!