Need to Cool Off? Here Are the Best Water Parks in the Country! 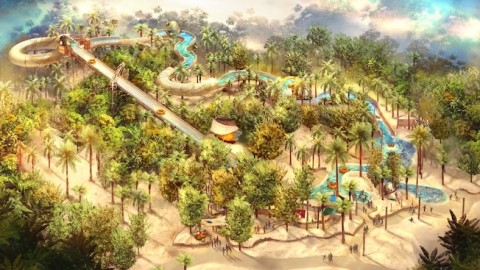 Ah, summer. As a child, you learn to love it as the time when school’s out. You and your friends play in the sun and then cool down by splashing in the water. It’s a simple pleasure that never goes away. As people get older, they simply find new ways to redirect that love. And the best of them is a day at a water park.

At water parks, every day is summer.

Nothing is more All-American than the idea of summer. It’s when the nation celebrates its independence. Perhaps that’s why the country has a ridiculous number of water parks. Did you know that there are roughly 30 of them in the state of Texas alone? Of course, those are just a small percentage of the 1,200 water parks in the United States. People certainly can’t get enough of them…but which ones are the best? What follows is a list of the eight best water parks in America. They’re all great enough to make you chant, “USA! USA! USA!”

Some water parks are more about the ambiance; others are all about the rides. LEGOLAND Florida Water Park combines the two while splashing in a crayon box worth of colors to make the whole thing better for kids.

In fact, even by water park standards, LEGOLAND is all about the kids. The Creative Cove section includes Build a Boat, which allows children to play with LEGOs in a novel way. First, kids construct LEGO boats. Then, they get to race them down a waterway to see who has built the most seaworthy vessel. Alternately, families can work together to build a float they can use to ride down a lazy river all afternoon. LEGOLAND is pure joy, and the water park is an extension of that feeling of euphoria.

You may not think of Iowa as a great destination for summer fun, but their water park is one of the best kept secrets in the industry.  Lost Island is a thematically brilliant facility located in Waterloo. Fans of Bill and Ted’s Excellent Adventure will immediately think of it as the real version of Waterloop, which is fair because this park is most triumphant.

Lost Island features several fantastic attractions such as Tá Katipo, a four-way race to the bottom of the water slide, and Molokini Crater, a tubed ride that dumps people out of a 60-foot funnel. The main attraction here is Wailua Kupua, a hydromagetic water coaster that offers the rider a stunning view of the park before thrusting them uphill through an intricate series of tunnels that eventually splash down at the bottom of the hill.