The Ultimate Guide to Shopping at Walt Disney World 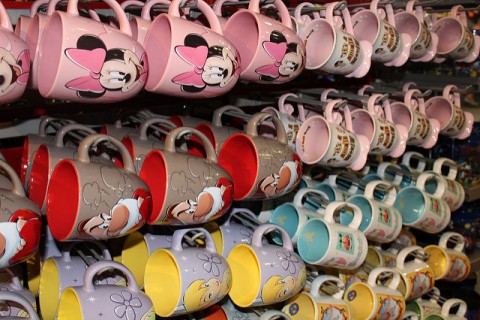 Everyone wants something special to take home from Disney, but there are so many options around the theme parks that choosing just a few items is a dizzying prospect. You don’t want to grab the first character mug you see only to wish for more shopping funds later in your trip. Use these tips to know where to shop, when to buy, and how to keep your purchases safe until you get home.

Know where to shop 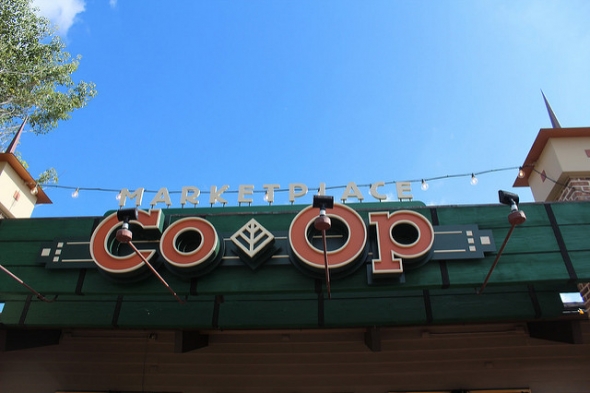 In Walt Disney World, you’re rarely more than a few steps away from a gift shop. While you can find standard picks like pins and mugs in nearly any gift shop, there are many outstanding destinations that offer more distinctly themed wares. Take some time to think about what you’d like to buy so you can conduct a smart search for great merch rather than giving in to impulse buys.

If you have a favorite character or movie, look for gift shops that are themed to your faves. If you’re looking for Nemo and Dory, try the SeaBase Gift Shop in Epcot’s Future World. For Pirates of the Caribbean, explore the treasures in the Plaza del Sol Caribe Bazaar at the exit to the Pirates attraction in Magic Kingdom. If you’re a Star Wars fan, the most extensive picks are at the Star Wars Galactic Outpost at Disney Springs and Tatooine Traders in Disney’s Hollywood Studios.

For festive finds that you can break out during the holiday season, you’ll find that it’s Christmas year-round in Disney’s Days of Christmas at Disney Springs. If you’re interested in chic home décor with a subtle Disney slant, hit D-Living or the Marketplace Co-Op, Disney Centerpiece in Disney Springs. 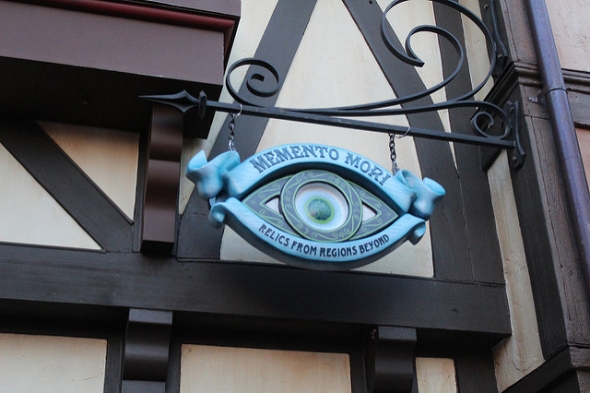 Fans of the darker side of Disney won’t want to miss Memento Mori beside the Haunted Mansion in Magic Kingdom. You’ll find plenty of chilling picks themed to the spooky house. Beverly Sunset at Disney’s Hollywood Studios is skewed toward the villainous side of Disney, with merch that serves characters like Maleficent, Cruella, and Ursula.

If you want souvenirs with a cultural slant, you can find items from Asia and Africa in the gift shops in Disney’s Animal Kingdom. Epcot’s World Showcase features a gift shop for each of the featured countries. You’ll find both authentic items from those countries as well as Disney-inspired pieces with global interest added, such as products that feature Mickey and Minnie by the Eiffel tower in the gift shops of Epcot’s France. 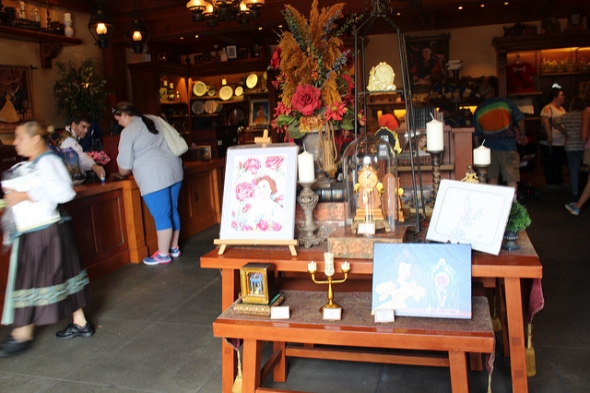 If you’re looking for an item that’s themed to your favorite ride or country, grab great finds when you see them. The woven baskets from Africa are unlikely to appear anywhere other than the gift shops in Disney’s Animal Kingdom. The extensive collection of origami paper available in Epcot’s Japan is exclusive to this part of the park. Don’t hold off hoping to see these types of items elsewhere. Grab them now.

Resort merchandise is also unique to its destination. With the exception of some pins, items that sport the Grand Floridian logo are only available at the Grand Floridian. The rustic finds at Disney’s Wilderness Lodge only appear at their gift shop. If you see hotel-themed items in a resort gift shop, snag them while you can.

If you’re not sure whether you’ll see a certain type of merch again, don’t hesitate to find a Cast Member and ask. Merchandise Cast Members are a great source of information. They can peek in the back for different colors or styles, tell you which stores carry similar wares, and offer some suggestions for similar merchandise in other parts of the resort.