3 Things To Remember When Visiting the "Other" Disney Park

Are you a Disneyland fanatic planning a trip to Walt Disney World? Maybe the opposite is true. After several visits to the most popular theme park in the world, Magic Kingdom, maybe you want to visit the originator, Disneyland.

Whichever one you’re planning to visit, you shouldn’t expect a huge difference in traffic at the main park. Magic Kingdom had 20.4 million visitors last year; Disneyland was the second most popular park in the world with 17.9 million. Both places are crowded, and that’s because both places are awesome. Any self-respective theme park tourist should visit both places at least once.

Personally, I’ve spent many days at Disneyland and literally months of my life at Walt Disney World. Today, I want to help others with their planning of future trips to either park. Here’s everything you need to know about the differences in planning visits to Disneyland vs. Walt Disney World. 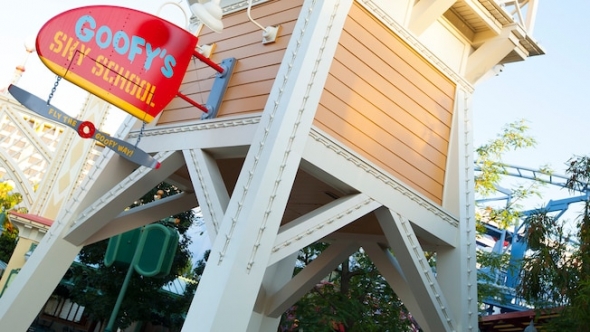 image:DisneyThe first thing to keep in mind is that you’re probably looking at a larger travel expense and should budget accordingly. You presumably visit your favored Disney park more often because of its proximity. If you’re flying or driving longer to the other park, you’re probably going to pay more. Having said that, if you’re flexible with your travel dates, you have a good chance at scoring cheap tickets.

Assuming that you’re not close enough to drive, you’ll need to know a couple of things about flying into the various airports. At Orlando International Airport, Disney will do a lot of heavy lifting for you. Choose the free Magical Express service and Disney will take care of your luggage. You’ll drop off your bags at your departure airport. Then, they’ll show up at your hotel a few hours after you do. The only catch is that you have to stay at a Disney resort to receive this benefit.

The trip from the airport to the hotel will take about 45 minutes, but it’s a comfortable ride. The Disney buses have monitors that will show Disney cartoons and offer tips about your upcoming park visit. Alternately, you can use Uber Black to head directly from the airport without waiting for a Disney bus. The cost is about $60, and you only save 20 minutes. So, this option isn’t ideal for most people. 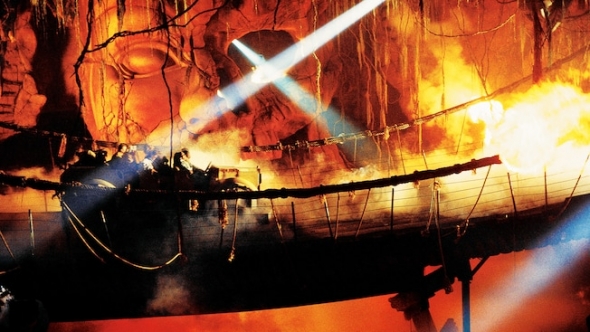 image:DisneyAt Disneyland, the choices are Los Angeles International Airport and John Wayne Airport. Your instinct might be to pick LAX, but that’s rarely the best choice. This airport is 34 miles away from Disneyland, which is an eternity in traffic. Since we’re talking about Los Angeles, there’s always traffic. You’ll pay $30 one way or $48 round trip per adult. Children 11 and under receive shuttle service for free, but the ratio is one free child per one paying adult. So, the shuttle can get expensive for large families. You could also waste two hours of park time stuck in traffic.

For these reasons, you should fly into John Wayne Airport if possible. It’s a smaller airport with far fewer flights than LAX. That means it’s less chaotic. I have some friends in the movie industry who travel all the time. They avoid LAX whenever possible, and they LIVE in Los Angeles. John Wayne Airport is in Orange County, approximately 14 miles from Disneyland.

While traffic is still an issue, it’s nowhere near as problematic as LAX departures. You could feasibly spend only 25 minutes in a vehicle if you’re lucky. That’s actually better than Magical Express at Walt Disney World. Disney again offers a shuttle from this airport, and the pricing structure is similar to LAX, albeit cheaper. An adult will pay $20 one way or $35 round trip, while children under 11 are free at the rate of one free per one paying adult. At these prices, Uber and competing shuttle transportation services are valid considerations. You can get fare estimates for ride sharing services at several websites. I use EstimateFares for Lyft and Uber Estimate for Uber.

This article makes some misleading statements about Disneyland. While there are 47 Good Neighbor hotels, only 11 of them are close enough to qualify as "across the street" from the resort; the rest are from .5 to two miles away. And "across the street" can mean anything from .3 to .6 miles away. Sometimes more! The Disneyland Hotel is .5 miles away, so a few are closer to the gates than that. But, the Good Neighbors measure their distances just to the entrances to the parks, so if you want to walk anywhere else in the resort, like say DTD, it will be even further away for you. The argument about the cost differences between Disney hotels and the Good Neighbors is a good one, but the physical distance argument is misleading! None are "much closer" and some may be quite a bit further than you think. Not all offer transportation the the parks, and not all of those that do offer it for free.

The argument that there is no "Disney Bubble" at Disneyland is also misleading. If you stay in a Disney hotel, the outside world doesn't need to come in , same as it is at WDW. It's much easier to seek the world out if you want to at DL than at WDW, but you can absolutely avoid it.

And frankly, the statement "At Disneyland, the food options aren’t as good" is just untrue. The options certainly aren't as numerous as they are at WDW, with many more parks and hotels to locate them in, but the quality of the establishments is just as outstanding. With its own Food and Wine Festival, Festival of Holidays, and Lunar New Year, DCA has established a strong foodie culture that may one day rival EPCOT, while locals and tourists alike flock to classic establishments like Blue Bayou and new favorites like Napa Rose.

While I think this is a good topic, and personal preferences always play a factor when making recommendations, I think some of the information in this article is misleading to people and misrepresents what the DL resort has to offer.

You failed to mention Long Beach airport. Even closer than John Wayne.