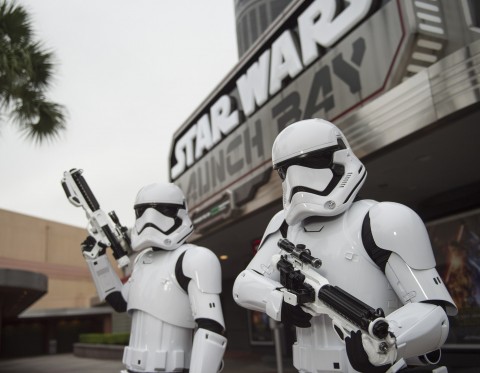 While the repercussions of Disney’s purchase of the Star Wars franchise can be felt throughout the parks, nowhere is this effect more pronounced than in Hollywood Studios. The additions of the March of the First Order, Star Wars: A Galactic Spectacular, and Jedi Temple Training breathed fresh life into the atmosphere of a park that was starting to wane in popularity. Star Tours is no longer a lonely monument to the Skywalker saga hidden away in the depths of the park. The Force is strong with Hollywood Studios as Disney prepares the way for Star Wars Land, due to arrive in 2019.

Though this lengthy wait may drive some fans to scream, “THAT’S NOT TRUE! THAT’S IMPOSSIBLE!”, diehard Star Wars loyalists don’t have to settle for a few repeat rides of Star Tours and call it a day. One of Disney’s best Star Wars tributes so far is easily one of its most overlooked: Star Wars Launch Bay. 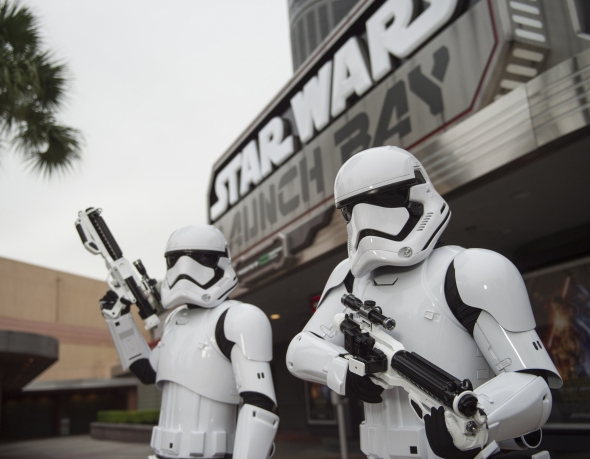 It’s easy to dismiss this attraction as a quick character greet and time pass. For serious fans, Star Wars Launch Bay holds a treasure trove of galactic entertainments and Easter eggs. Indeed, for true fans, Star Wars Launch Bay might just be the most underrated attraction in all of Hollywood Studios. We found nine reasons for you to check it out on your next trip. Even if you’ve been before, you may have missed #7!

1. “These aren’t the droids you’re looking for…” – The Stormtroopers 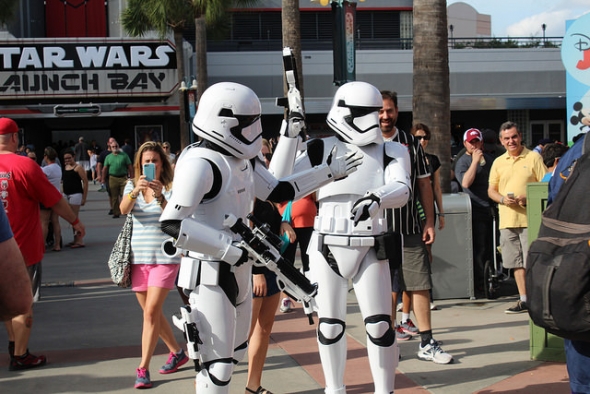 Before you even enter the Launch Bay (which you can find by turning right at the Chinese Theater/Great Movie Ride), fans already have a chance to gawk. Stormtroopers loyal to Kylo Ren frequent the courtyard leading to the Launch Bay. They make a regular business out of intimidating guests with declarations of First Order propaganda and even have been known to give the rare kid dressed as their malevolent overlord an escort through the park.

For would-be Jedi, Sith, Rebels, and Imperials, there are no words for how cool these Stormtrooper patrols are, particularly when they culminate in the March of the First Order. Seeing the First Order’s elite march by haranguing guests is enough to make a superfan spontaneously sputter, “TK421, why aren’t you at your post?!”.

2. A long time ago, in a galaxy far, far away… - Exclusive Behind-the-Scenes Footage 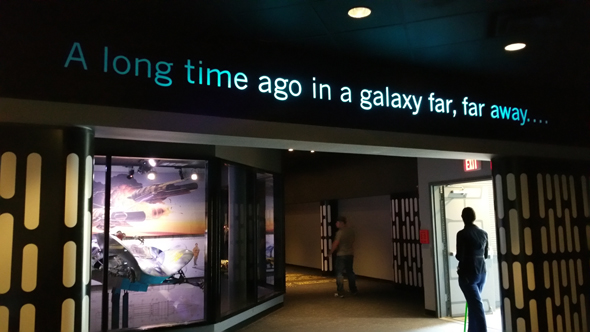 The layout of Star Wars Launch Bay makes it easy to assume the attraction is nothing more than a short film and a series of character greets. While you can easily bypass the Launch Bay Theater at the attraction’s entrance, fans of the series may enjoy the ten minute behind-the-scenes film featuring exclusive interviews with the cast and crew of the Star Wars saga. It’s not only a great way to set the mood for the tour of Star Wars fandom to come—it’s a great way to get off your feet and out of the heat for a few minutes. Indeed, we have talked before about how Star Wars Launch Bay is one of the best destinations in the park for introverts and families needing to catch their breath.