Do NOT Eat This at Walt Disney World This Summer... 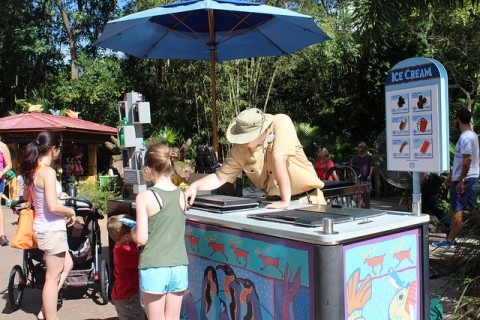 Though it’s easy to forget amid the colorful scenery and playful characters, there’s no denying that a day at Disney is downright strenuous. The heat and humidity can leave you severely dehydrated, while the added strain on muscles that aren’t used to walking all day can create an uncomfortable sense of nausea. Don’t let the challenges of a theme park vacation bring you down. Take care of yourself during those tiring days and steer clear of tasty picks that will really make you feel worse. 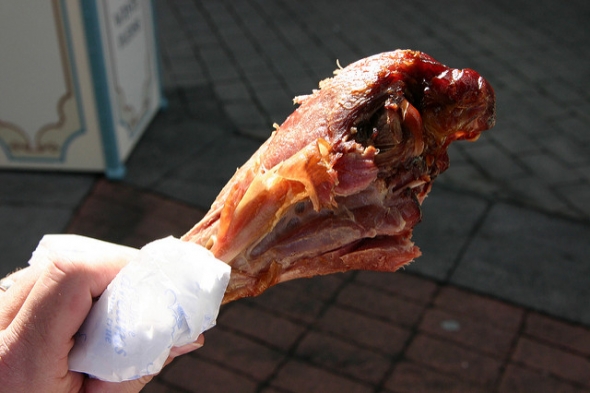 Oversized turkey legs have become something of an icon in Walt Disney World. They’ve been featured on t-shirts, in Disney-themed play food sets, and – inexplicably – as a scent for car air fresheners. While it’s admirable that you’re so dedicated to getting the full Disney experience, the turkey leg is really something you can afford to skip out on. It’s no different from similar picks at your local state fair. Disney has so many distinctive dishes that are truly unique, you don’t need to waste your time on those that are wholly predictable.

The other downside of the giant turkey leg is that it fills you up with a wildly unbalanced meal. You’ll get plenty of fat and protein, but no carbs to balance it out. You need a little of both to push through a strenuous day at the parks. Instead of piling pounds of greasy meat on your stomach, try something well-rounded. Even a simple sandwich will help you balance protein and carbs better than a turkey leg, so you have less of a lump in your belly and more energy to keep moving. 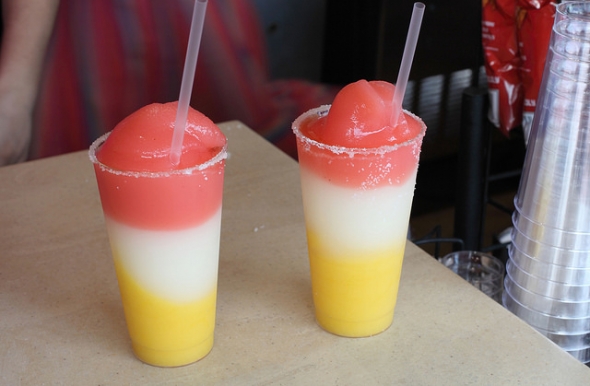 When you’re slick with sweat in the punishing Florida sun, those icy adult drinks start to look mighty delicious. You’re probably thinking you can justify your pick thanks to the water content and refreshingly chill temperature. While these drinks may cool you off initially, they’ll dehydrate you in the long run.

Alcohol makes it more difficult for the body to reabsorb water, so you’ll lose more fluid than usual. It can also have a nauseating effect, particularly in the hot weather. If you do succumb to the temptation of a few beverages, increase your water intake to keep dehydration at bay.

This is solid advice. Carbs (even some white carbs) are important when walking 20,000-30,000 steps per day for as much as a week straight, and you're dead-on with that turkey leg, which actually might be fine if you can find some whole grains to supplement it. The only other advice might be to "carb load" each night for the next day with as many whole grains, fruits, and veggies you can get your hands on. As for refined sugar, I agree, save it for your late night dessert--and even then choose the cheesecake. Skip the soda the entire trip as far as I'm concerned and drink water, water, water, and more water.