4 Bizarre Wildlife Phenomenon You Might Witness at Disney Parks 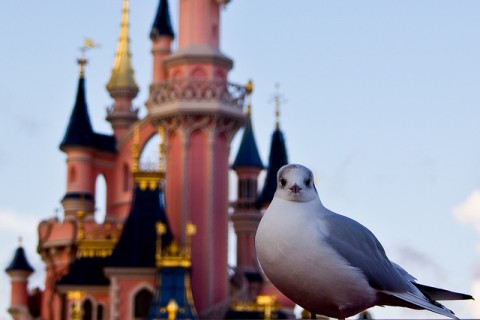 Walt Disney’s vision for his parks included a strong emphasis on nature conservation. While this value is still apparent today in educational attractions at Animal Kingdom and Epcot, most guests may not realize that a third of Disney World’s property is still set aside for natural habitat conservation. This proximity to Florida’s wilderness has created a rich environment where local wildlife don’t just occasionally skitter through Disney parks—they literally call those parks home.

Florida is already a lush state where animals and humans cross paths daily. At Disney World, these interactions have taken on a life all their own. On any Disney trip, you might observe songbirds, color-changing geckos, or come face to face with Florida’s formidable insects. Some of these interactions, however, might just take guests by surprise…

1. Death from above – Divebombing seagulls 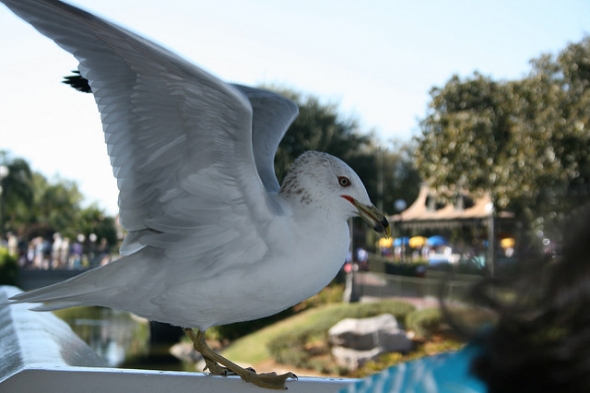 Anyone who has spent time near water probably chuckled when Finding Nemo chose seagulls as the butt of one of the film’s funniest jokes.

Take a stroll by the entrance for The Seas with Nemo and Friends at Epcot if you ever need a reminder. It doesn’t take long watching seagulls to realize just how resourceful, gregarious, and audacious these birds can be. For how quirky they are to watch, gulls can quickly turn into nuisance birds, particularly when they associate humans with food.

Part of this issue stems from the naughty habit of guests feeding wildlife. However, it’s not entirely guests’ fault. With so many outdoor eating locations, it’s impossible for Disney restaurant and custodial staff to sweep away every empty plate or bucket of popcorn abandoned by passing parkgoers. Seagulls are quick to swoop in and scavenge these rich morsels, but some of the bolder ones have taken a more devious approach to filling their bellies. 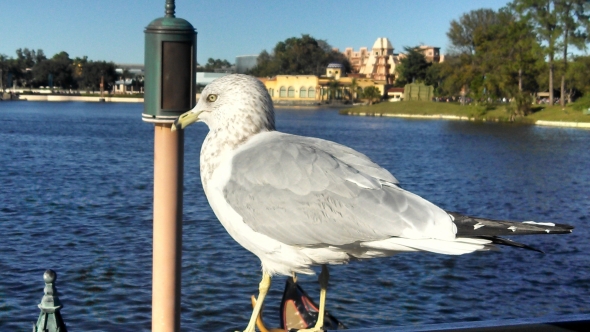 I first observed this phenomenon outside the Rose and Crown pub at Epcot. A number of guests sat in the open café area by the water to enjoy fish and chips. Families engaged in conversation, munched on pub fare, and snapped photos of World Showcase from their seats. A flock of seagulls perched on the lagoon wall, watching… waiting.

Unbeknownst to the diners, one of the gulls took to the air, masterfully riding thermals to hover above the tables. Like an old-timey claw machine, the gull dropped directly down, scooped up two clawfuls of fried fish, and swooped over the wall to safety before the stunned guests could even blink. These folks weren’t clumsy eaters flailing their fish in the air. The seagull had straight up ninja-d a full basket of fish from the center of the crowd.

It seemed a one-off event, but a few minutes later, the scenario repeated itself. A gentleman looked away from his meal for a second. The next, a seagull dove in, trying to snatch his basket of chips. The gentleman swept his meal away just in time for the gull to claim a beak full of napkins which it discarded during its escape. The others chanted “Mine-Mine-Mine!” in mockery at their comrade's failure.

This is an amusing example of the gulls tenacity, but more serious cases can actually result in guest injuries—those beaks are sharp (good thing Disney has awesome first aid centers). If you see these Florida locals hovering nearby, perhaps keep your plate a little closer than normal. If not, your fish fillet might end up the next meal for these clever little burglars.

While waiting to leave pop resort early in the morning ( 3 am), I noticed bunnies hopping here and there . I told an employee and he confirmed they had a sizable population. I asked if they had to control them. He gave me a mirthful look and said "nope!", making a chomping action with his arms and hands. Lol

Don't forget the deer and wild turkeys roaming the Magnolia and Palm golf courses, who occasionally chase the golfers, and vice-versa.

while at Disneyland
My roommate: "oh look at those ducks, they're scrappin"
Me: "that isn't scrappin...."
XD