6 Reasons To Drop Everything and Visit the Mexico Pavilion 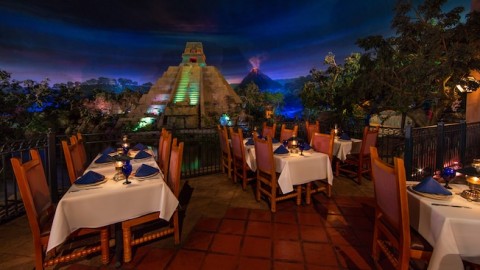 When Disney first introduced Epcot’s World Showcase in 1982, only nine countries were participants. One of these Epcot originals was Mexico. This location offered one of the most visually interesting of all the pavilions and, in fact, anything else at the new Walt Disney World theme park. Over the years, Mexico has steadily improved its offerings and has become one of the go-to destinations at the World Showcase. Here are six reasons why you’ll love the Mexico Pavilion. 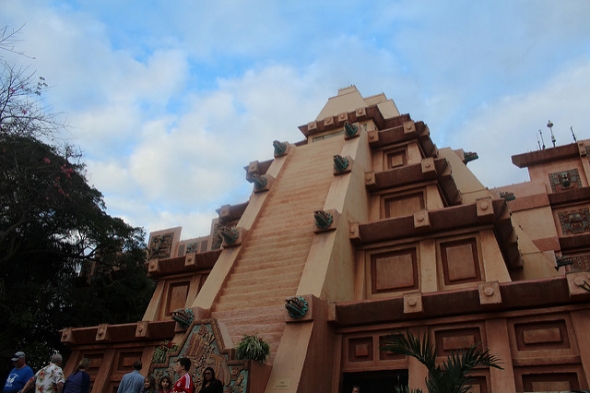 Guests know that they’re approaching the Mexico Pavilion when they see the steps of the giant pyramid ahead. Technically styled as a Mesoamerican pyramid, it’s the type of structure that demands attention. The stairs are dramatic and steep, although no one is allowed to climb them. Instead, the presentation is all for show, a representation of the days of the ancient Aztecs, whose architecture still impacts Mexico’s buildings to this day.

Guests must enter the pyramid to see the equally impressive landscape inside the pavilion. The interior also captures the eye, again highlighting a pyramid off in the distance. Yes, the Mexico Pavilion hides a pyramid inside another pyramid. The backdrop of this construct is also inimitable. Dark blue skies surround the pyramid, giving the entire interior an odd blueish glow. While all of the World Showcase pavilions have distinct designs, nothing else can match the style of the Mexico Pavilion. 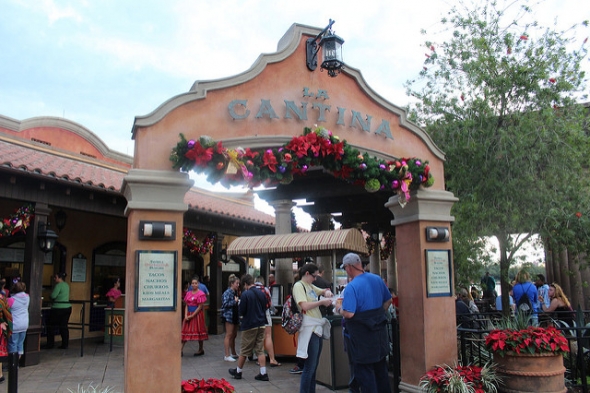 Image: DisneyThe food goes hand in hand with the architecture here. While that may sound strange, the explanation is that Disney has taken a page straight out of the history books of Mexico. In 1692, some enterprising businessman turned a Carmelite monastery into a restaurant. That location is still in business today. Named the San Angel Inn Restaurante, it’s one of the most famous eating establishments in the world and an institution in the borough of Álvaro Obregón, just a few miles southwest of Mexico City.

In the years leading up to the debut of Epcot, Disney petitioned to recreate this facility. Shockingly, they received permission, and the happy output of this negotiation is San Angel Inn Restaurante, which I jokingly describe as “dinner at that Mel Gibson movie.” I offer an apology to those of you who haven’t seen Apocalypto and have no idea what this means. 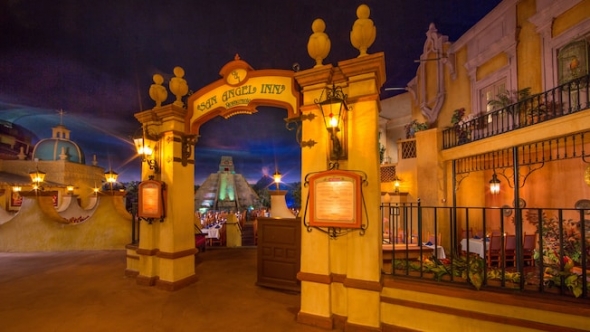 Image: DisneyThe point is that among all 300 restaurants at Walt Disney World, NOTHING can match the pageantry of sitting down for a meal at San Angel Inn Restaurante. Anyone who has never eaten there should prioritize it for the next trip. It’s a table service meal where the view is of a giant pyramid set against a foreboding sky. The food is excellent Mexican cuisine, of course, so anyone who enjoys flour tortillas or caramel ice cream is in business. I especially recommend the Combinación Mexicana, the perfect sampler entrée.

Another popular eating establishment is La Hacienda de San Ángel, which comes in two versions. The sitdown side is an indoor table service restaurant that offers exceptional views of IllumiNations: Reflections of Earth. It’s also a wonderful escape during a scorching Florida afternoon. Nearby is an outdoor counter service version named Cantina de San Ángel that overlooks the adjoining World Showcase Lagoon. The views here are also tremendous, although it seems like the hottest place on planet Earth on sunny days. 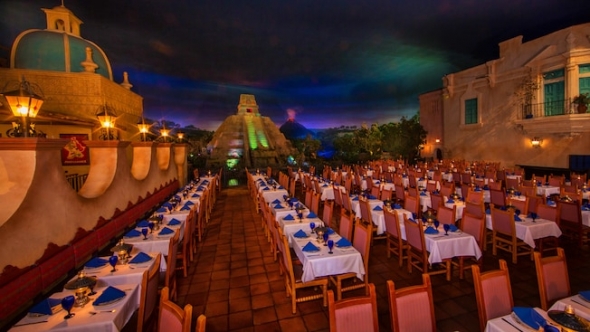 Image: DisneyThe most interesting recent introduction to the Mexico Pavilion’s food and beverage offerings is Choza Tequila. It joins La Cava del Tequila. You can guess the favored offering at both establishments. These tequila bars are the preferred way to get sloppy at the World Showcase right now.

"Drop Everything"? Good grief! I'm really hoping the author (or other regular article writers to the site) step up in defense of the other pavilions as well!
In it's defense though, I do agree that Mexico is a great pavilion. As a kid, the view inside blew me away, and it was nice to finally get on a ride after the long hike around World Showcase. Definitely a nice pavilion, I agree!