Why Universal Lags So Far Behind Disney 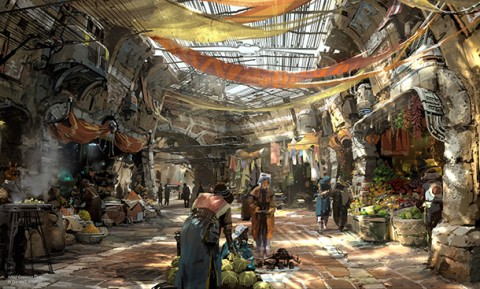 Now that we’ve discussed the things that Universal Resort Orlando does better than Disney theme parks, let’s look at the situation from the other perspective. The Walt Disney Company’s position of dominance in the theme park industry speaks for itself. Uncle Walt invented the concept, and his Imagineers have maintained that legacy for more than 60 years.

With so much experience and natural expertise, Disney theme parks are basically cathedrals for escapist entertainment. Any theme park tourist can enter a Disney park and immediately feel transported to a better place. There’s true beauty in this transformation, and several aspects of design work together to build the backbone of Disney infrastructure.

Universal, the new kid on the block, has mimicked Disney as best that they can, but they’re still the students. Despite decades of competition, Disney has effortlessly maintained its status as the teacher and leader of the theme park industry. Here are five ways that Disney dominates Universal in building a better vacation experience. 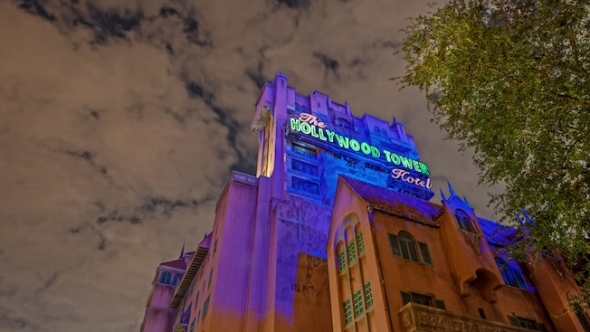 Universal Studios ride designers might have a type. Virtually everything they do has a degree of sameness to it. While some novelty exists with attractions like Jurassic Park The Ride, Skull Island: Reign of Kong, and Revenge of the Mummy, most of Universal’s popular attractions fall into the same category. That’s unfortunate bordering on lazy. 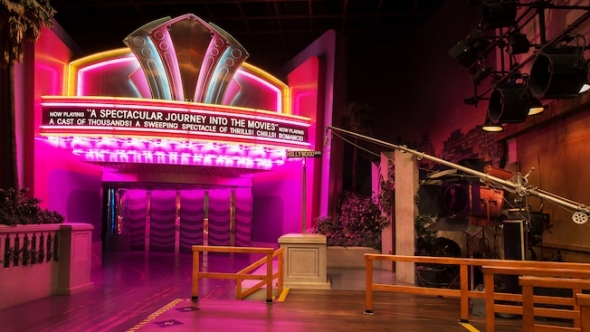 Image: DisneyContrast the situation to Disney. A person who enters the park and walks down Hollywood Boulevard has the following options. They can go straight ahead and enjoy The Great Movie Ride, a masterpiece of narrated escapism that celebrates classic Hollywood. They walk past that section, turn left, and wind up at Toy Story: Midway Mania!, an interactive attraction with the feel of both a videogame and a carnival challenge.

Alternately, a theme park tourist could turn right on Sunset Boulevard. There, they’ll have a choice of the world’s greatest drop tower dark ride, The Twilight Zone of Terror, or the most kickass roller coaster in Orlando, Rock ‘n’ Roller Coaster Starring Aerosmith. And if someone is absolutely determined to ride a motion simulator, there’s always Star Tours. Disney even plussed it in a way that nothing at Universal can match. It has custom randomization built in, which allows it to offer a different ride every time.

I agree on the rides. I think it's a push. Both are good in their own way. Disney does crush Universal on food, thanks in a big way to World Showcase at EPCOT.

I also think an advantage to Disney is the size. You just feel separate from everything while you are there. Due to it's location and size, Universal can't do the same.

Quite the opposite in regards to a totally immersive land. Universal has had Harry Potter for nearly a decade, and we are just now seeing Disney get their first immersive land with Pandora.

I know two teenage boys (my sons) who completely disagree with you. They are more about thrills and screens and less about slow boat rides and animatronics. To each, their own.

Agree with everything except better rides. Disney had better rides 15 years ago but not anymore. You make the same fanboy argument about motion simulators that is off base. Yes they have quite a few but no ones favorite ride is the Simpsons ride. Where are Hulk, Rockit,Dragons, Forbidden Journey, And Gringotts on this list. Plus the Hogwarts express is a much better mode of transportation between parks then the monorail or glorified cable cars will ever be.

Disney has nothing that can even compare to these rides at all. Nothing as technologically advanced or fun. Universal may do a lot of simulators (I'm looking at you Fallon) but their non simulator rides are leaps and bounds better than anything Disney is building. Disney has built a kiddie coaster, reskinned a boat ride, built the worst dark ride they have (that's you Mermaid) and well that's about it in the last decade. The two new rides this year are a boat ride and Soarin 2.0 as part of Pandora.

I'm starting this here... NOT ANOTHER BOAT RIDE at Disney. I think they have more boat rides than Universal has simulators. Pirates, Frozen, Pandora, Living with the Land, Small world, Tom Sawyer island, etc. Star Wars first order ride is going to be a boat ride I bet.

Overall good article, just please don't be a fanboy and fall for that garbage Disney argument of everything is screens at Universal. That's for whiny Disney fanatics that can't stand that they don't have good rides at their favorite park and have to go up the street to ride the best rides in Orlando.