4 Secrets to Great Character Meet and Greets at Disney 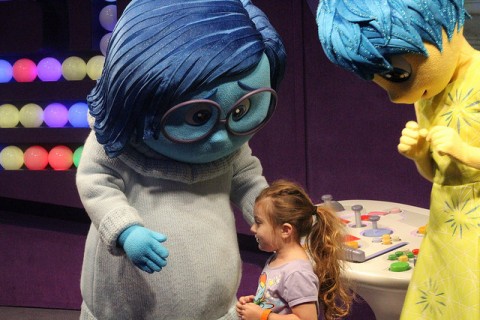 Many guests queue up in long lines for character meet and greets only to find that they don’t really know what to do once they’re there. You only have a few minutes to grab an autograph, exchange a few words, and snap your picture, so it’s important to make the most of it.

Take Something Besides an Autograph Book 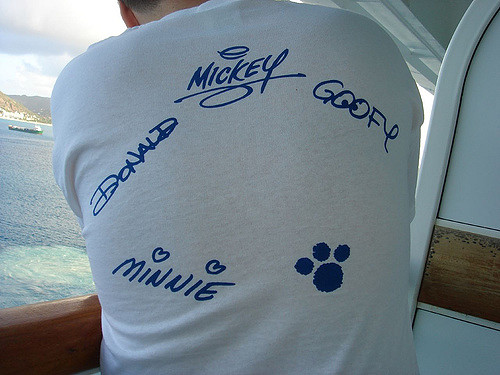 Grab your autographs on a shirt instead of in a bookImage: Ethan Ableman, Flickr (license)

You don’t always have to turn to the traditional autograph book to get characters’ signatures. They’ll sign just about anything provided that it’s big enough. Think about what you want to do with your autographs once you return from you vacation. An autograph book isn’t really the best way to display them if you’d like something you can use or show off as part of your home decor. Consider trying some of these creative alternatives instead:

Think outside the box with your items and make sure you’re getting an autograph on something that you’ll really treasure. 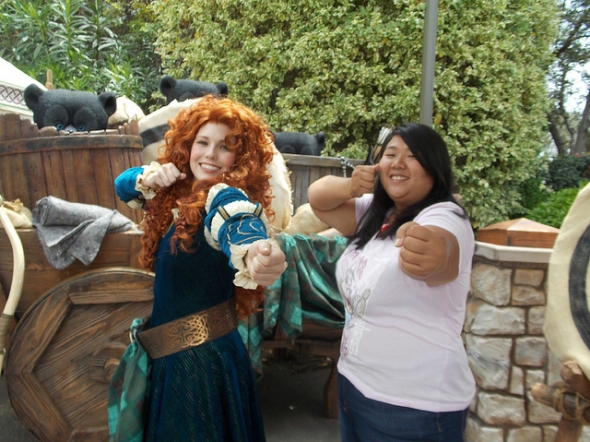 Are you tired of pictures where you put your arm around the character and smile? Make sure you’re snapping really creative shots that you’ll want to share, print, and display. It helps to think ahead a bit so you have something in mind by the time you make it to the front of the line. There’s not a lot of time for improvisation or discussion once you’re with the character.

One easy option is to mimic the character’s signature pose. If you’re not sure what that is, a quick Google search will give you some good ideas. In many character lines, you’ll also have a chance to watch those before you for an idea of how that character poses. Most have a few classic moves. For example, Peter Pan crosses his arms over his chest, Sully might hold up his paws in a scare pose, and green Army men often salute. If you adopt a particular pose, the characters will be quick to follow along.

If you’re a man, you can show off your muscles for the princesses. Women can woo over Gaston. If you’re in a photo with other members of your party, brainstorm together so you can coordinate your pose. You may have one sister with an arm around Aladdin while the other crosses her arms angrily. Have fun with your poses to get shots that you’re truly treasure.

Bring Along a Prop 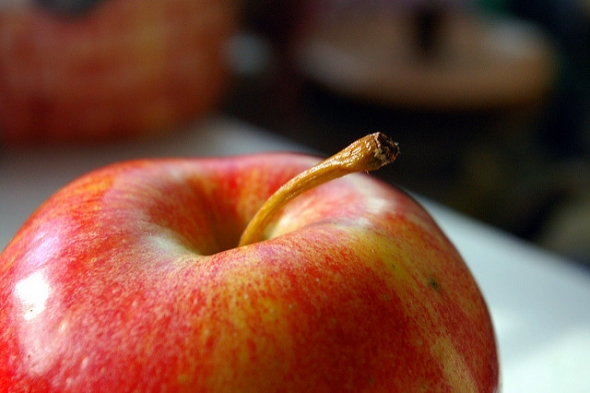 Props offer a playful way to take your themed photos to a new level. While you don’t want to cart a giant bag of extras with you around the park, you can easily stick a few small items in your bag to add more charm to a photo with your favorite princess or other character. Consider these ideas.

All great ideas! My daughter is 3 and a little shy. We took little stuffed versions of each princess to each meet and greet. She loved showing them off to the "real" princess and all of them made such a big deal over the stuffed version of themselves. 6 months after our trip and all she can talk about is going back to show the ones we missed!