These Rides Are Almost Always Broken...and No One Notices 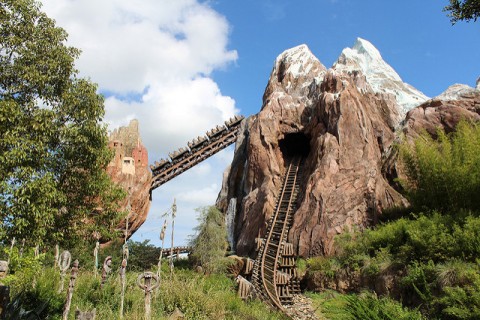 Walt Disney World has some of the most innovative ride features in the world, yet some of its best elements are often unseen. Unfortunately, the more complex and groundbreaking a ride feature is, the more trouble it tends to kick up for maintenance engineers. Cast Members regularly quip about how long the best new features will last in an attraction. If you’ve ever felt like something was lacking on your favorite attraction, you may very well have been right. Take a look at these troublesome ride features that are difficult – or even impossible – to catch in their fully operational state.

The carno and compies in Dinosaur 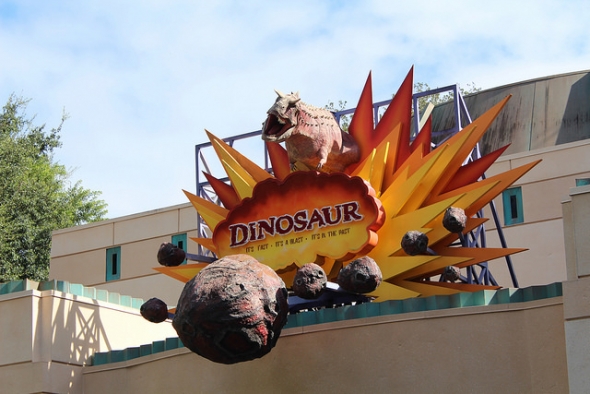 Dinosaur was designed to be a frightening Jeep ride through a prehistoric jungle teeming with carnivorous dangers. Thanks to the cover of nearly total darkness, it does an adequate job. However, Dinosaur as it was meant to be is much more thrilling than the Dinosaur many guests experience today. One of the ride’s most persistent troubles comes in the form of the “jumping” Compys.

Around the middle of the ride, you circle past a clearing lit by a thunderstorm and spot a pair of Ceradactylus on a rock. The Jeep then plummets down a hill, narrowly avoiding a Pterodactyl. A pack of Compsognathus (or Compys, to those white-clad scientists manning the lab) leaps over your head, each one lit briefly as you bump along. The Compys are completely stationary on their sticks, making the effect notably awkward. If they were functioning, they would actually move forward and appear to hop over your head.

Further into the ride, you experience a loss of traction and encounter the charging Carnotaurus. For years, this Carno (the second of four you see in the ride) didn’t move forward at all. He lit up and pumped his legs, but the poor beast never got any traction. In more recent years the animatronic has had better success rates, so here’s hoping you’ll get a fully charging Carno coming at you during your run.

The Yeti on Expedition Everest 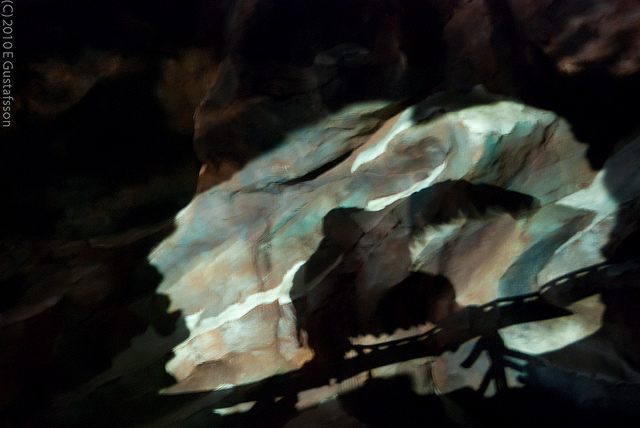 The yeti is the most glaring example to date of an amazing ride feature gone bad. Outrageously expensive even for a Disney animatronic, the Yeti was meant to be the star of the $100 million attraction. Standing 25 feet tall, the beast has an impressive range of motion that extends five feet horizontally, and 1.5 feet vertically. Or at least he did. When he was working.

What Imagineers didn’t take into account was that this mammoth creature would exert 259,000 pounds of force in its combined hydraulic cylinders. Though the mountain contains 1,800 tons of steel, it wasn’t enough to keep the Yeti in place. Continuously moving, he began to crack the foundation of the building. And thus, Disco Yeti was born. Today, the Yeti tends to hold still and put up with a strobe light in his face to create a poor illusion of movement as you speed by.

I thought the dancers in the Great movie ride used to move. Sad. I also miss the mermaids in the Pirates of the Caribbean.

Actually in Dinosaur they've plussed the compys! Now they are a projected scene in which compys run above your head. Which is much more visually appealing than the dimly lit static rubber dolls they used to have. I really think they added it recently since I hadn't noticed it even after having ridden it shortly after it's recent extensive refurb.