Have You Walked By These Hidden Animal Attractions? 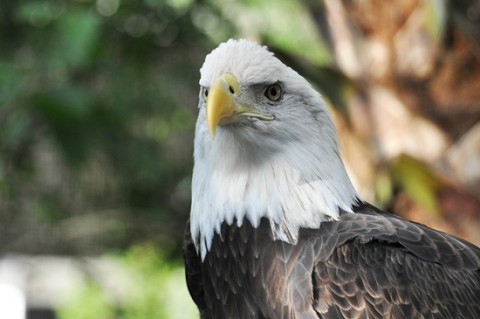 One of the biggest mistakes guests make while visiting Disney’s Animal Kingdom is not seeing many of the animals. The majority of the guests probably see the animals that are part of Kilimanjaro Safaris, or even some of the animals in the Oasis like the macaws that tend to be out while guests are entering the park.

Far too many guests however do all of the rides and a couple of shows in the park before claiming that they have done everything there is to do at Disney's Animal Kingdom. With the reputation of being a “half-day park” at least in the last few years before the extended hours began, some of the park’s animals have actually become little or unknown to guests. Even if you do make a point to visit some of the animal walking trails during your visit, here are some animals you may be missing during your trip to Disney’s Animal Kingdom: 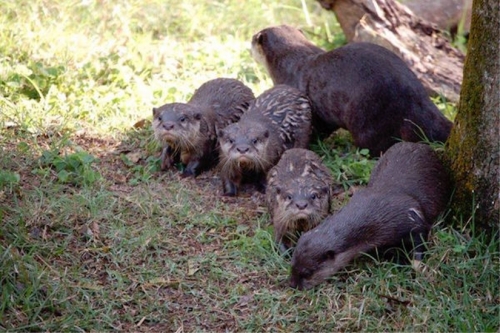 The Discovery Island Trails is home to one of the most adorable animals in the park that is sometimes overlooked by guests: the Asian Small Clawed Otters. These animals are able to stay underwater for about five minutes at a time, and a group of these otters is called a lodge. Though not the most endangered animals in the park, otters do have it rough in the wild and zoos/parks that are accredited by the AZA (Association of Zoos and Aquarium) work towards breeding programs to ensure that these animals stay around for generations to come. 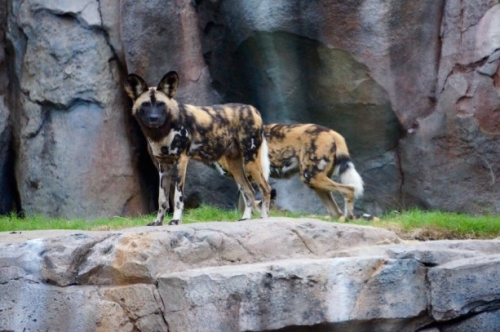 Most guests in Disney’s Animal Kingdom do go for a ride on Kilimanjaro Safaris, however each safari will offer a different experience since it is impossible to predict which animals will be out. One of the more difficult animals to catch a glimpse of is the Painted Dog. These animals are among the most endangered species in Africa. The Disney Worldwide Conservation Fund has been supporting efforts to protect the Painted Dogs since 1996, and it is the company’s hope that more people will be inspired to do what they can to help. The dogs can be difficult to spot since they share their location on the safari with the hyenas, and may or may not be out on your trip. 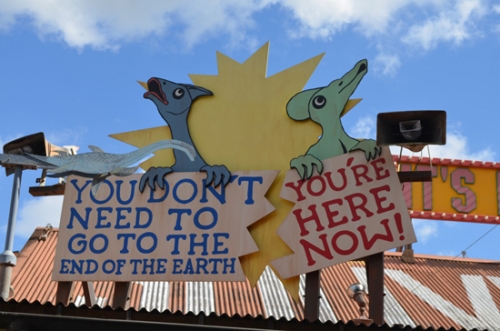 Have you seen any animals in Animal Kingdom’s Dinoland U.S.A.? If you think that all of the animals in this part of the park are extinct, you’d be mistaken. There is actually an enclosure across from Restaurantosaurus that is home to an American Crocodile.

The American Crocodile is a rather shy animal who enjoys living an at least relatively solitary life. As such, there is only one of this kind in its enclosure in Dinoland which miraculously goes unnoticed by many guests in the area. If you are interested in learning more about the American Crocodile in Dinoland, head to the nearest Wilderness Explorer station, where explorers can complete an activity about it and guests may ask cast members questions. 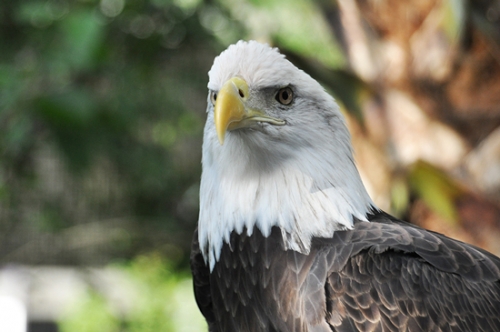 One of the most underrated shows at Animal Kingdom and perhaps in the entirety of Walt Disney World is Flights of Wonder. So many guests dismiss this experience as a simple bird show, but it is so much more than that. Flights of Wonder combines education with entertainment, while allowing guests to see rare and exotic birds in a close encounter that leaves them with a renewed sense of the importance of conservation.

One of the most memorable parts of the show is when a cast member walks across the stage holding a Bald Eagle, which is one example of successful conservation efforts as it has been taken off the endangered species list. While this doesn’t mean that we should slack on our conservation efforts now for this symbol of America, it does put an example face to face with guests about what actions like volunteering and donating to the Disney Worldwide Conservation Fund can really do.