Is Walt Disney World Trying to Be Like Universal Orlando Resort? 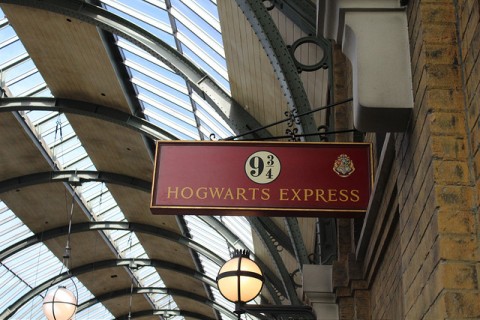 Look, Universal Orlando Resort and Walt Disney World are always in competition. Universal constructed a new amusement facility in Central Florida specifically for this reason. After a shaky few, well, decades, they finally struck gold with The Wizarding World of Harry Potter. Since then, the battle between the two corporations is no longer one-sided.

While The Walt Disney Company has a huge advantage in terms of attendance, Universal has closed the gap from an advantage of 11.7 million visitors in 2009 to 10.9 million in 2015. More importantly, Universal is way ahead in terms of recent growth. Most of the Walt Disney World gates have stagnated in attendance, while Universal Studios Florida and Islands of Adventure have increased 73% and 90%, respectively. Clearly, Universal is doing a lot right, but what specifically are they doing better than Disney? Here’s a list of four ways that Universal is beating Disney at its own game. 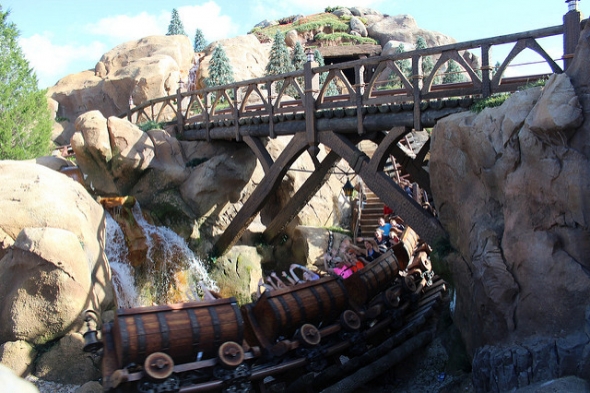 In 2014, the ballyhooed addition to Magic Kingdom arrived. Seven Dwarfs Mine Train was the anchor piece to New Fantasyland, the most important construction at Walt Disney World in the 21st century up until that point. Since then, the Walt Disney World complex has added exactly zero new rides. Yes, that will change once Pandora arrives in a few weeks. Disney’s total will update to…three new rides since the start of 2014.

Contrast that total to Universal Orlando Resort. 2017 brought Race through New York Starring Jimmy Fallon just a year after Skull Island: Reign of Kong, a major thrill ride, opened at the resort. Most importantly, Diagon Alley became a linchpin section of Universal Studios Florida in 2014. It features arguably the best attraction in Florida right now, Harry Potter and the Escape from Gringotts. Universal also designed the utterly brilliant Hogwarts Express, a means of transportation between the two Universal Orlando Resort  gates that also stands on its own as a Harry Potter attraction. 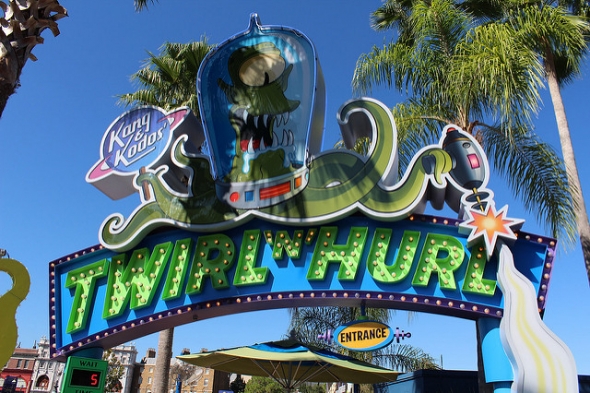 Going back a bit more, we have Transformers: The Ride and a new expansion of Springfield including the wildly underrated Kang & Kodos’ Twirl ‘n’ Hurl. We even know that 2018 will bring the introduction of Fast & Furious: Supercharged, an attraction based on the popular movie franchise. In short, Universal is adding and adding and adding. Meanwhile, Walt Disney World remained frighteningly static for the body of a decade.

At Magic Kingdom, the ONLY 21st century additions are Mickey’s PhilharMagic (2003), Stitch’s Great Escape (2004), Monsters, Inc. Laugh Floor (2007), Enchanted Tales with Belle (2012) and the aforementioned Seven Dwarfs Mine Train.  That’s not even the worst offender. At Epcot, almost ten years passed between the introductions of Gran Fiesta Tour starring the Three Caballeros and Frozen Ever After. It was trapped in time. To their credit, Disney has at least acknowledged the problem with their upcoming expansions at Hollywood Studios and Animal Kingdom, but they’re still lagging far behind Universal right now in terms of proactive enhancements. 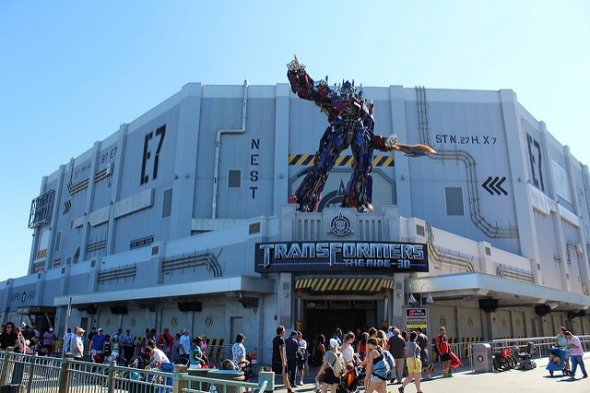 What else did you notice about the list above? Every Disney addition I mentioned for Epcot and Magic Kingdom involved a Disney intellectual property. Now contrast that with Universal, which added a Fox franchise (The Simpsons), a DreamWorks/Paramount Pictures product (Transformers), and banked their hopes and dreams on a Warner Bros. Pictures franchise (Harry Potter).

Universal execs aren’t afraid to try new things. They aren’t locked into any single library when choosing attraction themes. When they have a concept they believe in, they’re daring enough to make a move to acquire the rights. Disney hasn’t been like that, and the proof is this is also the explanation for Universal’s ascension. 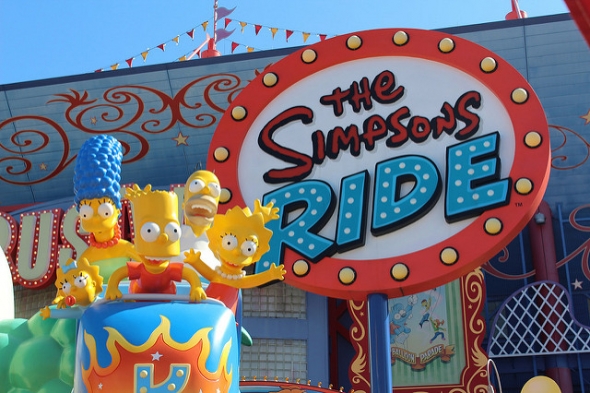 JK Rowling originally negotiated with Disney to bring Harry Potter to the Happiest Place on Earth. Disney execs ultimately declined, maintaining that Rowling wanted too much control over her IPs. Whether the irony was lost on these execs is up for debate. What’s irrefutable is that Disney’s loss became Universal’s otherworldly gain. They gave Rowling whatever she wanted in order to sign a contract, and then they turned her vivid imagination into a real themed land. Based on the popularity of the original Potterland, they also mirrored it in Hollywood and then built her another one in Orlando.

None of this success would have happened if Universal had stuck to their own properties. Their best internal option at the time would have been a Jason Bourne attraction. Their willingness to look elsewhere for the next big thing continues to pay dividends to this day. In the spring of 2015, I speculated that videogames would become the next big thing in themed lands. Only a couple of weeks later, Universal announced that Nintendoland would become a staple of all their parks in America and Japan. They continue to unearth new avenues for unprecedented theme park experiences while Disney focuses on its library almost exclusively, with Avatar being the only major exception right now.

Universal attractions are almost 100% screen based and often kinda rough around the edges. It's a lot faster and cheaper to make something if you don't sweat the details much. Outside of Potter lands, Universal doesn't even come close to matching Disney in quality. I'd rather a few great attractions than dozens of motion simulators.

These Disney fans seem a little defensive, no? Magic Kingdom robs you blind based solely on nostalgia and the "timelessness" of the Disney brand. It's a total ripoff. Hollywood Studios is half a park, with two good rides (Rockin' Roller Coaster and Tower of Terror), Animal Kingdom is overrated, and EPOCT is a JOKE.

Admit it - ever since Potter invaded Orlando, Universal has dunked on Disney.

I do agree that yes, Harry Potter is a fantastic themed land, but some, no a lot of the attractions are cheap motion simulators. Magic Kingdom is not a scam based on Nostalgia, it is still adding more today, and keeping it relevant, and even though that is part of why the consumers come, there is a lot more to it. With Hollywood Studios, they have a pretty small variety, but they are fantastic including Toy Story Midway Mania, Tower of Terror, Star Tours, and much more. Also, do not go calling Epcot a joke. Are you calling celebrating our great countries and our heritage is a joke? In that case, that would be a very offensive remark. Animal Kingdom is not overrated, it probably has the least amount of attention out of the 4 parks, and it is one of the best showcasing the wonders of life, animals. That is all I have to say for now.

This article is fantastic and hits the nail on the head. Completely agree about the Disney Fast Pass / Universal comparison. Unbelievable to think now that Disney had a chance to acquire HP and passed on it. There is no way Avatar is in any way comparable, although I am looking forward to all of the new Star Wars stuff at HS.
Since I discovered your site yesterday and have been going through some of the articles (great ones on Horizon and the demise of the Alien attraction, btw) I've noticed your site seems to pull in some very weird commenters who seem more interested in criticizing your spelling and small grammatical or minute factual details than in appreciating the content of these great (FREE!) articles. I hope reading the "pos" comments doesn't discourage your writers from continuing to post great content like this and I hope you can expand your audience so that you receive more interesting feedback from readers (in contrast to much of what has been previously posted so far above... *sigh* ). Have a good weekend. :)

The Little Mermaid ride in New Fantasyland is 21st century, too.