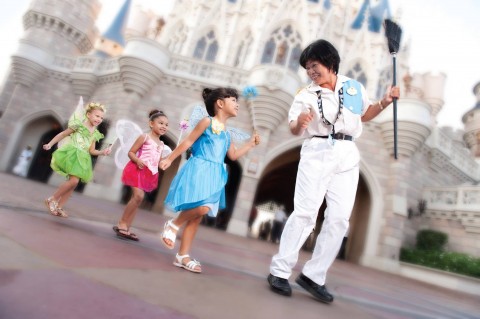 "Give the public everything you can give them, keep the place as clean as you can keep it, and keep it friendly” - Walt Disney.

It is no secret that when Walt Disney announced his initial ideas for Disneyland he was met with some opposition. Much of this opposition was in relation to the finances it would take to build the park, a main concern of his brother Roy. Others, like his wife Lillian, worried that the park’s concept of a place where parents and children could have fun together would be tainted by the dirty atmosphere that often develops in amusement parks.

Walt was left with having to reassure the public that his park would be different-- that keeping it clean would be just as important as keeping guests happy. When developing Disneyland, and eventually all of the other Disney parks, great care was taken to ensure that the parks would be as clean as they possibly could before even factoring in the custodial cast members. Research was done to understand how far the average person would walk while holding onto garbage before it ultimately ends up on the ground. This data (about 30 steps) is now the approximate number of space between trash cans in the parks today.

Lillian Disney had another important influence in terms of the development of the parks’ custodial developments. When it came time to design costumes for Disneyland’s cast members, Lillian suggested that custodial cast members wear white to encourage them to take extra care in their work to keep their costumes clean. She also thought that the full white costumes would help these cast members stand out among the crowds in the park so that guests would be able to track down a cast member easier if they needed assistance.

Everyone is a custodial cast member 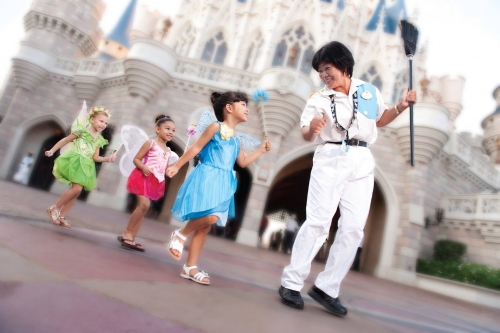 When cast members learn about the culture of Disney parks, they often take away a sense of pride in their workplace that is difficult to replicate in any other setting. Clearly stating that every cast member is a custodial cast member, and teaching about why and how the Disney parks are kept as clean as they are for guests, creates a sense of pride and community that only Disney is capable of fostering. 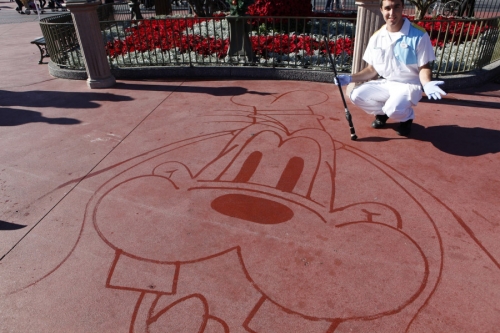 The Disney Scoop, a method of quickly scooping up trash on the ground and discarding it while walking, is one of the first things all cast members learn when they work for the company. Think of it as an equalizer of sorts: nobody particularly wants to be picking up trash, but if everyone does it together it really isn’t so bad. The Disney Scoop is also another example of all cast members having pride in where they work that simply can’t be replicated in other companies. Some cast members are so passionate about keeping the parks clean, you may even catch them doing the Disney Scoop while visiting the parks as guests. 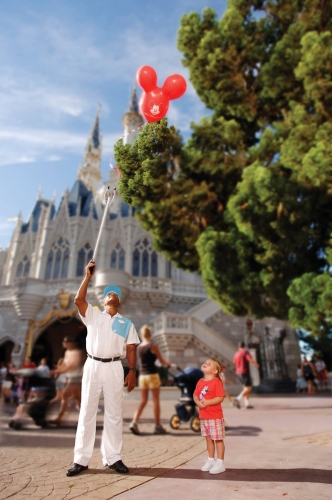 While training in the custodial role, cast members learn everything from the most efficient sweeping techniques to radio codes, and of course their way around their location. Whether at a park or resort, custodial cast members spend a great deal of time learning about their location, since they are some of the first cast members that guests will find when they have questions.

They also participate in hands on classes where they are taught the best ways to tie and empty trash bags, the easiest ways to sweep various kinds of objects, which chemicals to use for which kinds of clean-ups and more. One of the most important parts of training for custodial cast members is learning radio codes and the code words that Disney requires them to use in front of guests. Radio codes help their locations work efficiently by communicating clearly with other cast members and leaders, while code words keep the magic alive for guests who probably don’t want to hear about what kind of messes need to be cleaned up during their vacation.

Custodial cast members are also required to pass an assessment in which a coordinator shadows them during a shift and may quiz them on general questions they should know in case guests ask.