On May 16, 1990, Jim Henson died at the age of 53. The unexpected loss shook the entertainment world as celebrities, studios, and everyday folks mourned the loss of a creative visionary, inventor, and artist who stood among the greats. 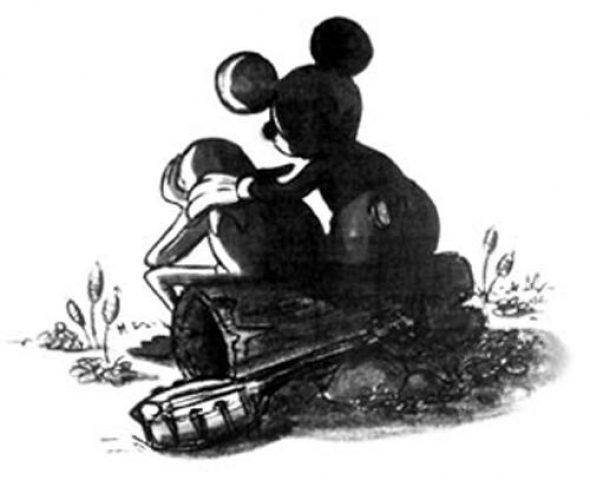 The Henson family reeled and hurried to protect their father’s intellectual property. Given that no deal with Disney had been finalized, they seized the opportunity and shut down any further development of theme park attractions created using the Muppet brand.

Even the already-produced Muppet*Vision 3D was on the chopping block until Frank Oz, famed puppeteer, filmmaker, actor, and friend to Jim took a stand. He allegedly showed the Henson family the completed Muppet*Vision 3D film and begged them to let the world see their father’s final work. The family agreed to let Muppet*Vision premiere in 1991, but only at Walt Disney World. (When the original Disney’s California Adventure opened a decade later in February 2001, it was separately licensed). 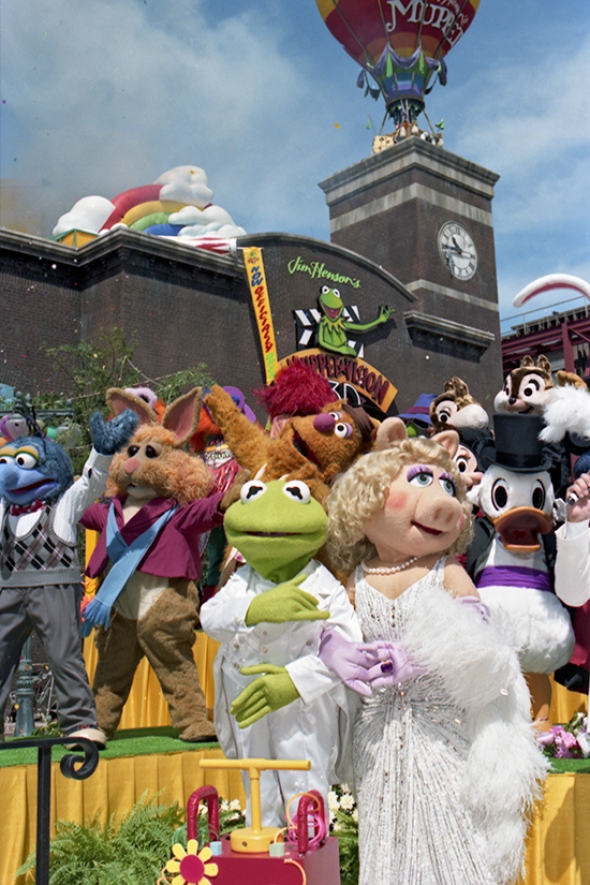 Like it or not, the Hensons were now the sole owners of Jim Henson Productions, and they wanted little to do with Disney’s in-progress development of Muppet Studios. The land was cancelled, and any hopes of seeing the Muppets expand in Disney Parks were quickly snuffed out.

Even if it did not become part of the much larger Muppet Studios project, it’s worth noting that Jim Henson's Muppet*Vision 3D is phenomenal. The seemingly ageless attraction tours guests through the inner workings of Muppet Studios (though a hilarious queue stocked with more in-jokes, references, and veiled puns than you could comprehend in a lifetime) and a pre-show designed by Frank Oz. 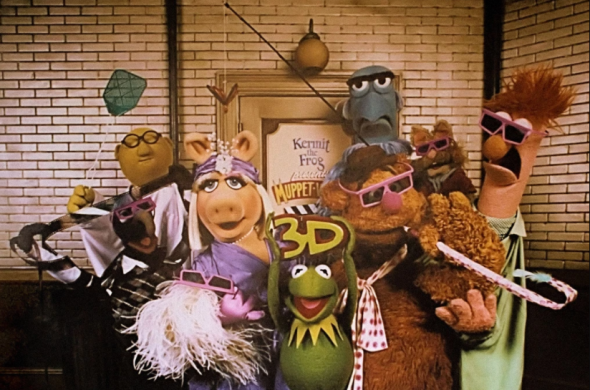 As guests queue in a pre-show chamber and watch the Muppets hurriedly ready for the presentation to follow, automatic doors open on a plywood wall (installed mostly upside down). But upon passing through the doors, guests are seated in an opulent and gorgeous theater that might just pass for palatial… if we hadn’t just seen the plywood holding it up.

Kermit attempts to tour us through the studio, though it’s quickly derailed when a stop by Muppet Labs produces Waldo, the “spirit of 3D” who goes on to cause unintentional mayhem. From the painfully funny torments of Beaker to a beautiful musical by Miss Piggy (and its unintended water ski finale) and Sam Eagle’s “Salute to All Nations, but Mostly America” (“it is a glorious three hour finale!”), the mile-a-minute attraction is simply a work of art, even aside from being Henson’s last creative endeavor (and thus, his last time voicing Kermit). By the end of the ordeal, the glorious theater is reduced to literal smoking, steaming rubble. 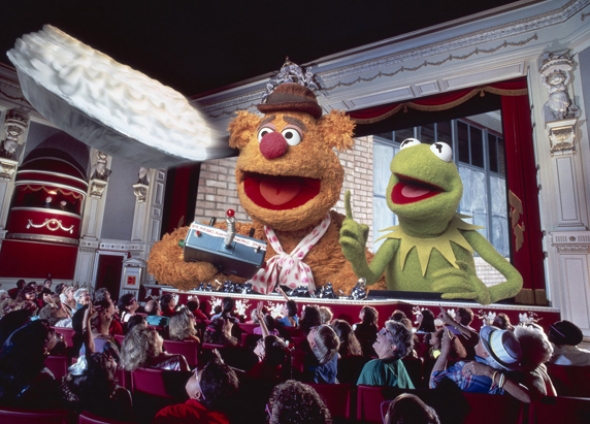 Just a refresher, you can catch-up on Muppet*Vision 3D – the only part of Muppet Studios to actually get built – in this video:

Though Disney managed to squeak through the 1991 opening of Muppet*Vision 3D, it seemed that the Hensons would stand their ground and that any future use of the Muppet brand was unlikely.

Fast-forward nearly a decade later. In 2000, Jim Henson Productions was sold not to Disney, but to a German media group called EM.TV & Merchandising AG for a staggering $680 million. (And yes, it’s odd that Henson’s children were protective enough to keep Disney away from the brand, but willing to sell to a never-heard-of-‘em European media giant. But anyway…)

EM.TV owned the Muppets for only three years before an economic collapse in the company saw their assets put up for sale. Disney put in a bid, readying to receive the Muppets at last. Eisner trumpeted the would-be deal, saying that it would “finally culminate the years of romance” he’d spent in pursuit of the brand.

But the Henson family struck again, rallying at the last minute to purchase the Muppets back for $78 million. Eisner had been cut off at the quick, and the desperate last minute purchase by the Hensons had painted a protective picture – that they’d rallied just to keep the Muppets out of Disney’s hands… again. Jim’s daughter Lisa Henson said at the time, “Emotionally and psychologically, we feel that something has been put right.” 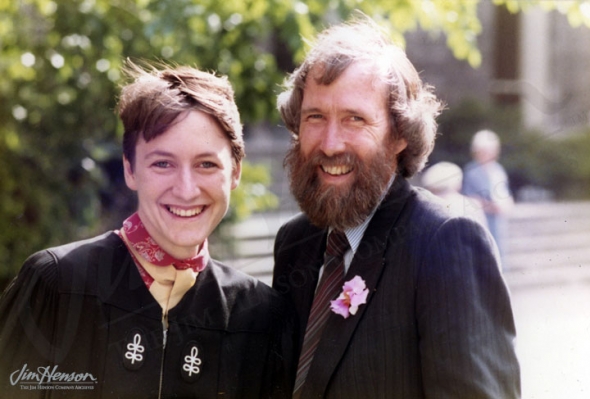 But just one year later, the Henson’s changed their tune and made Disney an offer. For an undisclosed sum, Disney officially acquired the characters and licensing rights to the Muppets and Bear in the Big Blue House (but not Sesame Street, which continues to be owned independently by Sesame Workshops). Lisa Henson said in 2004, “In the months before his death in 1990, my father Jim Henson pursued extensive discussions with The Walt Disney Company based on his strong belief that Disney would be a perfect home for the Muppets. As such, the deal we announced today is the realization of my father’s dream, and ensures that the Muppet characters will live, flourish and continue to delight audiences everywhere, forever.”

It only took fourteen years for them to see it.

So in 2004, Eisner had finally won Disney control of the Muppets. But remember earlier when we mentioned Eisner’s laser-focus and near obsession with projects he deemed essential? The same over-involvement that spelled the end of a Lost Legend: Alien Encounter and crafted what may be Disney’s worst ride ever, as told in our Disaster File: Superstar Limo now left Eisner and his team with ownership of a declining brand.

Eisner tasked the parks, retail, television, and studio divisions to move forward with Muppet-branded projects, but by 2004, the Muppets weren’t what they had been in 1989. As a matter of fact, the acquisition of the Muppets was one of Eisner’s final coups before the Save Disney campaign rallied to kick him out of the company, so while Eisner had his trophy in hand, he didn’t have much chance to celebrate before he left the company coolly in 2005.

The Muppets were down, but not out. Disney had plans to revitalize the brand and, even if it took a decade, the Muppets would get their own themed land at a Disney Park… Read on…