Behind the Ride: The Haunted Mansion 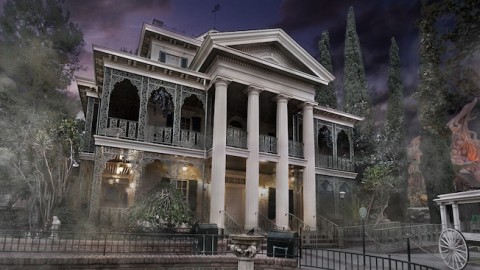 Welcome, foolish mortals. Welcome to this special edition of Behind the Ride. I am your special host, your ghost host. You’ve wondered why hinges creak in door-less chambers, and strange and frightening sounds echo through the halls of The Haunted Mansion. I, your humble narrator from the great beyond, will explain why candle lights flicker where the air is deathly still.

Now is the time when ghosts are present, practicing their terror with ghoulish delight! Kindly step all the way in, please, and make room for everyone. There’s no turning back now! Prepare to learn four of the ghastliest tricks at The Haunted Mansion…but remember! There’s always room for one more.

The Experience: Me, your enchanting Ghost Host

The Trick: Adding a disembodied voice as narrator to every room of The Haunted Mansion 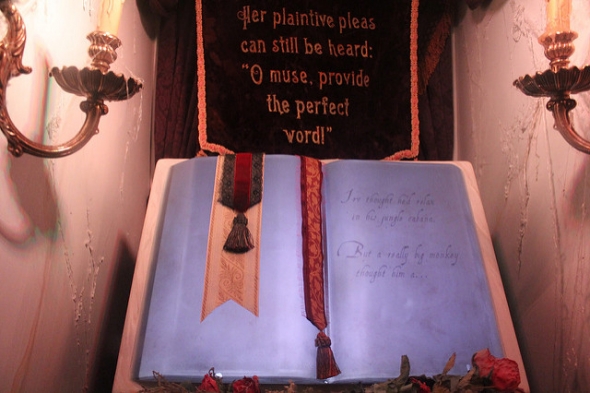 In the early days before Disneyland’s New Orleans Square even existed, clever Imagineers knew that they wanted a spooky presence at the Happiest Place on Earth. Foolish mortals were in danger of having too good a time. From what I remember of it, life needs balance.

Once Disney finalized plans for my eternal resting place, The Haunted Mansion, they decided that they needed star power, someone to spice up the proceedings of a trip through a gothic manor. They went back to a familiar face or, well, voice. Paul Frees handled many voiceovers for Disney television programs during the 1950s and 1960s. His memorable vocal stylings proved perfect for the caustic, macabre dialogue recited by yours truly. 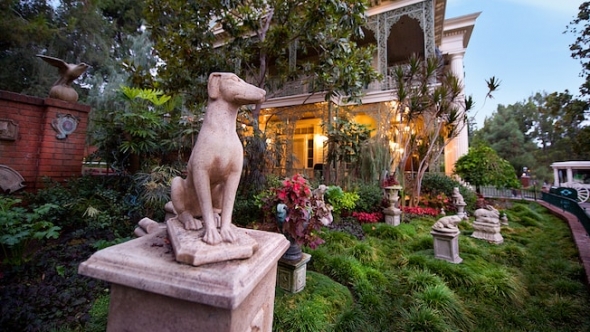 Image: DisneyFirst, someone had to write my eternally quotable lines, though. A series of legendary Disney employees, including Marc Davis, Claude Coates, Rolly Crump, and Yale Gracey, all contributed ideas to the backstory of the various characters, myself included. Ultimately, the final responsibility fell to X Atencio, who melded together several scary and silly stories about the 999 Ghost inhabitants of The Haunted Mansion.

As the narrator, I have the assignment of letting you know all the important details about the various inhabitants. The dialogue Atencio wrote and Frees recorded for me has remained the same at Disneyland since the introduction of the attraction in 1969. Other non-American parks use different voices for the narrator, but I prefer the classics. Don’t you?

The Experience: A ride through the supernatural on a Doombuggy

The Trick: One of the first and most recognizable Omnimovers 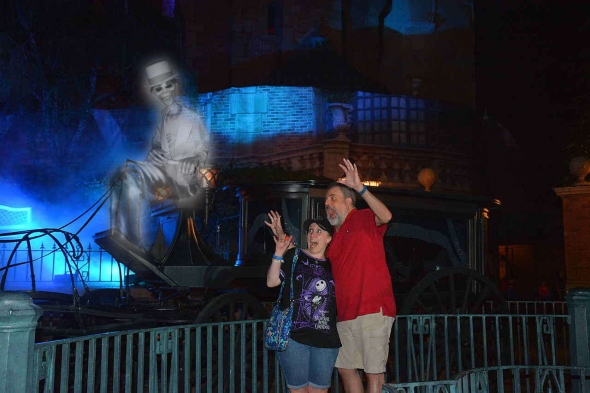 The debut of The Haunted Mansion was supposed to occur soon after the introduction of Disneyland in 1955, back when I was still among the living. The original maps indicated that this attraction would stand as a major part of the first major park expansion. Fourteen years passed before its actual arrival. Two issues caused the delay. The first was a rift about the tone of the ride, whether it would be funny or scary. The second was whether it would be a ride at all. Some Imagineers argued that it would work better as a walkthrough tour or possibly a museum. You know how stubborn mortals can be.

Walt Disney shelved the debut of The Haunted Mansion due to the indecision, postponing my big moment for more than a decade. He asked his employees to prioritize other attractions that were closer to ready. This delay proved fortuitous thanks to Disney’s participation at the 1964 New York World’s Fair. During the build-up to this event, Imagineers developed new technology that empowered them to control ride throughput in historically unprecedented fashion.

While constructing four pavilions for the event, Walt Disney and his team discovered the precursor to the Omnimover. While nothing at the World’s Fair technically qualified as a true Omnimover, Imagineers returned from the exhibition with renewed confidence and excitement about future projects. They quickly built Adventure Thru Inner Space in 1967, the first attraction in the world to employ Omnimover technology. Two years later, The Haunted Mansion became the second one, although its vehicular transportation has a bit more je ne sais quoi. 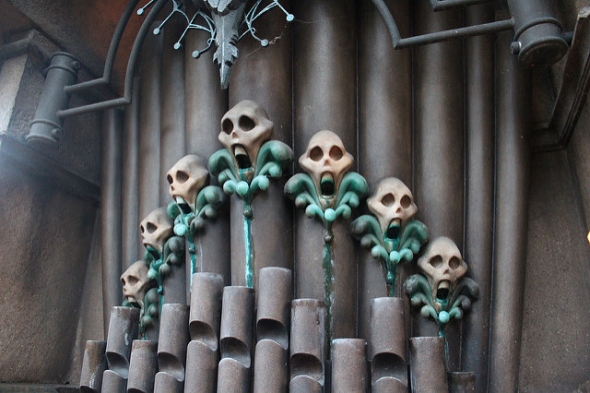 Foolish mortals, I realize that you don’t all have Imagineering degrees. Here’s what you need to know about Omnimovers. They’re called endless transit systems, and for good reason. A chain of vehicles populate a huge track that’s hidden beneath the floor. They rotate along a base, creating the illusion of a vehicle moving down a path. The truth is that you’re pulled around by a chain, something that sounds more appropriate for my companions, the Hitchhiking Ghosts.

The Omnimover is how your trip through The Haunted Mansion matches the narration I provide. You’re always guaranteed to be in the right space at the perfect moment to enjoy my sardonic wit. The main difference in the Doombuggy from a regular Omnimover is a bit of showmanship, although that’s everything in my line of work. Imagineers themed the Doombuggies to make them seem like a moving hearse. They also gave the vehicles the ability to spin, which has become a standard feature ever since. You mortals enjoy this the most as you’re twisting through the attic and circling through the graveyard.