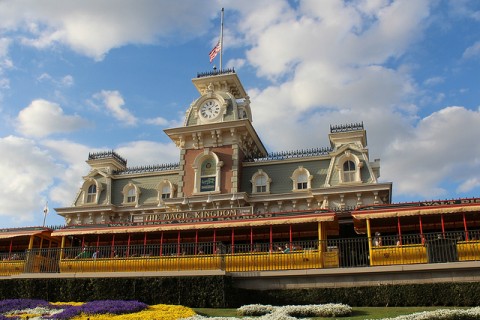 Each time you visit a Disney theme park, one of Uncle Walt’s greatest treasures is hidden in plain sight. When you cross the threshold from reality into the Happiest Place on Earth, the first steps you take are on this path. It’s a tribute to a slice of Americana lost in time, one that arguably didn’t even exist.

This themed land reflects the way that Walt Disney remembered earlier days of his life. Through rose-colored glasses, he watched and learned as a child. When the time came to pass along those experiences to others, he meticulously detailed this place with all the things he could remember, some of which required a bit of artistic license. The fuzzy memories about the communal experiences at the gathering spot of a small town became the inspiration for what’s become the road most traveled at all of Disneyland and Walt Disney World. What follows is the secret history of Main Street, U.S.A., a place many theme park tourists take for granted but one that all of us visit each time we’re at the park. 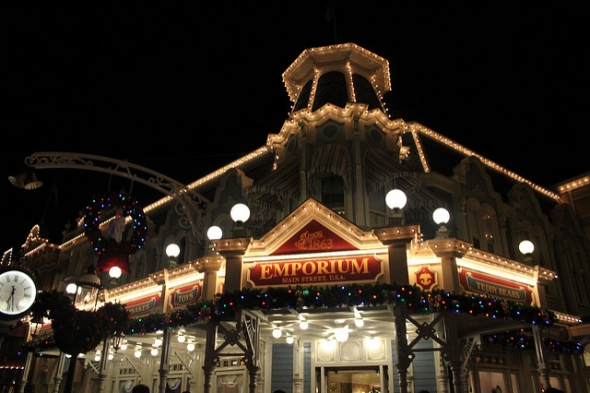 If a Disney park visit were a movie, Main Street, U.S.A. is what we’d consider the trailer. Here, guests get their first view of the entire park. That initial glimpse of Walt Disney’s majestic creation has a single purpose. When a visitor sees this area, they should feel comfortable, like they’re at home. Disney loves to manipulate emotions, and the themed land just inside the park gates is the best opportunity to start the process. It’s the introductory phase for the rest of a day spent in the alternate realms of a Disney theme park.

At Main Street, U.S.A., the buildings and décor are reminiscent of the halcyon days of yore, a simpler era when towns weren’t so vast, so spread out. Instead, each municipal development had a center, a place where the residents knew that they could go to hang out and interact with their neighbors in a convivial atmosphere. Disney implements the same premise at all of their parks around the world. Independent of the state or country of residence, the concept is still recreated and thereby honored. This themed land is a social setting where everyone starts their day basking in the glow of Disney joy. That sensation is by design.

Have you ever looked at a map of Disneyland or Magic Kingdom from their opening days? All of the paths to new themed lands are possible from turns at the plaza area, the spokes from the hub in park planner parlance. How does a person reach the plaza? They must cross through Main Street, U.S.A. 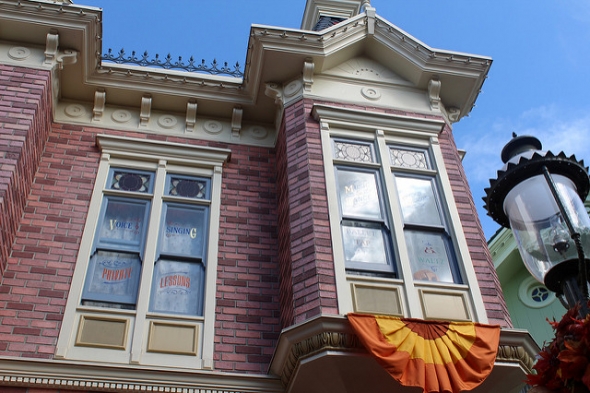 As open-ended and diversified as a theme park visit is, Uncle Walt dictated this style of park navigation from the start. Guests had to travel down a main throughway to reach everything else. In terms of city structure – and make no mistake that Disney theme parks are functional cities – Main Street, U.S.A. is the capitol, the place where cast members handle the basic tasks of a park day. Uncle Walt always meant for this place to operate as the heart and soul of the theme park experience.

The first themed land past the gate is where Disney transports visitors to a different world, and they achieved this effect by making the first themed land so familiar and welcoming. The town is even transitional in nature, mirroring the transformation of the guest from outsider to beloved visitor. Main Street, U.S.A. embodies that turn of the 20th century feel as Americans moved on from the technology of gas power into the modern age of electricity. The gas and electric lamps throughout the land demonstrate that change. Streetcars and horse-drawn carriages are similarly incongruous today but fitting for the era. During a time of hallmark change, simple pleasures still existed then, and Main Street, U.S.A. celebrates them with that special Disney style. 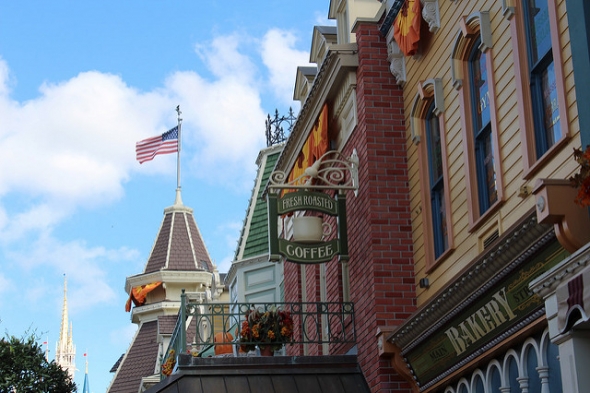 The design utilized for Main Street, U.S.A. is so distinctive that it has unintentionally caused two schools of thought. You’ll occasionally read that the town is an homage to Walt Disney’s childhood city, Marceline, Missouri. In recent years, a different school of thought has attacked that philosophy, arguing that it’s unmistakably a recreation of the architectural wonders of Fort Collins, Colorado. Supporters of this belief maintain that Imagineer Harper Goff handled most of the planning for Main Street, U.S.A. It’s logical that he’d mine his childhood for inspiration. What neither side likes to admit is that both arguments are true.

Walt Disney clearly stated terms to his Imagineer, Goff, about Main Street, U.S.A. He wanted a city from a simpler time, the halcyon days of yore when everyone in town acted friendly to one another and to strangers visiting for the first time. Uncle Walt offered thoughts and recollections about his own childhood with Goff and then moved along to other projects for a time. His Imagineer went to work in bringing those ideas to life. 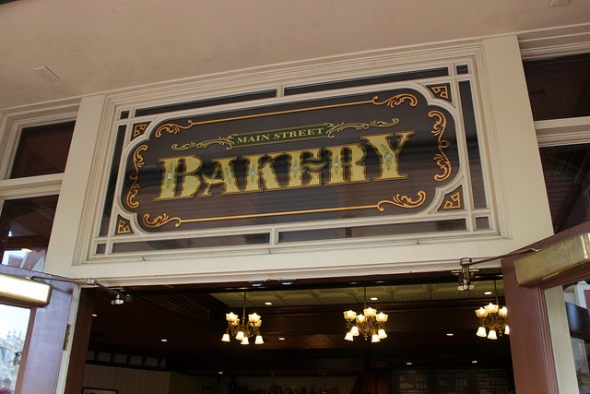 Goff then returned to his hometown and took a lot of pictures of the memorable buildings there, especially the bank and city hall. When he returned to California, Goff shared the imagery with his boss, arguing that the classic look of these structures would comfort guests walking into Disneyland for the first time. Disney quickly agreed, and that’s how Fort Collins, Colorado, became the central inspiration for the look of several buildings at Main Street, U.S.A. Despite its dominant presence, however, Marceline, Missouri has a place throughout the themed land as well. As the place that defined Uncle Walt’s upbringing, it’s still the underlying reason for the entire theme.

To Walt Disney, Marceline IS Main Street. To Goff, the same is true of Fort Collins. For any person visiting the park, that answer is dependent on where and when they were raised. To them, Main Street, U.S.A. might mean their childhood rearing. Alternately, it might be more of a sign of how their grandparents once lived. The beauty of the construction is that it’s relatable to everyone in some distinct way.