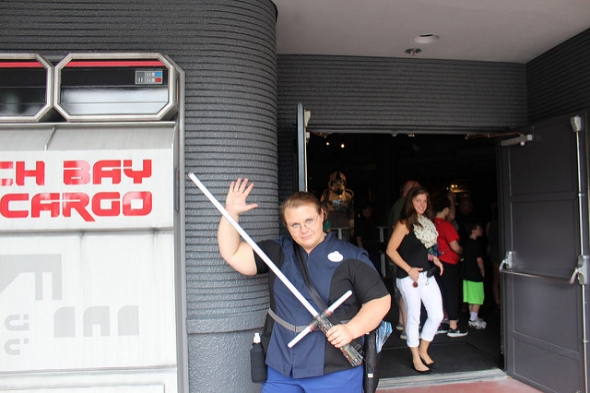 Since each job in every section of the park comes with a pre-opening list of job duties, plenty of other tasks exist beyond safety. Sure, that’s job duty one, but lots of other fun stuff is in play. The cast members I interviewed unanimously agreed that working the opening shift was one of their favorite assignments. They loved the fact that they had their section of the park to themselves. They also enjoyed the occasional glimpse of an empty Disney theme park, especially in those special moments as the sun rose.

Cast members regularly show up at 5 or 6 a.m., depending on whether Extra Magic Hours are in play. Most of their pre-opening work takes between 60 and 90 minutes, although two hours isn’t outside the realm of possibility. The easiest job is apparently photography, as people reported that setting up for a day of taking pictures takes as little as 30 minutes. Their primary tests are making certain that all the camera settings work and that potential backdrops have no unexpected impediments. No matter the job, former employees get stars in their eyes when they think about early mornings at Disney. 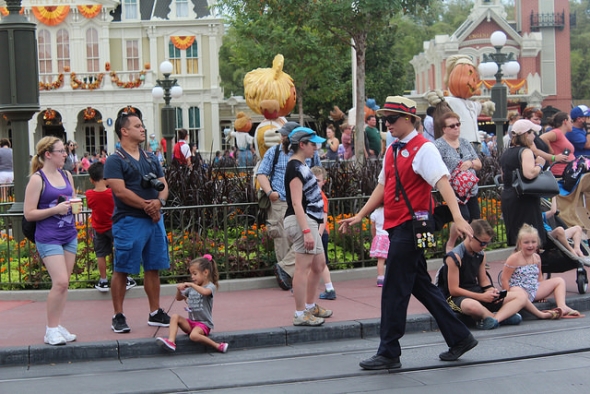 “Disney World before the park opens is absolutely magical. It's quiet and empty - even more so than at night, when people and cast members are still filtering out and there's still conversation and music playing. But in the empty, quiet morning there's a misty, foggy quality, and most magical of all is that the park itself is transformed. Every night the park is turned upside down and inside out, the fixtures are all scrubbed, the pillows fluffed, the plants re-potted, the grass replaced with slightly greener grass, and everything is dusted off before gently being placed back where it belongs. Arriving several hours before park opening means you witness your beloved park in this undressed stage of half-array. It looks completely different!”

Shani Wolf adds, “Many times, I saw the sun rise while working on Main Street. It was just beautiful! One of my favorite things to do before the park opened was to walk through the empty park on my way to my location. I felt proud to be a part of such a magical place and do my job to keep Walt Disney’s dream alive.” Statements like this one exemplify the amazing level of professional pride we’ve all come to expect from Disney. 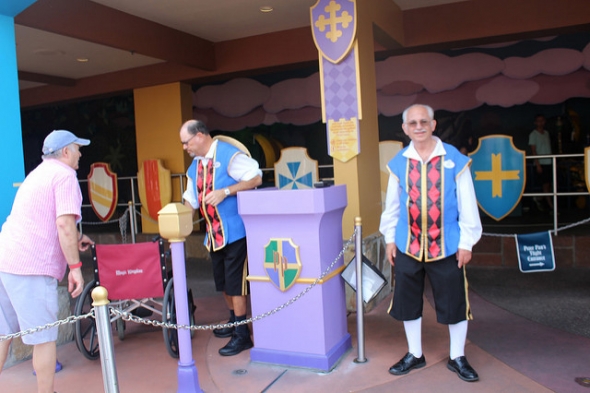 Something else that the former employees enjoyed was their bonding time. Fraternizing with co-workers during park hours is discouraged since Disney wants their theme park operators to look business and thematically appropriate. Before the parks are full of guests, however, cast members interact without fear of consequences. Teams at attractions bond during these unholy hours of the morning. They can even play music at their work stations as they set out to prepare the park for thousands of guests. Pre-dawn is the most relaxed time for cast members, and the bonding experience is one that they remember for a lifetime.

Dr. Dana Corriel describes the experience thusly. “It helped that everyone was happy when we worked. It was Disney policy. Disneyland applied 'Happiest Place on Earth' to their employees. We had to always be pleasant, always answer happily, and have a smile on our faces. This is crucial in getting anywhere in life, and I still feel that way. Happiness is contagious. Happiness helps to maintain optimism.” Yes, Disney’s early morning policies are what one former cast member attributes to the joyous, Seven Dwarfs-esque working environment. 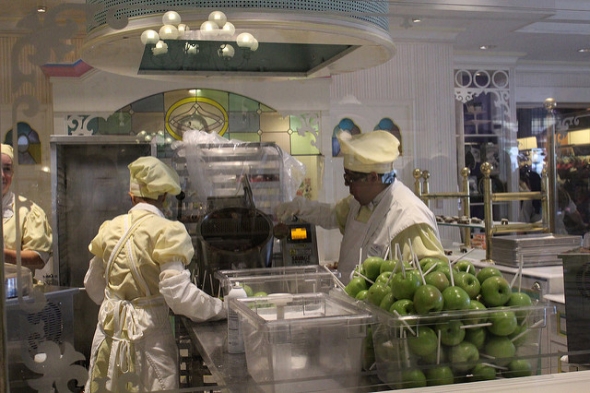 Wolf adds, “Many times, someone would bring donuts for the opening crew and we’d play music while preparing to open. It was a fun environment because for some reason casting would hire many teens (16 – 19 years old) and college students, like myself at that time. We had a few cast members over 25 and they were very respected because they were “old” but young at heart, so they fit in with the rest of us. Most everyone got along and it was so much fun going to work every day.”

Despite the group enthusiasm for the job, it’s still, you know, a job. That’s why some cast members worried about the downside of the opening shift. Since fewer employees are on staff first thing in the morning, a single slacker or malcontent can set back the process. No, there aren’t a lot of these employees at Disney, and the ones who are get weeded out quickly. Still, it can be a problem. Disney has a tendency to staff younger people for these positions, and not all of them have bought in yet.

When this happens, a fear factor exists among the better employees. As Kevin Koontz states of potential morning shift issues, “For me, it was always about my co-workers. The first thing I would do in the mornings was check the schedule to see who I'd be working with for the day. That usually determined my mood.” Others pointed out that a mistake-prone employee could delay the opening procedures by several minutes for reasons explained in just a moment.