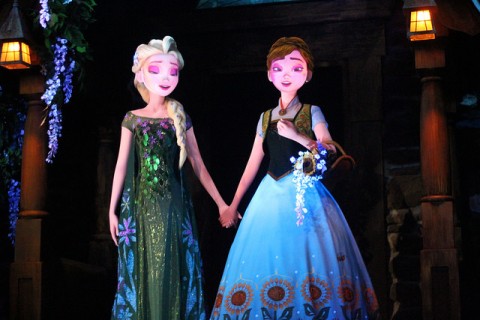 Elsa, recently crowned queen of Arendelle, watches helplessly as her world falls apart, her greatest secret revealed. She controls the weather; technically, Elsa is a witch with cryokinetic magical powers. The new ruler runs away from her responsibilities, shamed by her abilities.

As she crosses an ice bridge of her own making, Elsa’s actions mirror the lyrics of the song playing in the background. She has tested the limits and broken through, creating an ascending set of stairs that will allow her to reach the summit of the proverbial mountain. Here, she will make her new home, a literal ice palace. In her own words, Elsa is free. Her powers once embarrassed her and terrified her parents. Now, they liberate the snow queen from her life of shame and depression.

In the movie, Frozen, the imagery played onscreen reinforces the notion of Elsa’s internal (and now external) conflict. The opening of the Let It Go scene from the movie shows a minuscule woman, isolated and insignificant. The only imprint she makes is a modest set of footprints in the snow. As the sequence advances, Elsa grows in stature. Once she accepts her natural ability, she redefines the landscape as a celebration of her powers and feels her self-esteem grow. Symmetrically, the camera focuses more on her, lessening the scale and scope of the surrounding mountain range. Elsa now towers above her surroundings. 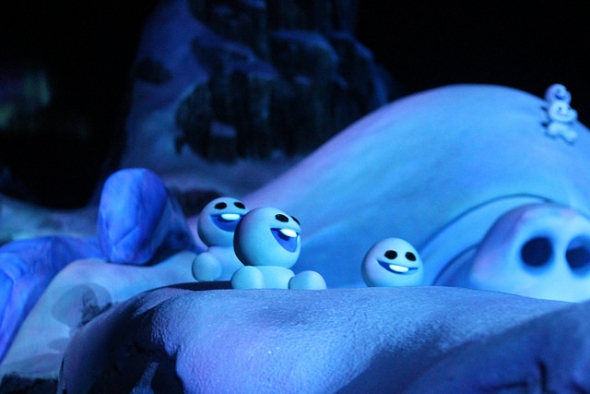 Elsa’s voyage of self-discovery is the story of Frozen, and everything in the best scene from her movie underscores her destiny. Her powers are a blessing rather than a curse, but she won’t accept that until her sister, Anna, learns her secret and loves her for who she is. Let It Go is the series of events in her life that put her on that path to sisterly reconciliation. This moment is also the defining sequence from the greatest Disney animation of the 21st century, at least in terms of movie box office and merchandising.

When Imagineers learned that they would translate the tale to the World Showcase at Epcot, their task was seemingly simple but, counterintuitively, a difficult challenge. It’s also one that they face each day of their job. When Disney Imagineers build theme park attractions, they must thread the needle in terms of respecting and relaying classic tales in a timeless way that guests of all ages and walks of life will embrace as thematically parallel.

Hey, if it were easy, anyone could do it.

Imagineers aren’t universally revered by chance. They’ve earned their stripes through countless career successes. Each moment you spend at a Disney theme park, you’re surrounded by artifacts that reflect countless hours of diligent cast member efforts. The only goal of these employees is to provide a satisfactory day at the park for even the most apathetic guests.

Retelling the stories from the Disney movie library isn’t easy, but it’s critical to the dominance of the Disney theme park empire. Let’s take this opportunity to explore all the factors and considerations that drive Imagineers as they build excellent rides, paying particular attention to the ten rules Disney park planners employ before, during, and after construction. We’ll use a few historical examples, starting with the philosophy of Walt Disney, and we’ll also evaluate how the rules have evolved over the years, leading to attractions like Frozen Ever After, Spaceship Earth, and Seven Dwarfs Mine Train. This is your chance to feel like an Imagineer for the day.

The ways of Walt 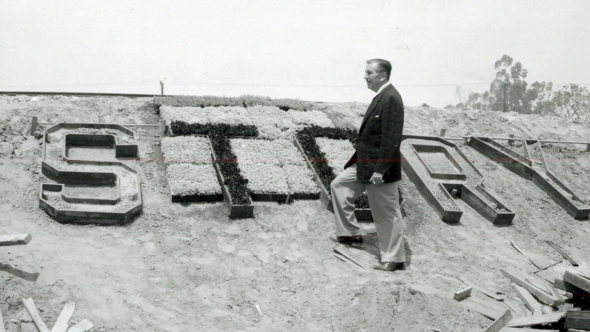 One of the things you may not appreciate about Walt Disney’s introduction of the theme park industry is how little support he had. That criticism even extends to his brother, as I’ll explain in a moment. As the anecdote goes, Uncle Walt felt disgust whenever he took his family to amusement parks. They were frequently dirty in terms of garbage and unkempt landscapes. Even worse, the “attractions” of the era were oftentimes rusty buckets of bolts that failed to inspire confidence about their safety.

As a wildly admired businessman and industrialist, Disney worked constantly. On those occasions when he had free time to spend with his daughters, he wanted relaxing excursions while he was liberated from the worries of the outside world. He felt frustration when he paid the price of family admission to amusement parks, only to notice all of their shortcomings. The problem with having an entrepreneurial spirit is that you always realize when a service isn’t performed to an optimal level. Had the amusement parks of the 1930s and 1940s proved satisfactory, we wouldn’t know of Disney theme parks today.

Emboldened by a perceived opening in a marketplace with unlimited potential, Uncle Walt shared his vision with his brother. He excitedly shared his belief that the team running the Walt Disney Company could construct their own amusement park, only they’d tether it to the ideas and high quality standards of the Disney brand. Suffice to say that his brother didn’t share the same optimism for the premise. In fact, the older sibling, Roy O. Disney, initially refused to spend a dollar of the corporation’s money on what the world now knows as Disneyland. 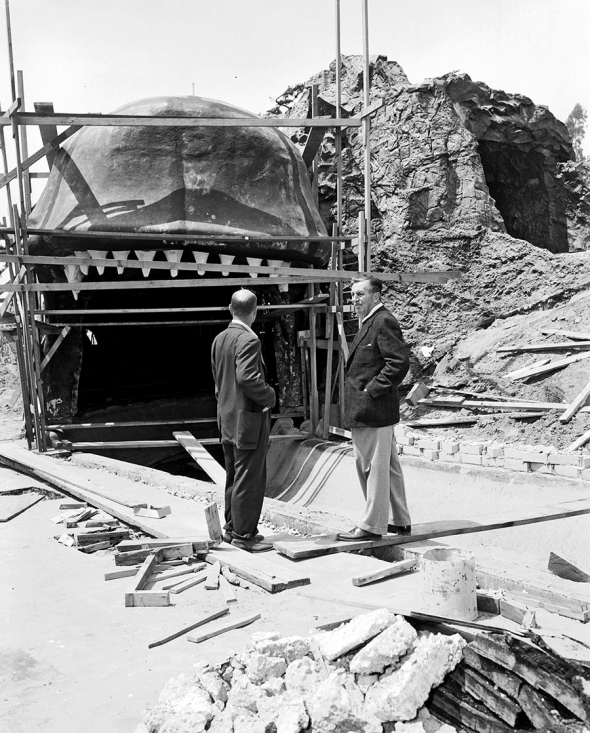 Without the support of anyone internal to the company bearing his name, Walt Disney leveraged his assets, including an insurance premium and his self-professed dream home. While that was a good start, he needed more capital, so he developed new corporate relationships with major media outlets, companies that wanted to get in business with Walt Disney. One of them, the American Broadcasting Company, would remain an ally until The Walt Disney Corporation ultimately purchased them in 1996. This is important in that the way Disney tells story even today traces its roots back to the early 1950s.

During the planning and construction of Disneyland, Walt Disney introduced the guidelines for the attractions. Since he’d learned to tell stories via Oswald the Rabbit and Mickey Mouse cartoons and then extended them into multiple acts in Snow White and the Seven Dwarfs and Fantasia, Disney’s synapses fired in a certain way. He carried those over to his work with ABC, prioritizing the marketing of his upcoming themed lands.

As a teaser for the upcoming park, Uncle Walt developed television programming that he knew would translate organically as themed park attractions. In terms of scenes, acts, and character development, many of them shared similarities with his cinematic offerings. He innately understood that Disneyland would tell stories similarly to the classic animated and live action stories from the Disney library. The way that Walt Disney knew how to illustrate cartoons grew into the way that he created full-length feature films and, later, television shows. The premises of themed lands and attractions grew from these prior tendencies. 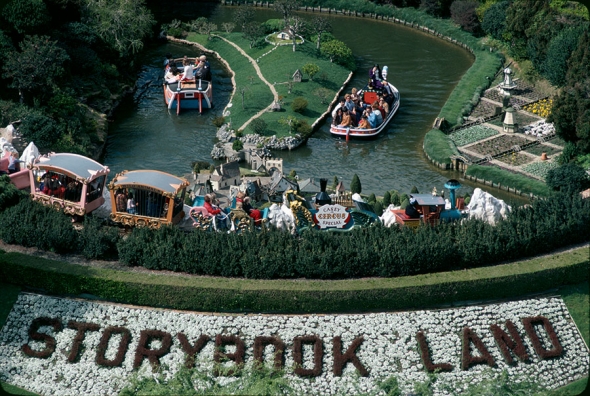 The newly branded Imagineers of WED Enterprises received novel training as ride designers. They learned to think of each segment of an attraction as a movie set, complete with a center stage spotlight and accompanying background set designs. To this day, the staging of Disney theme park attractions employs this philosophy.

The logical sequence of events has had a profound impact on our vacation habits. The genesis of the themed park is basically the blueprint that we, the tourists of these destinations, have embraced for decades now. It might seem quite different or possibly not even exist had Disney not started an ABC television series at this juncture. His brother turning down his request to help with Disneyland was the best thing that could have possibly happened to it. Circumstances dictated that Uncle Walt develop new media connections. While developing them and mastering a new medium, he learned that augmenting his roots could expand his empire.

I think you misinterpret Commandment #8 (Avoid Contradictions – Maintain Identity), and I think this is a big problem overall with the addition of the 'Frozen' ride in Norway. World Showcase at Epcot tells stories of actual places with rich histories and cultures. By putting a fictional princess story in the mix, Disney has effectively contradicted that idea and risks losing the intended identity of this part of the park. I'm not saying there shouldn't be a "Frozen" ride - like most Disney fans, I love the film and totally appreciate the popular demand for an attraction related to that. What I'm saying is that they put it in the exact wrong place (Arendelle is a fantastical version of Norway; not actual Norway). Other attractions on World Showcase don't have this problem. Mexico has the "Three Caballeros" take us through Mexico, not an alternate version of that country. The United States takes us through U.S. history without relying on Pocahontas or Tiana to narrate. I think Disney broke its own rules, and I'm afraid it may lead to the demise of the story that Epcot's World Showcase was meant to tell.