Beyond the Pins: 4 Ideas for Your Next Disney Collection 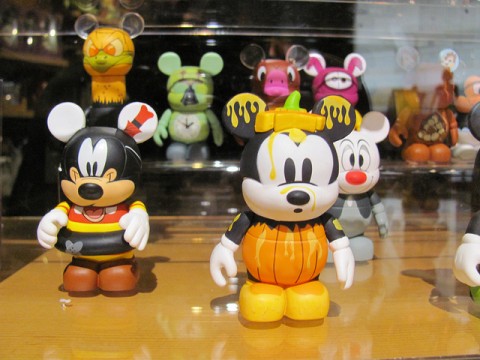 Disney pins are a popular collectible but they’re far from the only option. If you’re looking for something other than pins to show off your Disney fandom, consider these fun picks. All are relatively small and available in a dizzying array of options so you can focus your collection on just about any niche interest that you have within the spectrum of Disney lore. 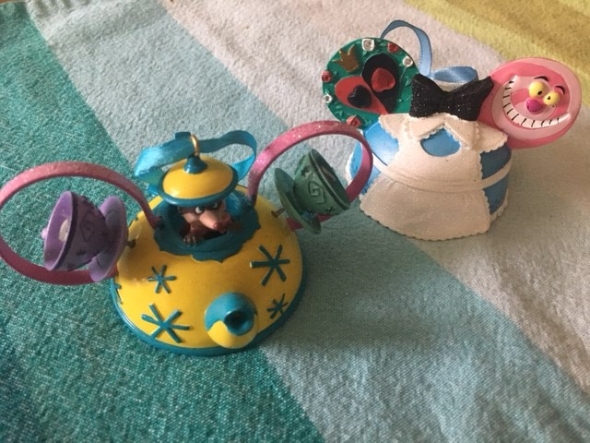 Disney’s ear hat ornaments were originally released in a small limited edition set made of exquisitely detailed porcelain. The first release was so popular that the collection was quickly expanded. The next generation of ear hats, in 2012, featured ornaments crafted out of resin. The resin ornaments exhibit enhanced details like glitter and decals. The ear hat ornaments are now a staple of the Disney holiday collection, with new designs typically released each year in July.

These ornaments stand out from other Christmas decorations in their outstanding creativity. Every ornament is shaped like a classic Mickey Mouse ear hat, but the colors, designs, and embellishments infuse each one with undeniable personality. You’ll find ear hat ornaments for nearly every character, movie, attraction, or occasion you could want. They’re designed by top Disney artists. Cody Reynolds worked on the princess ear hats. Costa Alavezos brought his talents to designs like Steamboat Willie and Lady from “Lady and the Tramp.” You’ll see Ron Cohee’s talent in ornaments like Dory, while Alex Maher contributed the Peter Pan and Alice in Wonderland collections.

If you’re looking for an eye-catching item to grace not only your Christmas tree, but your collection shelves year-round, these ear hat ornaments are an outstanding pick that you can tailor to show off any favorite aspect of Disney, whether you’re hopping for Tigger or buying a darling “Baby’s 1st Christmas” ornament. Select options can even be personalized on the ears.

In Walt Disney World, you’ll find ear hat ornaments at Ye Olde Christmas Shop in Magic Kingdom and Disney Days of Christmas at Disney Springs. The Disneyland Resort carries them in the China Closet at Disneyland Park, the World of Disney at Downtown Disney, and Trolley Treats at Disney California Adventure. 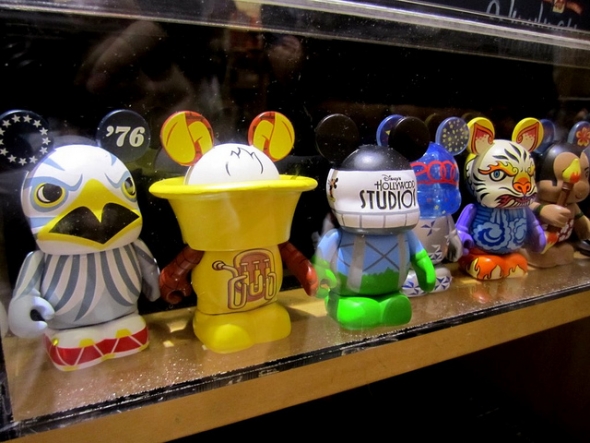 Disney’s Vinylmation products are another example of a Mickey-shaped item taking on a different character. Vinylmation – a mashup of the words “vinyl” and “animation” – figures are available in 1.5-inch, 3-inch, and 9-inch sizes so you can gather quite a diverse collection. Each figure is cleverly painted to represent a different character, from princesses to Marvel superheroes.

While some do indeed represent various Mickeys, the Mickey ears are included on nearly all Vinylmation figures. For characters like Goofy, they still represent ears. However, for others, the ears may be used to expand on the backdrop you’d see behind the character, or they may be clear so it’s easy to overlook them altogether. A few characters have their own shape entirely, but this is rarer. 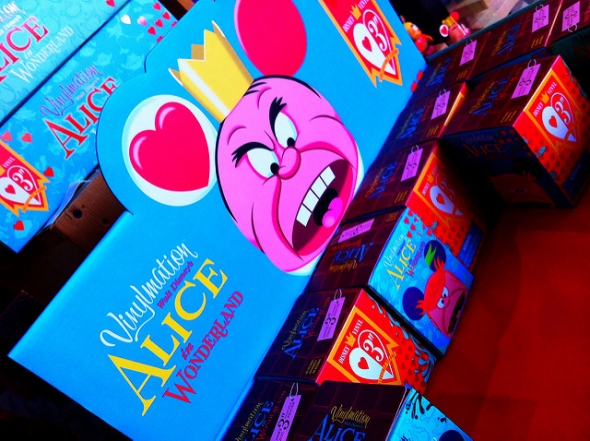 While you can choose your Vinylmation collection, you don’t choose the character. Vinylmation figures come in blind boxes so you don’t know what you’ve got until you open it. This adds to the thrill of collecting them, but does lend to the unfortunate possibility of getting multiples of the same character. Vinylmation figures were once tradable, just like pins. However, Disney has since done away with Vinylmation trading, so you’re left with options like eBay if you want to get rid of your extras or purchase a particular character that’s been opened.

You’ll find Vinylmation boxes throughout the theme parks as well as at Disney Springs.

Tsum tsum, and the other things you mention, are kinda "faddish". I think someome starting a collection now is setting up for disappointment when they are no longer offered. I collect keychains, personally, which will never go "out of style". And different ones all the time.