Thinking About a Stay at Disney's Grand Floridian Hotel? Read This First! 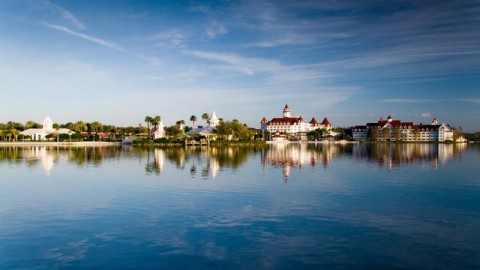 When staying at a Walt Disney World resort, you’ll enjoy plenty of creature comforts. Thanks to the Disney Vacation Club (DVC) or via DVC points rental, you’ll receive all of these onsite amenities even if you’re not a member. From time to time, Theme Park Tourist highlights what’s so special about Disney’s upscale onsite resorts, understanding that a savvy consumer can stay at one of these properties for cheap. And if you’re going to stay at a Walt Disney World onsite resort at a discounted rate, you might as well swing for the fences.

One official Disney hotel on the Walt Disney World campus stands above the rest. Since its inception in 1988, Disney’s Grand Floridian Resort & Spa has stood apart as the crème da le crème of North American theme park hotels. Its popularity and reputation are so impeccable that Disney effectively duplicated the premise with Disney’s Grand Californian Hotel & Spa 13 years later in 2001. West Coast Disney fans felt jealous that the classiest resort was in Orlando, and so Disney imported the idea of a luxury theme park hotel at Disneyland.

The Grand Floridian embodies elegance and class, and its 2013 addition as part of the DVC lineup means that anyone can stay there at a (relatively) affordable price. You’ve dreamt about staying here. Below are the six things you need to know to fulfill every theme park tourist’s fantasy about vacationing at the Grand Floridian.

Disney knows where their bread gets buttered, and they treat their highest paying customers the best. The hotel’s appearance underscores this reality. The hotel hearkens back to an earlier era of Florida, back when the coastline featured Victorian-style beach resorts. Disney designers used several famous structures as inspiration for the overall layout, and they’ve celebrated the region by naming each of the buildings after islands in the Florida Keys. The exterior is early 20th century in style, and the resort carries that style inside.

The most memorable part of the Grand Floridian is unmistakably the lobby. Here, Disney has crafted a functional replica of old cage elevators, and they’ve introduced music as an integral part of the hotel visitor experience. A pianist performs on the first floor during the day, while an orchestra plays on the second floor each evening. It’s a throwback to the opulence of five-star resorts from the days before hotel chains. When you walk through the Grand Floridian, you’re walking in the footsteps of royalty, celebrities, and the one percent. You’ll feel taller when you’re here. 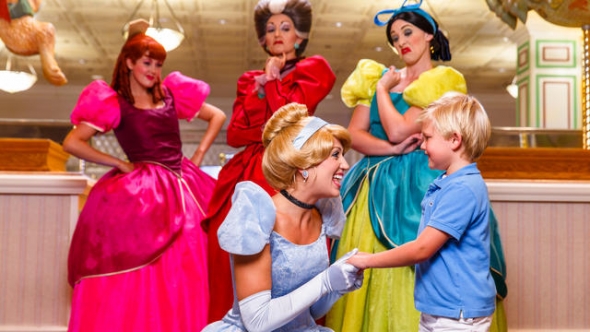 You won’t go hungry while staying at the Grand Floridian. Your wallet might feel a pinch, though. While the hotel does have several bars with quick bites available, the only quick service establishment is Gasparilla Island Grill. Their offerings fall squarely under the categories of hoagies, burgers, and pizza. You’re only eating here if you’re desperate.

A foodie with a big budget will feel like they’re in paradise while staying at the hotel. Even the most basic table service establishment, Grand Floridian Café, offers a deep and robust menu. As you eat, you’ll enjoy a bright setting and décor plus a lovely view of one of the most popular walking areas at the resort. It’s also the easiest place to eat on days when you get caught without an Advance Dinner Reservation. This restaurant costs one table service credit under the Disney Dining Plan (DDP). 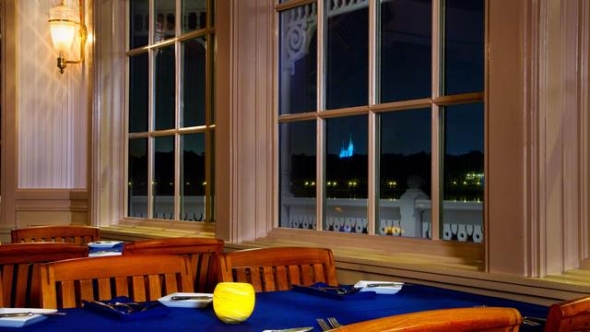 The same is true of 1900 Park Fare, but it’s an entirely different dining experience. It offers a pair of character meals, a morning meeting with Alice in Wonderland and Mary Poppins characters, and a dinner with Cinderella and her family. That means that her wicked stepmother and evil stepsisters hang out with you. And they are hysterical. They crack wise, simultaneously busting on their unwelcome sibling and all the dinner patrons. In terms of dinner and a show, Walt Disney World offers nothing above 1900 Park Fare with regards to entertainment bang for the buck.

The other two participants in the DDP are of a much higher quality, and that’s why they are listed as signature restaurants. That also means that they cost two DDP table service credits per meal. The slightly less heralded of the two is Citricos, but it still offers a decadent menu of American seafood and Mediterranean fare. It's a high-brow meal with a wonderful setting and is only open for dinner. Please be aware that it does have a (moderate) dress code, which is also true of the second nicest restaurant at the Grand Floridian. Narcoossee’s includes a unique octagonal design, and its purpose is to provide a breathtaking view of the water and surrounding Disney landscape. The food is coastal cuisine, and one of the preeminent selling points here relative to any other resort restaurant is that you can eat here while watching the fireworks at night. It too has a dress code plus a well-earned reputation as one of the most expensive meals at Walt Disney World. 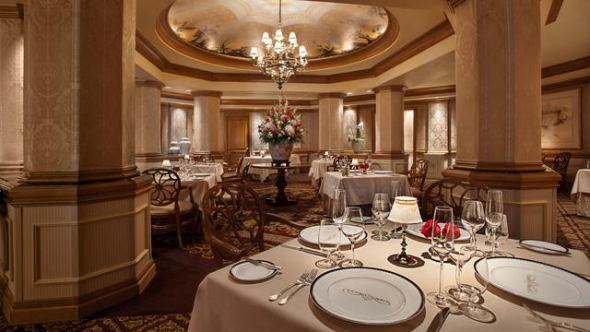 Narcoossee’s lofty meal cost is a drop in the bucket compared to the granddaddy of them all, Victoria & Albert’s. This restaurant isn’t simply the best at the hotel or the entirety of Walt Disney World. It’s arguably THE finest restaurant in North America, and it has the credentials to back up the statement. Trip Advisor currently lists it as the second best restaurant in the United States, and Victoria & Albert’s is a AAA Five Diamond Award winner. I could list literally dozens of awards it’s won in the 2000s, but you get the point. This is the meal of a lifetime, and it costs the amount of your monthly food budget to eat there. A seven-course meal with a wine pairing would cost a couple around $500. Whether you think it’s worthwhile is a personal choice, but a lot of folks hope that they’ll get to enjoy a meal at Victoria & Albert’s at some point in their lives. It aptly represents the Grand Floridian’s overall restaurant group in that it’s ambrosia from the heavens but overpriced to a comical degree.