5 Reasons You Should Never Touch the Water in Disney Parks 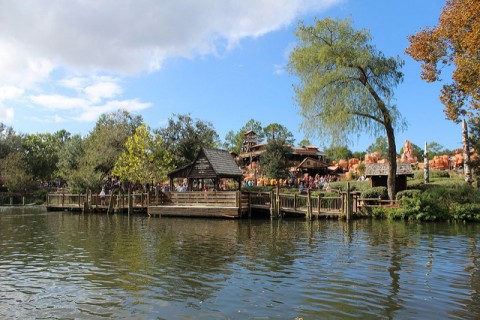 Since most areas of Disney are kept fresh and clean, it’s a common assumption that the waters are safe and clean as well. There are many places where you might encounter Disney water outside of a water park, including rides like Jungle Cruise and Splash Mountain, or transportation across the Seven Seas Lagoon and between Epcot and Disney's Hollywood Studios.

As tempting as it is to trail a hand in these waters, or even wade out on a beach and get your feet wet, this is something you should avoid at Disney at all costs. These waters have several hidden dangers as well as a few disgusting elements that you simply wouldn’t want to come into contact with. Consider these compelling reasons for steering clear of Disney water. 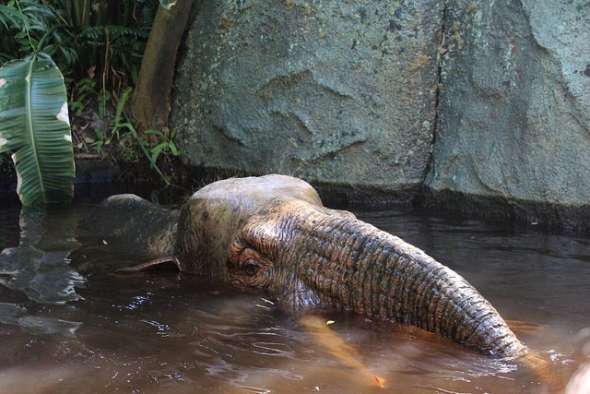 The waters of Disney are just another place where show comes into play. Crystal clear waters aren’t appropriate for any of the park’s attractions. Instead, the waters are dyed appropriately to keep them darker. This helps obscure elements like the boat track for the Liberty Belle, or the underwater animatronic parts at the Jungle Cruise. These waters aren’t naturally dark and muddy. Instead, they’re colored with a chemical dye. The seemingly natural brown hue actually has a frothy blood red appearance when it’s first added to the water in the morning before guests enter the park.

While you might be fine with taking a dip in a lake that’s just a little muddy by nature, the waters of Disney are far from naturally colored. They’re fine to look at, but the dyes aren’t something you would typically want to encounter yourself. 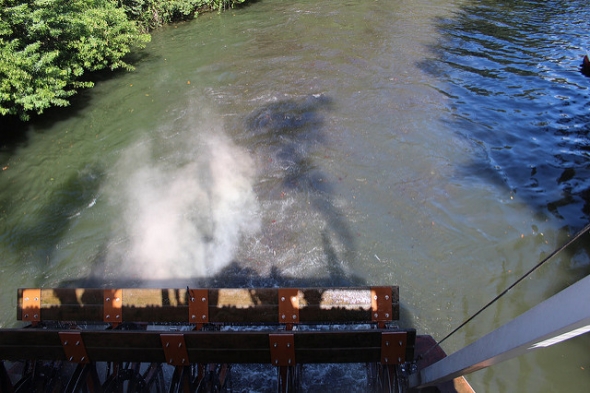 Understanding the filthy nature of the ride waters, Disney does treat its H2O with some chemicals to keep it clean. It’s highly chlorinated in most places to try and kill off the nastiest of the bacteria. Many waters also get a heavy dose of mosquito killer. You may not have actively thought about it, but there’s a distinctive lack of mosquitos at Walt Disney World, which is astonishing when you consider that these theme parks are literally built on a swamp. It takes a lot of chemical intervention to keep pesky bugs at bay, and the waters are no stranger to these treatments.

Since it’s difficult to get a detailed reading on just what exactly is in the waters, it’s best to avoid contact with them. Many people have noted how Disney water has its own distinctive smell. Though it may be a nostalgic aroma for you, don’t try to take it home.

As a cm that works those rides-yes the jungle water is bad, but your information about the tetanus shot is incorrect. It's the pirates water where you have to get a tetanus shot. Trust me. Had to get one after an evacuation and the wadders had a hole in them.