Is the Twilight Zone Tower of Tower REALLY The Best Dark Ride of All Time? 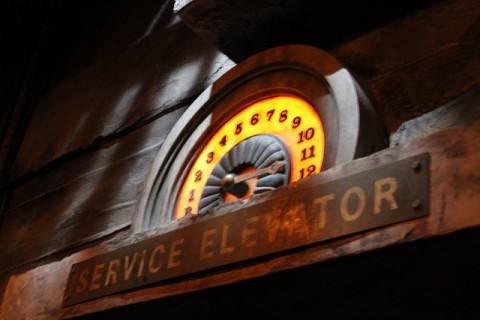 Each year, a periodical named Amusement Today encourages its readers to vote in an annual poll. The tabulation of these ballots leads to the most prestigious award in the theme park industry: The Golden Ticket Award. Recipients of this award gain bragging rights for the year as well as a potent sales pitch. They can rightfully say that expert theme park tourists have championed their creations. Winning a Golden Ticket Award is a difference maker to some parks.

Amusement Today hosts voting in several categories, some of which rank parks in categories such as friendliness and cleanliness. Other votes go toward the finest rides in the land, and that’s the topic of conversation today. During the illustrious history of the Golden Ticket Awards, a handful of dark rides have distanced themselves from the competition. These are the attractions that guests love so much that they’re annually honored as the best of the best. According to Amusement Today voting, here are the eight most popular dark rides of the 2000s.

Motion simulators are very popular with the voters in the Golden Ticket Awards. Two of the top three most popular attractions over the past 15 years feature this technology. The chief difference between DarKastle and the other two offerings is that it’s not based on a well-known intellectual property/brand.

Instead, the ride designers at Busch Gardens Williamsburg had free reign to open their imaginations. Their output is a triumph of creativity and ingenuity. The Curse of DarKastle tells the story of Prince Ludwig, a small boy who receives a prophecy about his future. He will become a despot, the mad king who mercilessly rules over his people. Rather than view this warning as a Ghost of Christmas Future scenario, Ludwig embraces his destiny, goes mad, and wipes out a lot of people, including his own parents.

You the rider find yourself whisked away to the gothic manor Ludwig calls home…and you are NOT an invited guest. The 3D dark ride entails your attempted escape from DarKastle, a gothic nightmare where your only helper is the mother of the villain. And she’s a ghost. It’s one of the most exposition-heavy rides in the entire world, but all the information quickly draws you into this supernatural realm where evil is at every turn. The 3D effects are particularly engrossing, my favorite being when Ludwig develops a literal snake-tongue. Eat your heart out, Voldemort! The Curse of DarKastle is a triumph of storytelling that should be on every theme park tourist’s must list.

7. Journey to the Center of the Earth - Tokyo DisneySea

Inimitable attractions with splashy colors are the hallmark of Tokyo DisneySea, the place that many consider the greatest themed park in the entire world. One of the shiniest, most spectacular attractions there is Journey to the Center of the Earth, a dark ride that whisks guests underground, tunneling through magma to discover the hidden mysteries at the planet’s core.

The denizens of this realm are intimidating and terrifying, but the scenery is majestic. You’ll feel a sense of wonder as you explore every distinctive set piece on your journey. Then, you’ll enjoy a sudden burst of adrenaline as the underlying technology, the same apparatus powering Test Track and Radiator Springs Racers, thrusts you into darkness at maximum velocity. It’s a clever inversion of Test Track’s switch from the darkness of indoors into the bright light of the outdoors rush to 65 miles per hour.

While Journey to the Center of the Earth maxes out at 47 miles per hour, it uses the same psychology as Space Mountain. The darkness makes you feel like you’re out of control, maybe even heading off the tracks as your careen into the void. When you finally reach a lighted area again, your reward is an unforgettable view of the most beautiful theme park in Asia. This dark ride is a masterful blend of exotic set pieces and pure power. If you ever visit Tokyo DisneySea – and you really should – it’s one of their finest creations.