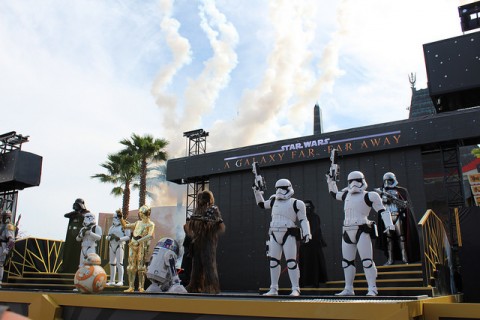 The Force isn’t with Disney’s Hollywood Studios yet, but that day is approaching. After 30 years of Star Tours and Star Wars Weekends, The Walt Disney Company trusted the greatest creation of Lucasfilm enough to go all-in on the premise. Beginning sometime in the near future, a park celebrating classic Hollywood cinema will become synonymous with the continuing adventurers of the Jedi, those noble warrior-monks with vicious glow sticks.

Anyone born from, say, 1965 on, has lived in a world where Star Wars receives reverential treatment as one of the greatest stories of our era. At this point, only Harry Potter is even in the conversation, and that symmetry will have relevance we’ll discuss in a moment. In a world where debates about the premature death of Darth Maul, the argument of Han Solo shooting first, and the inappropriateness of Luke and Leia’s relationship all evoke passionate responses, an entire theme park predicated on the Star Wars universe is both financially and artistically sound. But what events led to Disney building Star Wars Land? In the latest edition of Turning Point, we’ll discuss the circumstances that caused Disney to pull the plug on its original vision for a Hollywood theme park, thereby turning to the Dark Side of themed lands. 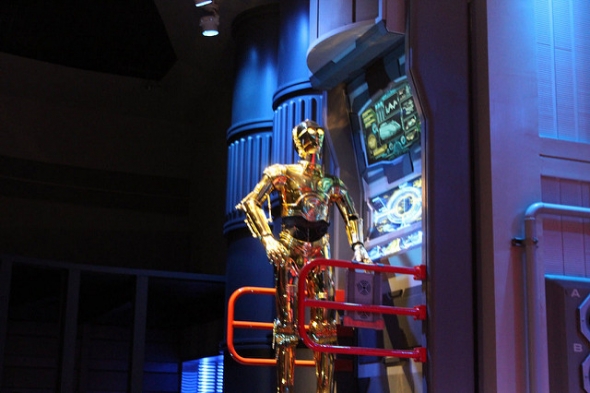 At the turn of the millennium, Disney owned all five of the most popular theme parks in North America. Disneyland sold the second-largest number of tickets with 13.9 million. The rest of the top five were all gates at Walt Disney World. The most popular of them was Magic Kingdom, showing that some things never change. Epcot finished in third with 10.6 million, far behind Magic Kingdom’s 15.4 million.

The real story involved the third and fourth gates at Walt Disney World. During the year 2000, Disney’s Hollywood Studios claimed attendance of 8.9 million while Disney’s Animal Kingdom managed 8.3 million. The two half-day parks in combination barely edged Magic Kingdom in attendance, a demonstration of the staying power of the most popular theme park on the planet. Amusingly, Magic Kingdom didn’t hold that title in 2000, finishing second to Tokyo Disneyland, which managed 16.5 million that year. But the historical data isn’t the point here.

What’s relevant is that Hollywood Studios was the third most popular theme park in North America and one of the most popular vacation destinations in the entire world. Over the next 15 years, not much changed, and that was the problem for Disney execs. While Magic Kingdom expanded its appeal, growing to 20.5 million visitors in 2015, the other gates were relatively static in popularity. Epcot increased to 11.8 million guests over the same timeframe. The two primary Walt Disney World gates improved 24 percent and 11 percent, respectively.

The same wasn’t true of Hollywood Studios. Its growth was stunted. During the 2014 season, only 10.3 million guests visited the park. While it had improved by 1.4 million guests from the 2000 campaign, something more troubling had transpired. Animal Kingdom had surpassed it in popularity. Despite starting 600,000 visitors behind Hollywood Studios in 2000, Animal Kingdom’s 10.4 million beat it in 2014. 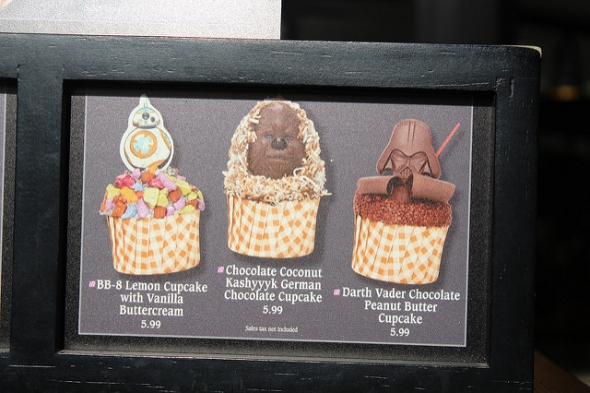 How long ago was 1997? Well, the earliest fanboys on the internet were breathlessly anticipating the first Star Wars prequel, a film project that one major publication described as the most important movie of all-time. With the benefit of two decades of hindsight, well, you know. Still, the build-up to the release of Star Wars: Episode I – The Phantom Menace was inarguably the peak of Star Wars mania from 1984 to 2015.

Disney execs had befriended George Lucas during the creation of Star Tours. He confided to them that he had plans in place to re-release the entire Star Wars trilogy using improved special effects. Both parties appreciated a unique opportunity for mutual benefit. Lucas could centralize the celebration of his remastered classics and the build-up to the upcoming release of the first prequel. Meanwhile, Disney, as hosts of the event, would reap the rewards of a lot of Star Wars fans visiting the parks.

Path of the Jedi 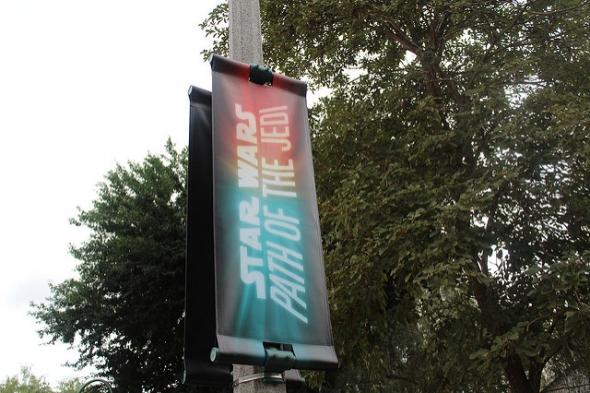 Since these diehard fanboys had a well-earned reputation as devoted followers who would do anything to support the franchise, everyone felt confident that the Star Wars Weekend celebration was a guaranteed hit. And no theme park better fit the premise than Hollywood Studios, which already championed classic movies. The re-release of Star Wars quickly dominated the box office landscape in 1997, finishing in first place for three straight weekends despite the fact that it was a 20-year-old movie at its core. Amusingly, the film that replaced it at number one at the box office was – you guessed it – The Empire Strikes Back. All of this happened in February of 1997.

Not coincidentally, the first iteration of Star Wars Weekends was held in February to maximize the popularity of the franchise at the time. Suffice to say that it worked brilliantly. All parties walked away from the gathering feeling as if they’d achieved their goals. Star Wars was more popular than it had been since 1983, arguably even 1980. Star Wars fans felt like the mother ship had called them home for a time, and they loved the Disney touches accentuating their beloved Star Wars stories. And Disney liked grabbing a lot of disposable income from folks who otherwise wouldn’t have visited the parks.

You know the story from here. Disney brought back Star Wars Weekends every year from 2000 to 2015 save for 2002. It quickly became the signature event on the May calendar at Hollywood Studios. Anyone who visited the park on those days as opposed to normal ones understands the massive appeal of Star Wars as a brand. Suffice to say that Star Wars Weekends were an epic success story for a theme park that largely lacked them.

Still mad they discontinued Star Wars Weekends. Doesn't make any sense to me they must have been pulling in a ton of money. Also it was a lot more fun because everyone there was a huge Star Wars fan whereas now quite a few that go through the Star Wars launch bay are not so the energy isn't there like it was during Star Wars Weekends.

LOL! Wishful thinking! It will have taken Pandora 5+ years to open from announcement to next summer's officially announced opening. I wouldn't expect to see a Star Wars land on either coast open before 2020, and likely later.

Correction: There is no longer a debate on whether Darth Maul died prematurely because he lived. He was revived in Star Wars: The Clone Wars (the television series) and is now apart of the current animated show Star Wars Rebels on Disney XD.