Here's How the Rich and Famous Do Disney 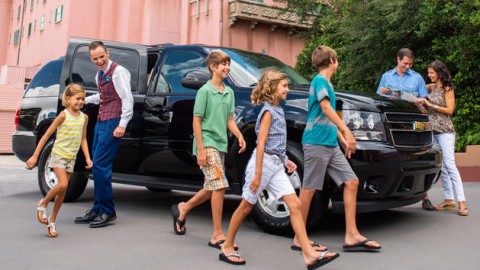 Disney theme parks have two sets of rules. Regular folks visit the Happiest Place on Earth, and Disney tries to persuade them to empty their bank accounts before leaving. The corporate philosophy is that these guests should have just enough money to tip the maid and the cabbie on the way out, and that’s it.

Simultaneously, Disney caters to the whales. These are the bigwigs with virtually unlimited bank accounts. They’re so rich that they live off the interest of their money, never touching the principal. They’re also among the most famous celebrities in all the land. While you might expect that Disney wants them to show up each day at the park, drawing crowds wherever they go, the truth is somewhat different.

Celebrities and billionaires are just like the rest of the human race. They grew up hearing wonderful things about Disney theme parks, and they loved Disney movies and television shows. Heading to Disneyland or Walt Disney World is like the mothership calling Disney fans home. The cultural elite are just as susceptible to its siren song.

Running a public business that caters to millions of annual guests comes with a catch. A few of the park visitors are rich or famous or both. Disney has to find that delicate balance that assures the best possible day at the Happiest Place on Earth for celebrities, gawkers, and oblivious observers. They also have to sell a product to guests with limited financial means and those with almost unlimited assets. This complication is one of the hidden intricacies of managing Disney theme parks. Disney wants to sell to everyone, but they earn their highest profit margins from the richest guests. 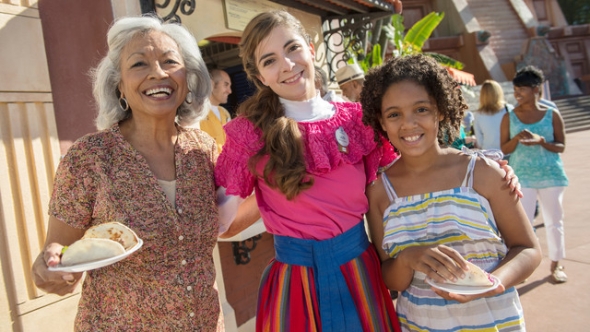 In this article, I’ll discuss the intricacies of a VIP Tour, explaining how the system works from the Disney perspective as well as that of a theme park tourist. Then, I’ll detail the origins of the program plus a few variations including a secret VIP program you may not even realize exists. So, without further ado, let’s see how the other half lives… 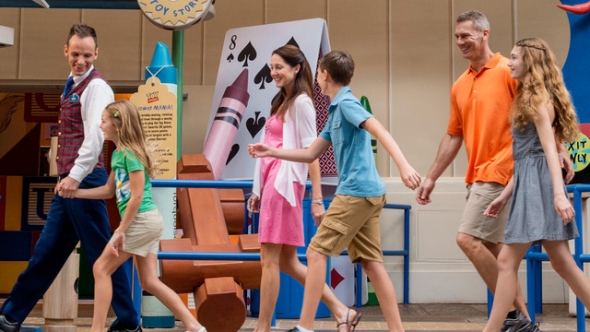 Let’s cover the basics first. The Disney VIP program is a way for wealthier individuals and families to maximize their day at a theme park. For a minimum of $400 per hour, a Disney cast member will function as a tour guide. Their sole job duty that day is to ensure that the person on the tour has a wonderful time. They’re incentivized to do this since the VIP guest is paying at least $2,800. That’s because Disney won’t offer the service for less than seven hours. Even a participant who cannot spend that long at the park gets billed for the full seven hours.

How much is $2,800? Think about it in these terms. The average American household earns $53,657 annually. That’s about $4,472 per month. A regular family would have to spend 63 percent of their monthly income to enjoy a single VIP Tour. Factoring in food, housing, and incidentals, an ordinary person would have to save for a long time to purchase a single VIP day at Disney. Clearly, this option isn’t for everybody.

What does the buyer receive for their money? The answer is equal parts “a lot” and “not as much as you’d expect.” Someone who schedules a VIP Tour can bring along up to nine friends (but note that children, even if they’re only a month old, count toward this total). They can actually do much more than that, but Disney charges for each additional group of 10. If you have 50 people in your VIP party – and I swear that this does happen – Disney will charge you for five different VIP Tours. That’s $2,000 per hour with a minimum overall payment of $12,000.

In exchange for a generous donation to the Uncle Walt Fund, the purchaser gets to walk around a Disney theme park like they own the place. They receive pick-up at their resort (and it doesn’t have to be a Disney one) and an escort to the park of their choice. VIPs do have to pass through the front gate to verify they have admission to the theme park in question, though.  Amazingly, it’s not included in the $2,800 VIP Tour charge.

The challenges of guiding a tour 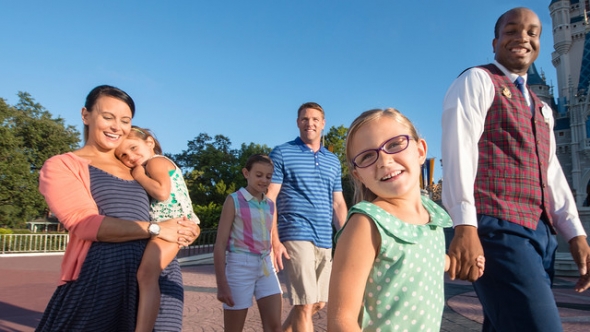 Once inside, the Tour Guide takes the VIP on all the rides they want. If the family has an explicit itinerary for the day, the cast member will follow it as closely as possible. When the family is up in the air about their plans, the word “guide” becomes more literal.

The Disney employee asks questions intended to learn more about the family. If this isn’t the first VIP Tour the party has taken, the guide isn’t flying blind. Disney collates data about past appearances, annotating details about places and things that the family enjoy enjoys. For the first VIP Tour, the cast member is in a lot of trouble if their group is ambivalent about plans. They have to push choices, which are a chore, even with kindly clients.

Your favorite ride might be one that your partner/best friend hates and vice versa. The Tour Guide has to earn a majority vote quickly to proceed. They understand that the buyer is on the clock. While money may (or may not) be an object to the purchaser, they still need to exit the park feeling as if they received great value on their expensive VIP Tour. Otherwise, they won’t do it again, and they won’t refer their other wealthy friends. The opportunity cost of a single bad tour is tremendous for the company. A client who wants a week’s worth of VIP Tours will pay a minimum of $19,600. Meanwhile, a seven-day park admission costs less than $500.

Excellent article again. Fascinating to see the behind the scenes articles like this that I would never be able to learn otherwise.