6 Unbelievable Snacks Everyone Should Hoard at Walt Disney World 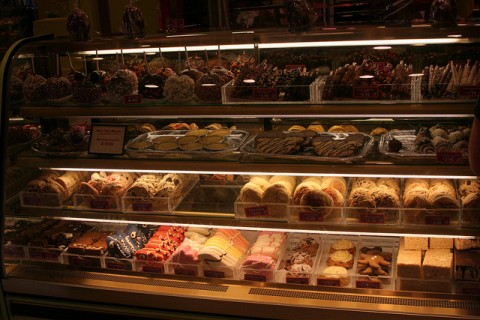 We all know the worst part of a trip to Walt Disney World: The end. For most of us, the first day of our vacation cannot come soon enough, but once it does, we hope the final day takes eons to get here. Yet, the opposite usually is the case – those last 7 days before a Disney trip feel like an eternity, but the handful of days you spent in Central Florida fly by like a blur. It's a shame.

But, one of the ways we cope with that withdrawal is by bringing a bit of the World home with us every time we go. Maybe it's a sharp t-shirt. Maybe it's an adorable plush figure. Maybe it's that awesome pin, that perfect photo, or that hilarious autograph. Whatever it is that we bring back, it keeps us connected to Walt Disney World -- even when we aren't going back for a while.

While having souvenirs and memories is nice, it's not quite equivalent to the same sensory overload that happens when you're standing in Orlando. Nevertheless, there are ways of bringing some of those sensations home with you – including the two that are the most linked to memory: smell and taste.

Here's what I'd suggest to help cope with those long, Disney-less days between trips to Orlando: You can (and should) bring some Disney snacks home with you.

I know, it seems obvious - but you'd be surprised by the smile you'll wear when you sit down and gobble up one of these treats from the comfort of your own home. Close your eyes and you'll be transported back on vacation.

These aren't necessarily the most well-known Disney snacks – you can't hardly bring a Dole Whip home to Detroit, now can you – but they are delicious and, importantly, easy to take with you.

Here are six snacks that are perfect to take home from Walt Disney World. They'll all travel well (you know, assuming you don't eat them on the drive back):

1. All the concoctions of Goofy's Candy Company 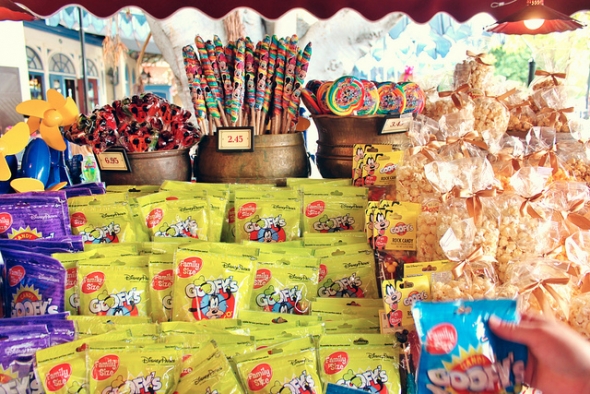 Let's start with the simplest of simple pleasures: Candy. You've no doubt grabbed a pack of tart, tiny morsels of sugary goodness at a kiosk somewhere in the parks in a desperate move to help pick yourself up from that mid-afternoon lull. We have all been there, and there is no shame in pulling off that veteran move.

Personally, I've found that grabbing a pack of candy early in the day from one of the attraction gift shops gives me enough time to forget that I've bought it. Then, when I'm standing in a long line later that afternoon, I'll remember and have a bit of candy to enjoy. Feel free to steal that tip.

But the real trick is to buy some candy at your resort and pack it away in your luggage. Then, when you get home and start unpacking after your trip, you'll find a secret stash of candy – one taste, and you'll be transported back to the Vacation Kingdom. 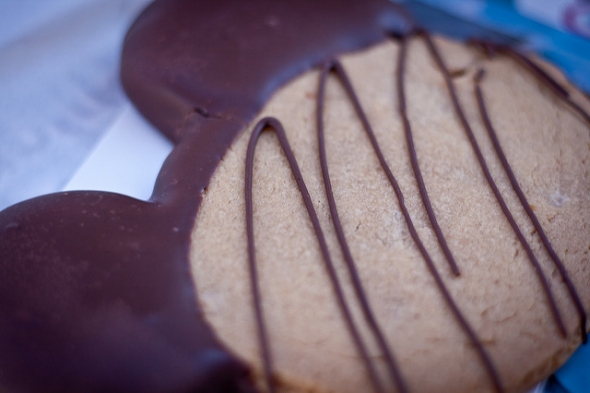 It is an immutable law of nature that any food can be improved by forming it into the shape of Mickey Mouse. Disney has proven this time and time again: Mickey waffles, Mickey candied apples, Mickey pancakes, Mickey ice cream bars, etc.

But of all the Mickey-shaped foods, there is one which stands alone – and it so happens to be portable. I'm talking about the Mickey Mouse-shaped cookie. But this isn't just any cookie: This one's dipped in chocolate.

It is decadent, delicious, and roughly the size of your face. The ears alone would be sizable cookies, but when combined with the rest of the treat, it's as much a challenge as a fun dessert.

The easiest place to grab these are at the Confectionery on Main Street USA, but many of the resorts carry them in their bakeries as well. Grab a couple for the road: There's enough cookie and chocolate there to feed army for three weeks. 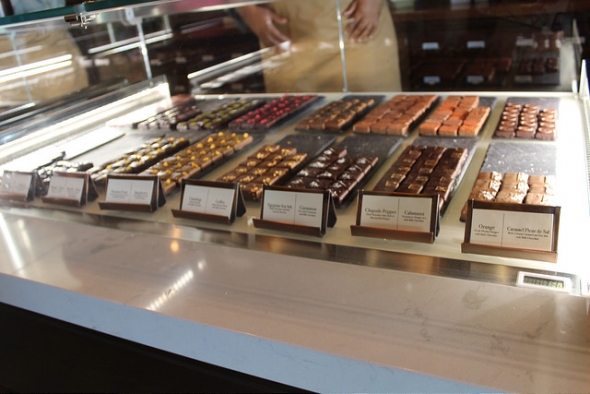 When Disney announced its intention to reimagine Downtown Disney as Disney Springs, everyone knew the new area would be exciting, packed with things to do, and a breath of fresh air at a location that desperately needed some innovation. What we couldn't have seen coming, however, was that it would quickly become the epicenter of Disney food. In a matter of months, restaurants ranging from The Boathouse to Morimoto opened and began serving guests delicious culinary creations.

With so many places to eat and relax, it's hard to settle on just one for lunch or dinner. But no matter where you choose to dine, save room for dessert at the Ganachery.

I'd worry about overselling it, but it's chocolate, so that's impossible. Just make sure you don't eat it all before you get home.

Of course, like anything at Disney, the chocolate at the Ganachery is somewhat expensive. But look at it this way: You're not just paying for chocolate. You're paying for the moment a few days after you return home, when you sit on the couch, pop a chocolate in your mouth, and picture yourself on the balcony of your resort room.

Compared to a several-thousand-dollar vacation, that little escape is quite the bargain.