6 Chilling Details You May Have Missed in Disney's Haunted Mansion 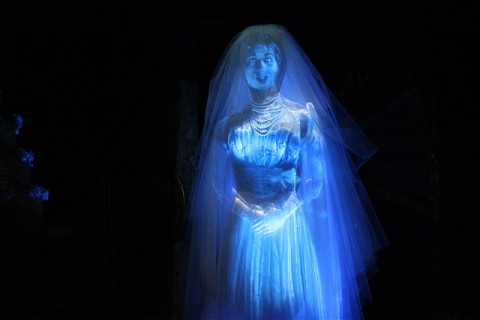 The Haunted Mansion has one of the most complex story lines of any ride at Walt Disney World.

Rumors run rampant about the strange tales and mysterious details included in this attraction. Here are a handful of fascinating tidbits to look for on your next trip through this chilling attraction... 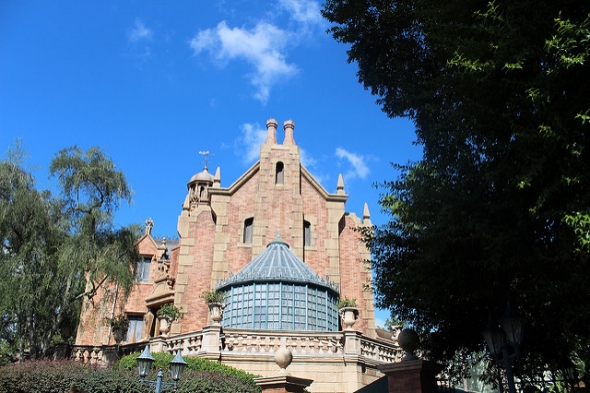 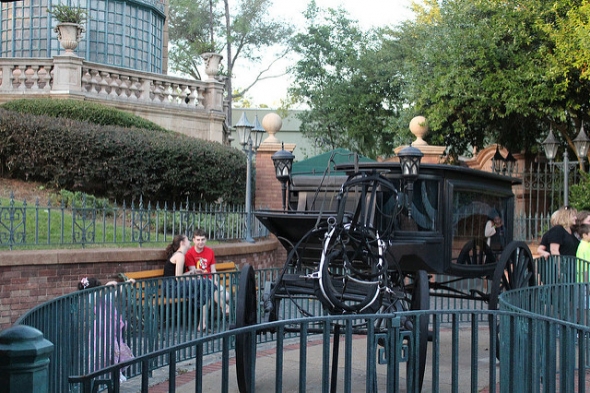 The lawn in front of the Haunted Mansion is designed to look a little worse for the wear. The ghostly building doesn’t get the landscaping attention it needs, as its inhabitants are no longer of this world. To achieve this look, the grass on the lawn is cut by hand. This doesn’t happen right on the front lawn, however. The grassy expanse you see in front of the mansion is really sod laid over plywood that covers a maintenance area, so instead of trimming the grass, the sod is simply re-laid regularly. 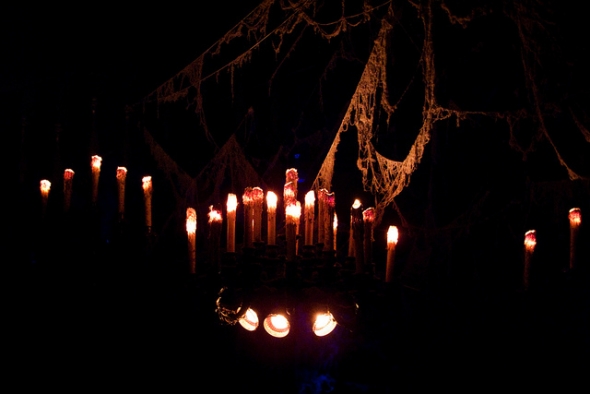 Guests often wonder if the generous layer of cobwebs throughout the Haunted Mansion is authentic. Surely one could achieve the effect realistically simply by neglecting their housekeeping duties? Alas, the cobwebs at the mansion require far more work. They’re made from a secret proprietary material that’s applied with a propulsion gun. The cobwebs only last for a couple weeks before the general accumulation of real dust and debris from thousands of passing guests makes them too grimy to stay up. The mansion gets new cobwebs twice a month.

The crossover to the Tower of Terror is for the history books.