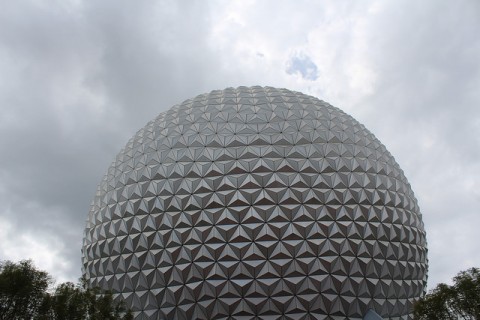 The Happiest Place on Earth provides the ultimate in escapism. You know that it’s always out there, and so you anxiously anticipate your next visit. You want to leave all your troubles behind by entering the Disney Bubble. Here, you’re completely immune to the struggles of the outside world. All you know is Disney, and that’s all you need and want.

Alas, life sometimes supersedes the genteel. No matter how strong a sensation you might have about leaving the world behind when you’re at a Disney theme park, it’s artificial. I’m not trying to ruin your illusion or shortchange the process. I’m simply stating that even while you’re vacationing in a place of total joy, the wheels of life keep on spinning around you.

The next time you read the headlines about an event so dramatic that it forces the closure of a theme park, think about the situation from the perspective of Disney employees. The responsibility park planners face in protecting their charges comes with incredible pressure. At times, they must make decisions regarding the welfare of thousands of unsuspecting guests as well as cast members. They don’t take this burden lightly.

When cities such as Anaheim and Orlando are beset with difficulties, the brain trust at the Mouse House must weigh all the available information. It’s a grim responsibility rarely appreciated by the millions of guests who pass through Disney theme parks each month. And sometimes, the choices that Disney park planners must select require the closing of the front gates. Such cataclysmic events have transpired only a few times in the history of the Happiest and Most Magical Places on Earth. What follows is a discussion of the handful of instances that Disney shut down for the day - inspired, of course, by the recent closures forced by Hurricane Matthew.

Death of a President 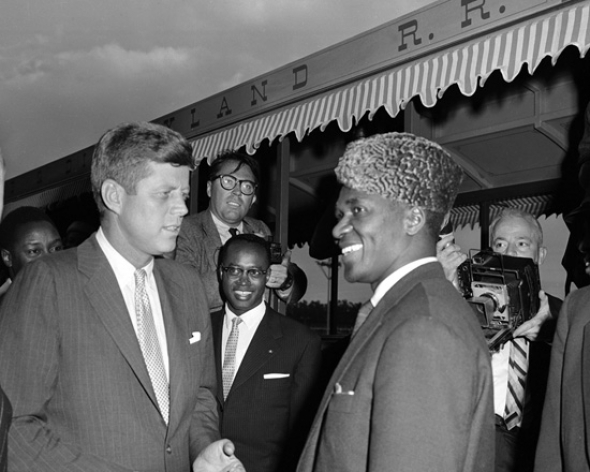 In October of 1959, the offseason for the Happiest Place on Earth, an innocuous visit became a fascinating bit of Disney folklore. The visitor in question was a Massachusetts Senator who would make global headlines 13 months later. At that point, he won the election to become the 35th President of the United States. Two years after that, on an ill-fated day in Dallas, Texas, an assassin shot him. John Fitzgerald Kennedy died only a few minutes later. He was only 46, and the tragedy of his death lingers to this day.

Prior to his time as POTUS, Kennedy had done something novel at Disneyland. He hadn’t visited for the rides, the performances, or the Davy Crockett memorabilia. He arrived with one goal in mind. He held a diplomatic meeting with Ahmed Sékou Touré, who was the recently elected President of Guinea. Touré was only 37 when the two men met, making him five years younger than Kennedy. They connected due to their youthful outlook on the world.

Why were they talking? Kennedy held a specific title at the time. He was chairman of the Subcommittee on Africa of the Senate Committee on Foreign Relations. The two leaders shared a mutual interest: Guinean independence. Kennedy flew out to the West Coast in order to meet his counterpart at the Happiest Place on Earth. The two of them agreed that they could hide in plain sight by meeting at such a popular tourist destination. Given that few pictures exist of this meeting, their logic, while unusual, was sound. They made inroads that day that carried over to JFK's brief tenure as POTUS.

Kennedy’s death led to an odd historical footnote, one that even Disney archivists get wrong. The man the world called JFK died on a Friday afternoon. As a tribute to the Democrat whose political beliefs ran counter to the founder of the company, staunch Republican Walt Disney, Disneyland closed. As is oftentimes reported, however, the park didn’t close early on the day that the assassination transpired. Instead, Walt Disney himself made the decision to close the park on the following day, which was Saturday, November, 23, 1963. 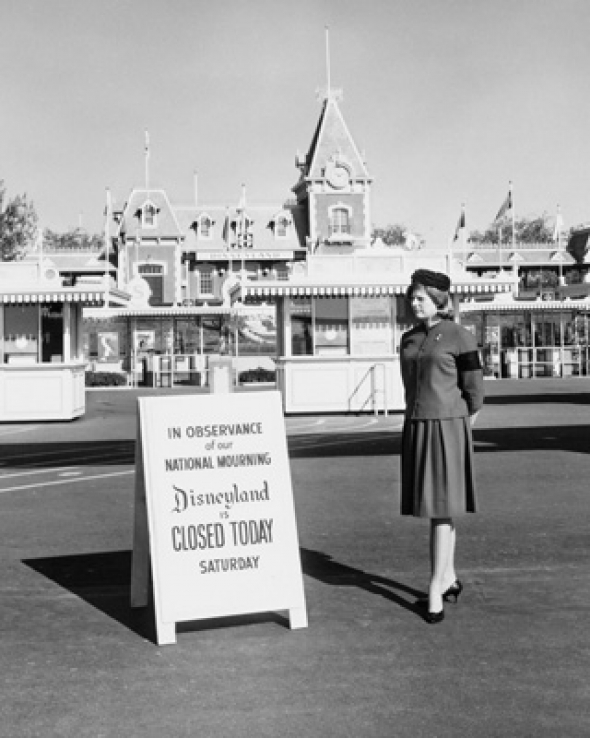 A famous picture exists of a Disney cast member standing beside a sign that informed guests of the closure. The situation wasn’t quite as novel at the time, though. In its earliest years, Disneyland already closed on Mondays and Tuesdays during the downtimes on the park calendar. While the unannounced Saturday shutdown was a first in the history of Disneyland, it was a trivial concern to Americans, who were still mourning the death of the President.

Perhaps the oddest twist to the story is a bit of Disney trivia. Research suggests that on the same day Uncle Walt was making the call to close the gates at Disneyland, he also discovered the land that would become Walt Disney World. According to this account, Disney acquired a 12,000-acre parcel from the Demetree cousins, Bill and Jack, in the hours that followed JFK’s assassination. Then, when Uncle Walt refueled his plane in New Orleans, vexed cast members finally got in contact with him to alert him to the death of the American President. It was at this point that he respectfully chose to shutter the park the following day.

I was there during 9/11. My partner and I had flown down on the 8th for a short vacation for his birthday. We had gone to Epcot that morning, rode Test Track, and was headed towards the Living Seas when we were stopped by cast members telling us to head towards the exit, the park was closed. Someone asked why, and they said the twin towers in NY had been attacked and were no more. We didn't believe it, and walked to our car in the parking lot. We sat there and flipped on the radio, and sure enough it was true. Driving out, the traffic was jammed up getting around, and we finally made it back to Port Orleans French Quarter where we were staying . We turned on the tv and of course it was all over the news, it was so emotional. I called my mom at that point, as I had not told her I was going out of town, and we both started crying, it could have been my plane, you never know. We went to the pool, and it was absolutely packed, not a space not taken. Disney was on 'extreme lockdown', so you weren't allowed into any other resorts or anywhere else on Disney property, so we camped out by the pool for awhile with everyone else in stunned unity. We were supposed to fly home on the 12th, and we quickly learned that no flights would be going out anytime soon, so we went to the front desk and they offered us a free night on Wednesday, that was so great. The next morning, it was so surreal... what do you do? Do we go to the park and try to enjoy it amidst such a huge tragedy? We decided to go, and Disney already had the security check points in place. We didn't know when we wold get home, so we ended up staying until the weekend, hoping to be able to fly home at anytime. We went to the Magic Kingdom on Friday, which was during a tropical storm, but they had a moment of silence for the victims of 9/11 at the flagpole, it was so silent and sad, I will never forget that moment. We decided to drive our rental car home, which was a Chrysler convertible, not the best vehicle for such a long trip, as we were driving back to Connecticut, but had to go to the airport in Rhode Island first, as that's where we had flown out of and left our car. We had no choice, since air travel was still grounded and we had to get home. Driving past NY, we actually could still see smoke rising from where the towers had been. That is one trip I will never ever forget.