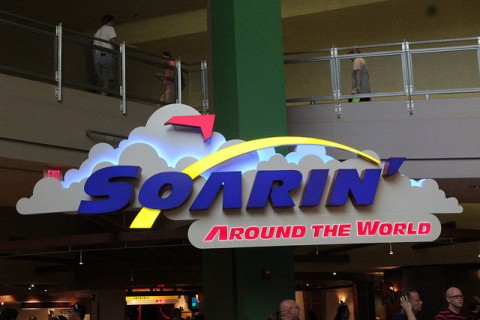 When Disney California Adventure opened in 2001, Disney fans didn't quite know what to make of it. Many of the original attractions were off-the-shelf carnival rides, and the immersive themeing which Disney famously pioneered was nowhere to be found. Some attractions, such as the oft-maligned and short-lived Superstar Limo, were seen as far too glib and throw-together. In all, it was a disappointment.

Yet, throughout all the frustration and mixed reviews, one attraction rose above (pun intended) the din. That attraction was Soarin' over California.

An immediate critical darling, Soarin' was a must-see attraction in a park that had otherwise disappointed. It was so popular, Disney copied and pasted it into Epcot's The Land pavilion in Orlando – a massive refurbishment that saw the entire pavilion undergo significant changes. And, from day one, Soarin' became one of Walt Disney World's most popular and beloved attractions, too.

Roughly 15 years after its debut in California, and about 10 following its Orlando opening, Disney reimagined the “Soarin' over California” film into a new, grander package: Soarin' around the World.

The new attraction takes guests on a flight around the globe, vising the world's most historic, notable, and beautiful sites, before returning guests back to either the Disneyland Resort or Epcot.

Yet, in doing so, Disney seems to have lost some of the magic that made the original Soarin' such a beloved attraction. Here are a few reasons why:

SPOILER WARNING: This article discusses the film portion of Soarin’ Around the World in depth. If you want to experience this attraction completely unspoiled, turn back now! 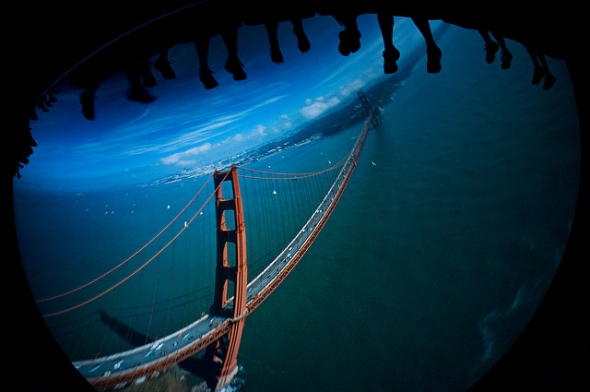 Something that will be immediately obvious to anyone experiencing the new attraction is the heavy reliance on CGI in nearly every frame of the film. From the way people or animals move in certain shots to the sharpness of the vistas, the ride's use of computer-generated images gives it something of an uncanny feeling – and one that is quite removed from the original ride's verisimilitude.

It's hard to pinpoint why, exactly, the CGI feels so out of place, but to me, it doesn't quite work because it seems to violate the central premise of the attraction. The idea is that these are the sights you would see if you hopped on a hang glider and flew around the world. However, it's difficult to suspend one's disbelief when you're confronted with these somewhat unrealistically-moving animals or figures.

The computer images simply don't feel real, which breaks the immersion of the attraction. And, ultimately, it makes the ride feel more like a gimmick. 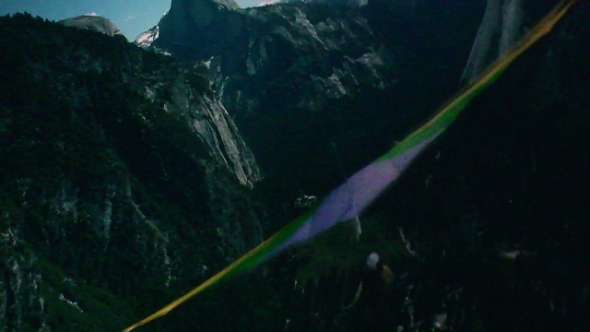 Imagine if this was coming RIGHT AT YOU!Image: inazakira, Flickr (license)

Another immediately obvious change comes when each scene transitions into the next. Instead of simply cutting from location to location, like you would in a movie or like the original attraction did, Imagineers came up with a strange and new way of moving from scene to scene.

In each sequence, some animal, object, or prop flies toward the camera and wipes the image from one scene to the next. In one scene, a bird might fly toward you – only, at the moment just before it imacts the camera, the film cuts away to the next locale.

The result is a kind of game, where as each scene begins, you start looking for the thing that will cause the transition to the next sequence: A plane, a beam of light, a kite, etc. It feels goofy and affected, and it removes the smoothness the original attraction had.

The transitions are the kind of gotcha effect that you ordinarily only see in Disney's 3-D films, which makes it all the more jarring here. An attraction that was meant to be a relaxing look at the natural beauty of the world becomes a busy and harried commute through highly-trafficked airspace.

The aspect of Soarin' over California that brought the entire attraction together into an amazing work of art was its incredible, moving score. Composed by the late Jerry Goldsmith, the Soarin' theme has since become one of the most iconic pieces of music ever written for the Disney parks. Fans were fearful that it might disappear when Disney reimagined the attraction, but to their credit, they kept the theme and rearranged it for the new film.

Now, it's almost certainly an impossible task to update the Soarin' theme in any kind of satisfying way, and it should be known that the man given that impossible task – Disney music genius Bruce Broughton – did an admirable job. But the new score lacks the kind of emotional crescendo that made the original piece such an important part of the attraction. The Soarin' over California film continually built on its theme, adding new layers and new discoveries in each sequence. The music electrified that crescendo, coloring each new image with a brighter and more emotionally tense hue. By the time we flew triumphantly over Disneyland's Main Street USA, the music had taken us on a journey every bit as moving and extraordinary as the ride.

Broughton's score couldn't possibly match that, but it seems as though the deck was stacked against him all along. The constant shifting of locations, from China, to Egypt, to India, to the South Seas, required such significant restructuring of the theme that any kind of emotional crescendo would nearly be impossible. Not only would the music need to build, we'd have to hear it transposed to a new cultural style with each edit. The result, ultimately, doesn't quite work.

It's a solid score, certainly, and it has its moments (the Eiffel Tower sceneis particularly incredible), but it's more academically impressive than emotionally resonant. You hear each version of the Soarin' theme and appreciate it, but it's hard to feel moved by it – unlike in the original.

I disagree. We ADORED this ride. Sure, we knew it was CGI, but it was fun, it felt fun, and FFS, it's a RIDE, we didn't expect the photorealism of overcrowding tourists at the Great Wall and all of the dead bodies on Everest. It was a great thrill ride and that's what we wanted.

The CGI in the new version of Soarin' is definitely the most jarring part of the revamped attraction. My wife and I both walked out and immediately commented on how much it distracts from the experience. Instead of being impressed by the landscapes you focus on unrealistic polar bears or the over enhanced version of the Tag Mahal. I think it would have been a much better experience minus the additions. I'm sure Disney have the original footage and could correct this mistake quite easily.

I got extremely ill and ended up getting nasal surgery because of the original Soarin' and its reliance on smell-o-vision. I'm happy to hear the new one won't be as hostile.

Agree completely. I originally thought I was just being stubborn when I didn't particularly care for the new version, compared to the old version. I knew I hated the smells in the new version (elephants seemed like a bad idea to me). But, the CGI was really what bothered me the most. It was so glaringly obviously CGI that it lost any feeling of natural events being captured.

Agreed on all points. I would also add that the editing of what order you go from location a, to c, to c... etc feels random and is lacking a visual storyline. The original Sorin' was much better.