6 Universal Orlando Resort Restaurants That Even Disney Fans Will Love 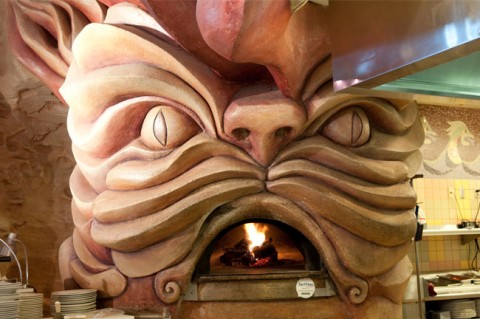 The numbers are in, and The Universal Orlando Resort is expanding in popularity at a faster rate than any other theme park in the world. Despite its current trajectory, the folks running the park could do a better job with regards to marketing. Their constant competitor, The Walt Disney Company, receives a tremendous amount of media coverage for their world-class cuisine. Meanwhile, Universal is always facing criticisms about the quality of its food.

Yes, Universal deserves much more credit for their restaurants. They’ve improved dramatically during the 21st century and now offer several of the finest theme park dining options in Florida. Ignore the haters! They’re trying to trick you into missing out on some of the tastiest bites in Orlando. Here are six of the best restaurants at Universal Orlando.

(As always, these opinions are my own, and I ask not that you agree with them, only that you try each place at least once during your travels to Harry Potterville.) 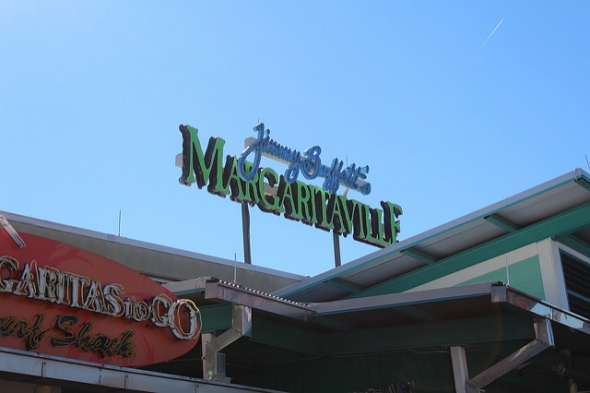 Yes, I’m starting with a controversial selection, so please let me express my biases upfront. I’m a Parrothead aka a Jimmy Buffett fan. I also married a Parrothead. We listen to Jimmy Buffett music a lot, and one of our favorite resources is Margaritaville Radio, Sirius XM Radio channel 24 on your dial. On a seemingly unrelated note, live broadcasts of this channel stem from Margaritaville Orlando.

Margaritaville is, like several of the CityWalk options, a chain restaurant. Out of them, it’s the one with the most delicious combination of tasty burgers and potent potables. No self-respecting Parrothead would frequent an establishment that lacked adult beverages worthy of the Jimmy Buffett industry, the one that’s earned him half a billion dollars and counting. Branding matters to Buffett’s business team. You can pull off a musical triple play here by ordering the paradisiacal cheeseburger, drinking a margarita and watching the restaurant’s volcano erupt. The last thing will remind Disney fans of T-Rex and Rainforest Café at Disney Springs.

Pro tip: order the volcano nachos. The last time we did this, our party of five barely got halfway through the bowl. 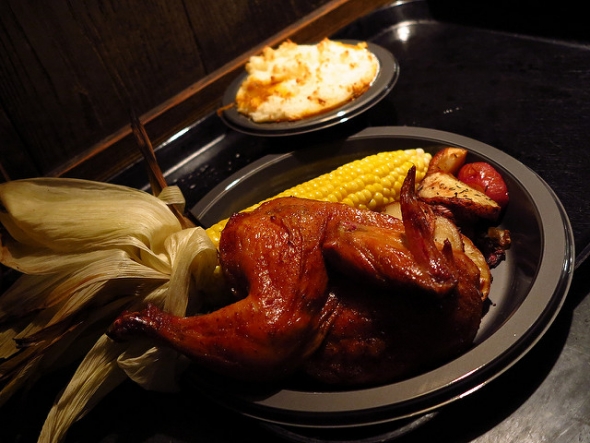 Finally, you can eat like a wizard at Hogsmeade. The first Harry Potter restaurant at Universal Orlando has since been outdone. It’s still wonderful, though. Authentic touches abound throughout the high-capacity facility. It even features an artificial second floor to foster the illusion that other wizards are sleeping comfortably in other parts of the Hogsmeade Inn.

The pride of Three Broomsticks is the Great Feast Platter, designed to serve four hungry muggles at once. At just under $50, it’s actually a surprisingly economical option for lovers of rustic, outdoorsy food such as rotisserie chicken and spareribs. If you’d rather eat a classic English staple, try the shepherd pie instead. Of course, I recommend an entirely different option here. The Three Broomsticks Restaurant is a wonderful place to eat breakfast. You can load up on carbs before a hectic morning fighting the overflow crowds at the Wizarding World of Harry Potter.

Are you a pizza lover? Have you ever engaged in an internet discussion on which city and/or country has the best style of pizza? If you’re nodding your head right now, this restaurant is like the mother ship calling you home.

The architectural design and décor of Vivo Italian Kitchen emphasizes its nature. This restaurant is for pasta lovers. Here, you can watch chefs prepare entrees from scratch, using fresh ingredients to craft gorgeous pizzas. The open kitchen is visible from the moment you enter the dining area. The chefs perform their jobs in plain sight, and the ceiling above them features a mirror. You can watch your dinner prepared from virtually any angle, and if you’re anything like me, nothing will make you hungrier than watching a chef work. Vivo Italian Kitchen delivers the best dining experience at Universal CityWalk.

Sadly Universal is beating Disney in so many ways at the moment.

You're missing a new restaurant that deserves to be on this list even though it hasn't officially opened yet - The Toothsome Chocolate Emporium! We had the opportunity to dine there on August 23rd, and the food was very very good. The Totchos were really good (it's tater tots with cheese, etc.). The burgers were excellent, and I even had fun having a Chocolate Stout - made especially for that restaurant. The milkshakes were unavailable for dessert as the machines were overworked and breaking down, but these are the biggest drawing card as they arre very large andserved in a mason jar. Check it out and see if you agree!!